Dr. Seuss’ The Grinch on Blu-ray and DVD + Giveaway 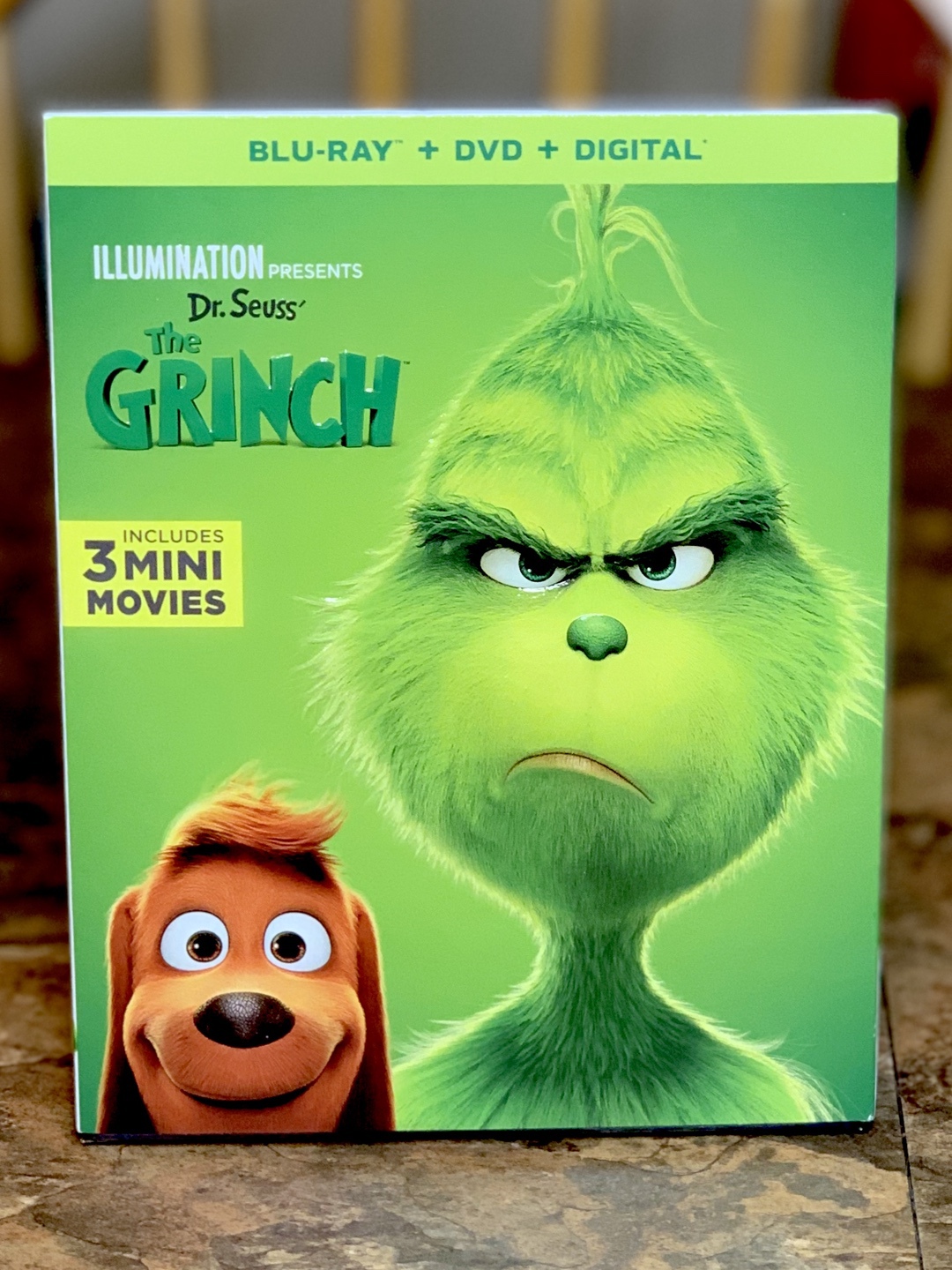 One of my favorite classic movies at Christmas time is “The Grinch,” so I was super excited when I found out that “Dr. Seuss’ The Grinch” was coming to Blu-ray and DVD. The movie became available on Digital on January 22nd, 2019 and on 4K Ultra, Blu-ray and DVD on February 5th, 2019. Plus, you can enjoy three hilarious new mini-movies featuring the Minions and Max.

Families everywhere can ring in the New Year with “Dr. Seuss’ The Grinch” on Digital and via the digital movie app MOVIES ANYWHERE on January 22, 2019, and on 4K Ultra HD, 3D Blu-ray™, Blu-ray™, DVD and On Demand on February 5, 2019. From Illumination and Universal Pictures Home Entertainment, the film based on Dr. Seuss’ beloved tale about a cynical grouch who goes on a mission to steal Christmas from others only to feel his own heart grow three sizes larger through unexpected friendships is one “the whole family can watch and enjoy,” (Kidsday/Newsday).

The new home entertainment edition contains more than 60 minutes of bonus content, including three mini-movies: “Dog Days of Winter” starring the Grinch and his heroically loyal dog Max; and “Yellow is the New Black” and “Santa’s Little Helpers,” both starring the lovable Minions. It also includes stunning featurettes, a how-to-draw tutorial and much more. Narrated by Grammy Award® winner and Oscar® nominee Pharrell Williams, Dr. Seuss’ The Grinch stars Academy Award® nominee Benedict Cumberbatch (Dr. Strange, “Sherlock”) as the infamous Grinch, who lives a solitary life inside a cave on Mt. Crumpit with only his loyal dog, Max, for company. The incredible voice cast includes Rashida Jones (“Parks and Recreation,” The Muppets) as Donna Who, Kenan Thompson (“Saturday Night Live”) as Bricklebaum, Cameron Seely (The Greatest Showman) as Cindy-Lou Who, and featuring legendary actress Angela Lansbury (Anastasia, Beauty and the Beast) as the mayor of Whoville. Funny, heartwarming and visually stunning, Dr. Seuss’ The Grinch is a perfect night in for the whole family! 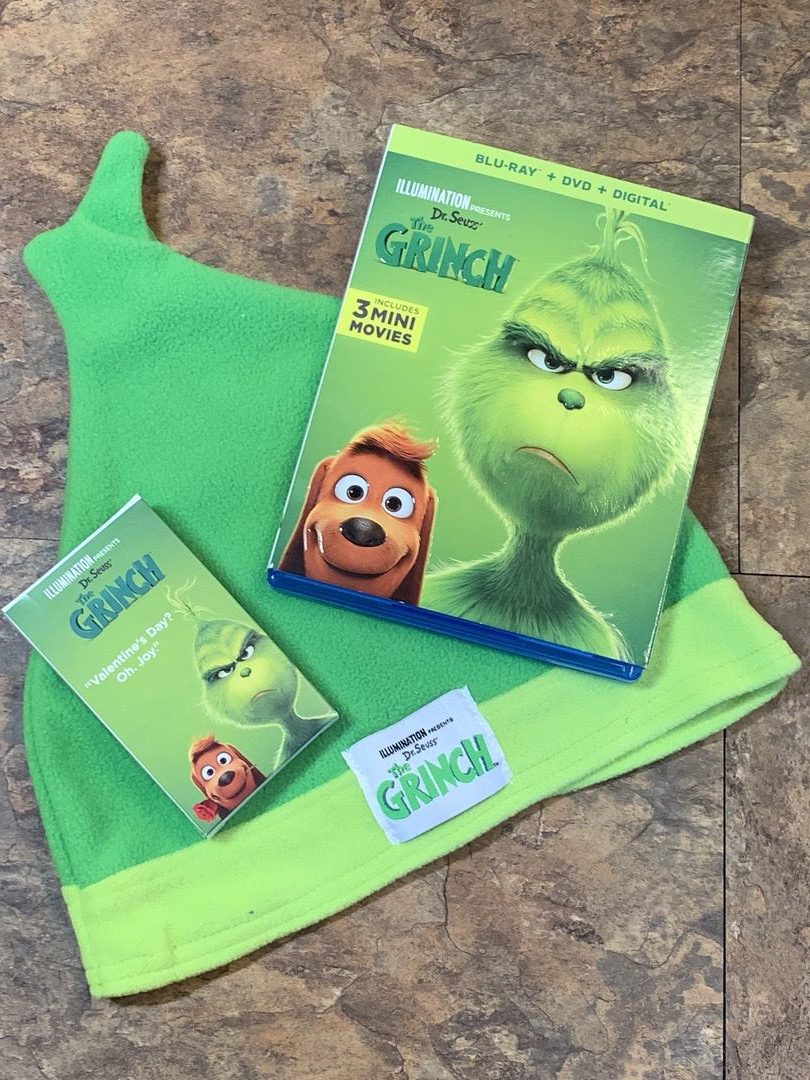 The film will be available on 4K Ultra HD in a combo pack which includes 4K Ultra HD Blu-rayTM, Blu-rayTM and Digital. The 4K Ultra HD disc will include the same bonus features as the Blu-rayTM version, all in stunning 4K resolution. 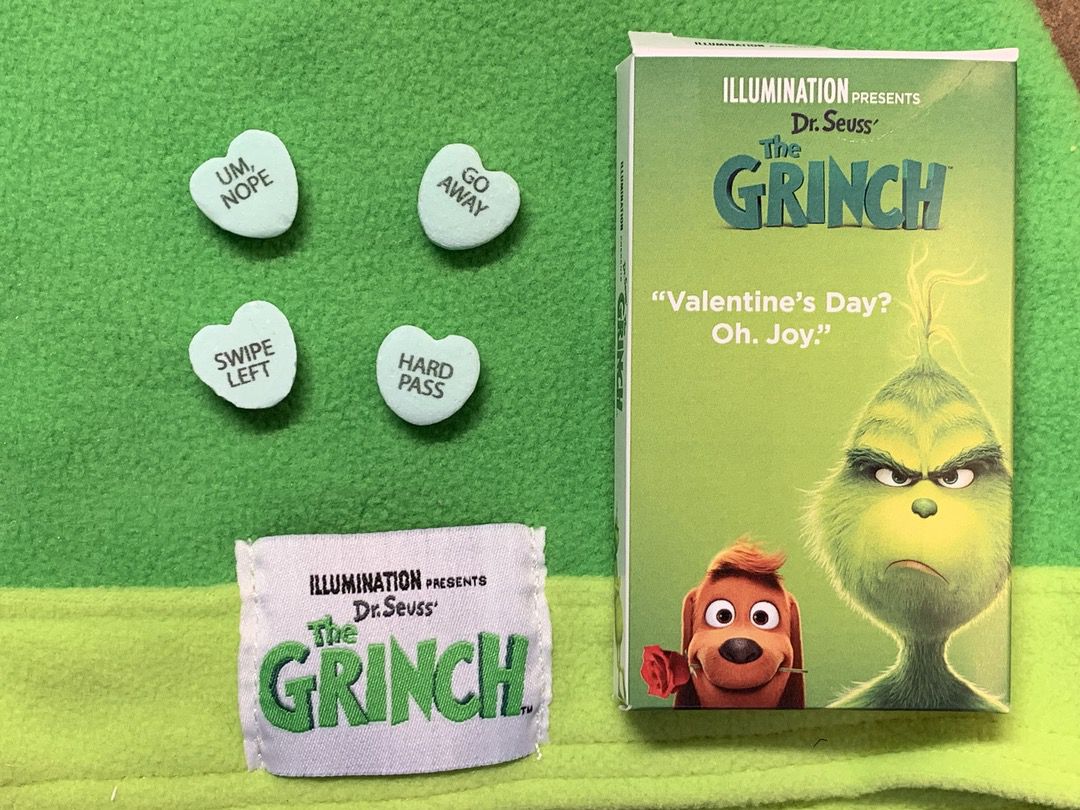 Dr. Seuss’ The Grinch 4K Ultra HD is available in Dolby Vision™. Leveraging the HDR innovation that powers Dolby’s most advanced cinemas around the world, Dolby Vision transforms the TV experience in the home by delivering greater brightness and contrast, as well as a fuller palette of rich colors.

Illumination, founded by Academy Award® nominee Chris Meledandri in 2007, is one of the entertainment industry’s leading producers of event-animated films.  The company’s franchises include three of the top-eight animated films of all time, and its iconic, beloved brands—infused with memorable and distinct characters, global appeal and cultural relevance—have grossed more than $6 billion worldwide.

Illumination was recently honored by Fast Company as one of the world’s most innovative companies.

Illumination, which has an exclusive financing and distribution partnership with Universal Pictures, has garnered an extraordinary number of franchise successes for a studio just over a decade old.  As the creator of the hugely successful world of Despicable Me, which was recently crowned the top-grossing box-office animated franchise globally, Illumination has evolved the Despicable Me series to include Minions, the third-highest-grossing animated film of all time and the most profitable film in Universal’s history, as well as the Academy Award®– nominated Despicable Me 2 and summer 2017’s Despicable Me 3, which made more than $1 billion at the global box office.

Illumination recently launched two original properties that captivated audiences worldwide: The Secret Life of Pets, which achieved the best opening for an original movie, animated or otherwise, in U.S. history, and the global smash, Sing. And in 2018, Illumination’s Dr. Seuss’s The Grinch had the biggest opening weekend of any Christmas-themed movie in history.

Founded 11 years ago with the mission of putting a smile on the face of every member of the audience, no matter their age, Illumination continues to imagine both original stories, as well as unexpected adaptations of beloved pre-existing works.

Have you watched “Dr. Seuss’ The Grinch?”
Who in your family likes it?

34 Responses to “Dr. Seuss’ The Grinch on Blu-ray and DVD + Giveaway”