Smallfoot on Blu-ray and DVD on December 11th + GIVEAWAY 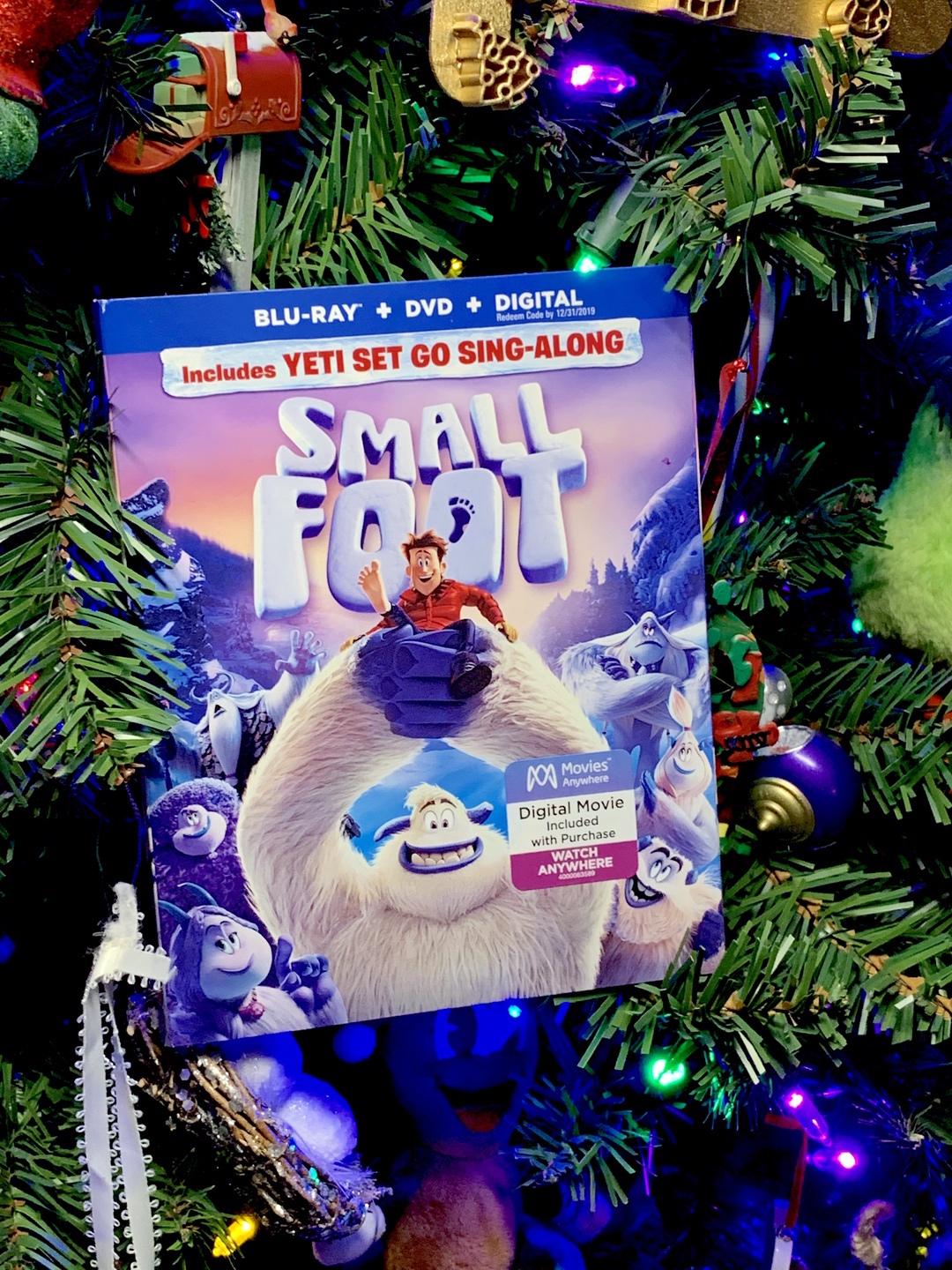 One of the things we enjoy doing as a family is watching movies together. I remember seeing the preview for “Smallfoot” in the movie theater and thought it would be a cute movie for us to watch together. I was right. It was a cute movie! On December 11th, Warner Bros. Home Entertainment released the movie, “Smallfoot” on Blu-ray and DVD (available on Digital as of December 4th).

Worlds will collide when “Smallfoot” arrives on Blu-ray Combo Pack, DVD and Digital. The film stars Channing Tatum (“21 Jump Street,” “Magic Mike,” “The Hateful Eight”) as the yeti, Migo, and James Corden (“Trolls,” TV’s “The Late Late Show with James Corden”) as the smallfoot, Percy. “Smallfoot” was directed by Karey Kirkpatrick, Annie Award-winning director of “Over the Hedge” and Annie nominee for the “Chicken Run” and “James and the Giant Peach” screenplays.

The screenplay for “Smallfoot” was written by Kirkpatrick and Clare Sera, and the screen story was written by John Requa, Glenn Ficarra and Kirkpatrick, based on the book “Yeti Tracks” by Sergio Pablos. The film was produced by Bonne Radford, Glenn Ficarra and John Requa. Nicholas Stoller, Phil Lord, Christopher Miller, Jared Stern, Kirkpatrick, Pablos, Courtenay Valenti and Allison Abbate served as executive producers. 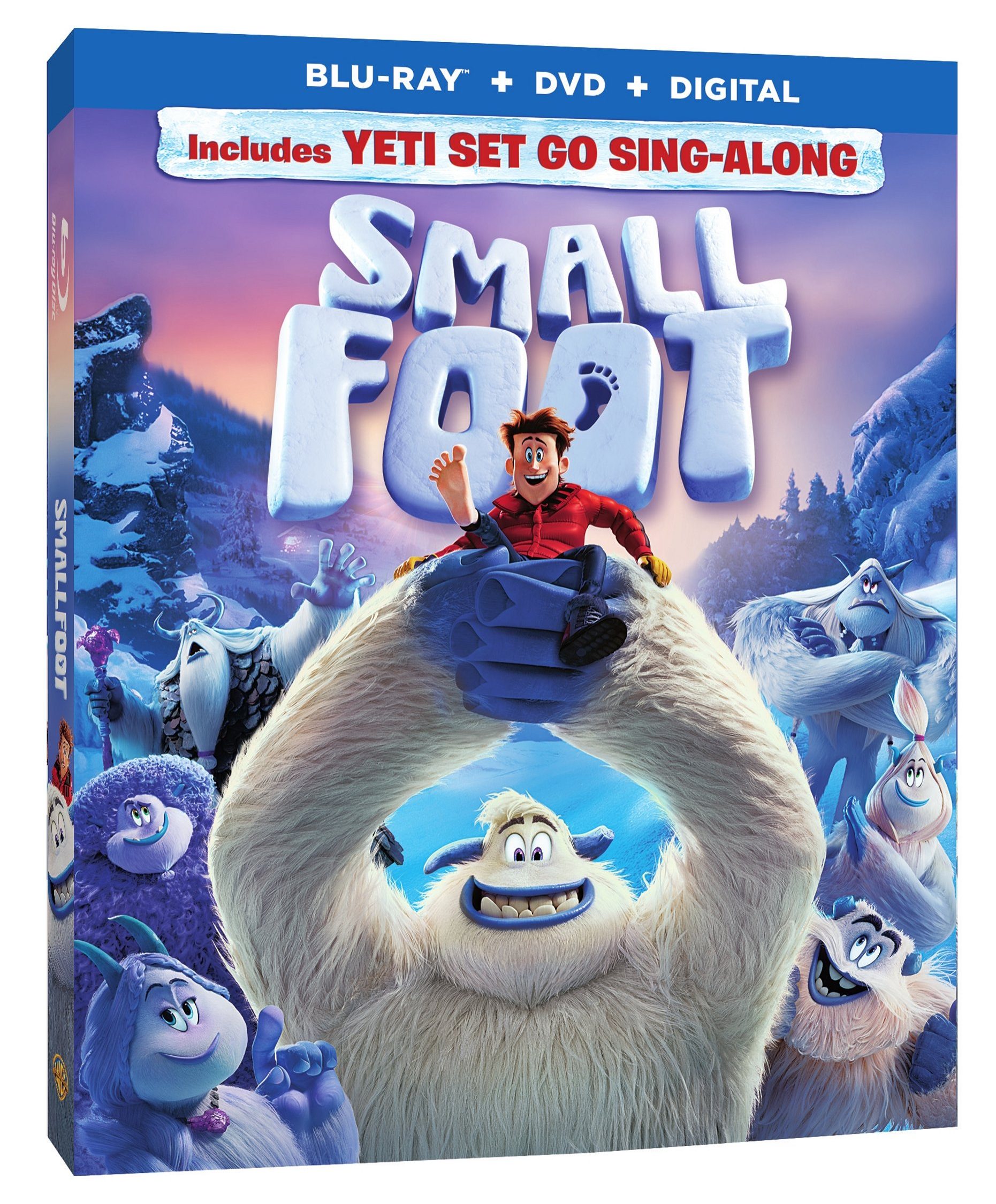 An animated adventure for all ages, with fun new music by Zendaya &amp; Common and featuring an all-star cast, “Smallfoot” turns the Bigfoot legend upside down when a bright young Yeti (Channing Tatum) finds something he thought didn’t exist—a human! News of the “smallfoot,” Percy (James Corden), throws the simple Yeti community into an uproar over what else might be out there in the big world beyond their snowy village.  This is an epic story about friendship and courage!

On December 4, “Smallfoot” became available to own in high definition and standard definition from select digital retailers including Amazon, FandangoNOW, iTunes, PlayStation, Vudu, Xbox and others. On December 11, “Smallfoot” was available digitally on Video On Demand services from cable and satellite providers, and on select gaming consoles.

Warner Bros. Home Entertainment (WBHE) brings together Warner Bros. Entertainment&#39;s home video, digital distribution and interactive entertainment businesses in order to maximize current and next-generation distribution scenarios. An industry leader since its inception, WBHE oversees the global distribution of content through packaged goods (Blu-ray Disc™ and DVD) and digital media in the form of electronic sell-through and video-on-demand via cable, satellite, online and mobile channels, and is a significant developer and publisher for console and online video game titles worldwide. WBHE distributes its product through third party retail partners and licensees.

1 lucky winner on Redhead Mom will receive a copy of “Smallfoot” on Blu-ray/DVD!!

Who in your home would enjoy watching “Smallfoot?”