This is a partnered guest post about the benefits of owning a Siberian Husky Dog.

The Siberian Husky is a popular family pet with a wolf-like look and tremendous stamina. 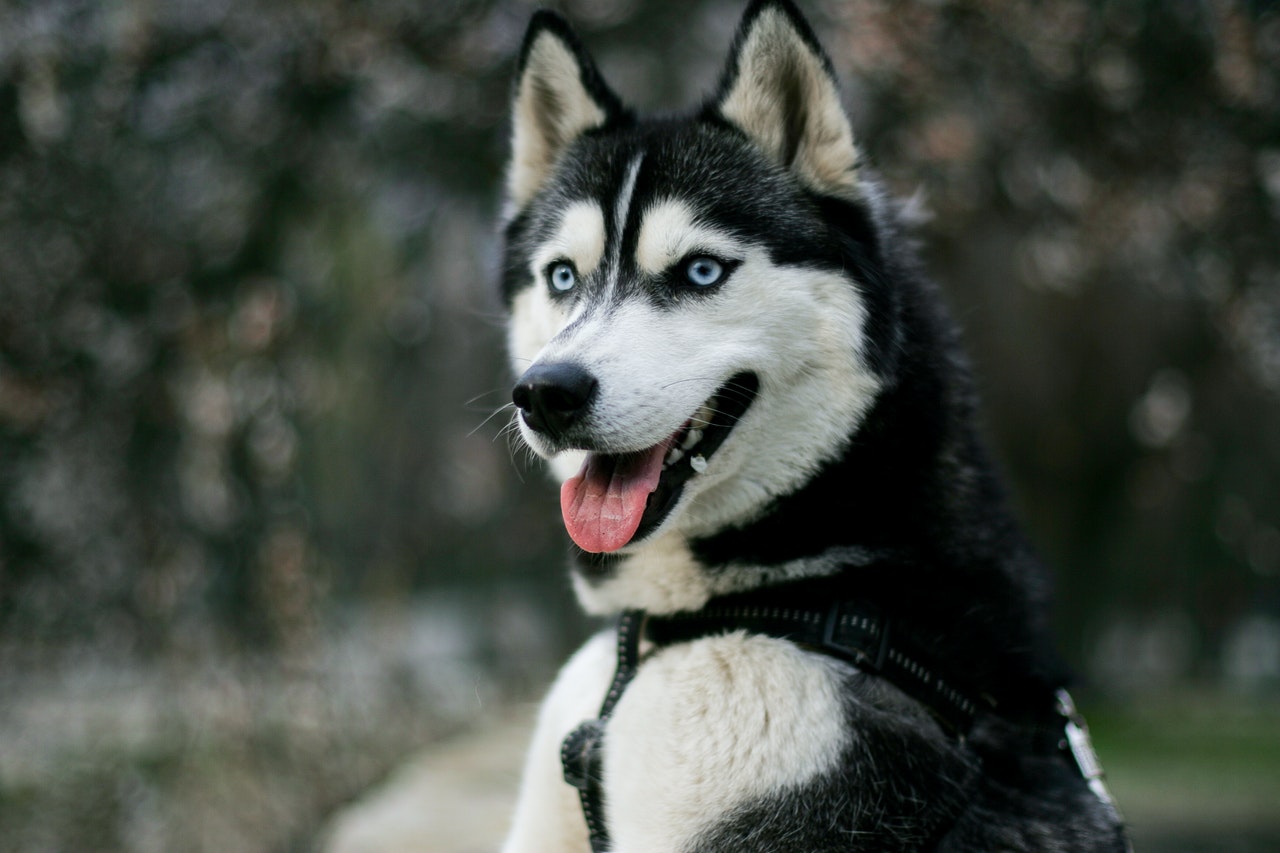 Siberian Huskies are one of those dog breeds that draw the attention of everyone in the vicinity. With their gorgeous blue eyes, they have a seductive appeal. They appear fierce at first glance, but soon, their happy personalities take over, and you fall in love at first sight.

The Siberian Husky has a high level of energy and intellect. Adopting one of these dogs requires a particular owner or family. Before bringing one home, you should evaluate if you can keep up with the emotional and physical needs of this breed, as your wisdom and expertise will make the difference in having a successful experience. You should also consider the amount of time and effort you need to put into dog training.

Do you have a soft spot for Siberian Huskies? You may be interested in learning more about this interesting breed, whether you have adopted one or simply enjoy watching video footage of these wonderful critters. If that’s the case, you have come to the correct place.

The Siberian Husky is a Friendly Dog

In most situations, a Siberian Husky is a dog with a pleasant temperament. This breed has a highly outgoing disposition, and the majority of its members are exceptionally gentle and sociable. Because everyone becomes a part of their pack, you can have this doggo around other pets.

This advantage is owing to the breed’s high intellect levels. The majority of Siberian Husky Breeders are friendly to strangers, yet they may not always like to be petted by someone they do not know. Because these dogs lack the same territorial tendencies as other breeds, you won’t see the same levels of suspicious behavior when visitors arrive.

Boredom can often lead to destructive behavior in Huskies. Having a lot of toys, spending time outside, and going for a long walk every day is a winning combination.

Huskies are Fun-Loving and Energetic Dogs

The Siberian Husky enjoys playing games. When compared to other dogs, they are extremely nimble and have exceptional stamina. You will find that your new puppy adores the great outdoors, so anything that involves camping, hiking, or swimming will appeal to them. If you prefer riding, they can learn to run with you.

Because this breed was created to pull sleighs, the snow is when they perform at their finest. Allow them to do duties every day since the Siberian Husky enjoys having a job because it gives them a reason to enjoy. If you are an active person who enjoys exploring new places, these pups are ideal for you.

The Health of the Siberian Husky

Did you know that Siberian Huskies are regarded as one of the world’s healthiest dogs?

Huskies have great physical resilience and outstanding health, despite their short life expectancy. The Siberian Husky has a low susceptibility to developing hereditary disorders when compared to other breeds of its size, making it one of the healthiest dogs on the planet.

Of course, there are several disorders common in Siberian Husky dogs. It is critical to provide your husky with the necessary care and preventive medicine to prevent and avoid them.

Some dogs like to spend all of their time in your company. When you try to get some work done around the house, it feels like you have grown an appendage. This is not how a Siberian Husky behaves.

When it comes to seeking work during the day, these dogs are quite capable. You will have a good time with them as long as they have the assurance that their pack will be by their side at all times.

When a Siberian Husky reaches adulthood, she or he becomes more stately and reserved rather than lively. They are more likely to be nice to everyone than loyal to a single-family or person.

Another advantage of adopting a Siberian husky is that they are quite noisy. Huskies are noted for their exceptional vocalization abilities. Did you know that Husky dogs can understand around 100 words? Isn’t it incredible?!

The Siberian Husky is unique in its ability to produce a wide range of noises. Many tutors report that their huskies can sing and engage in extensive conversations with them. A husky howl, for example, is so powerful that it can be heard from up to 15 kilometers away!

Siberian Huskies with two distinct hue eyes are common due to a benign genetic trait known as ‘heterochromia.’ This is a genetic characteristic that gives them an amazing appearance, especially since one of their eyes is generally a brilliant blue color. This is a feature that can be found in humans as well as other animals.

It is a Cost-effective Breed to Consider

The Siberian Husky was developed to cope with the harsh northern climate. That means they can survive on very little food. Even when the doggo is in a comfortable position, they prefer to avoid overeating. Many dogs will turn down a meal now and then, especially if they have not had a chance to run and play during the day.

To manage this eating style, you will want to feed your Siberian Husky a meal high in fat and protein. If you are unfamiliar with these dogs, speaking with a breeder about the best meals to feed them will be beneficial.

Adaptable to any Environment

The Chukchi nomadic tribes used to move from northeastern Asia to the far north of Russia, and the Siberian Husky used to accompany them. The husky, as you may know, is a dog that can adapt to cold climes with ease.

Its thick fur is a testament to their fortitude in their namesake land. Surprisingly, unlike other Nordic dogs like the Alaskan Malamute, the Siberian Husky can adapt to more moderate regions. In the heat, these dogs are frequently in excruciating pain.

The Husky sheds its coat twice a year, first between spring and summer and again between autumn and winter. Hair shedding can happen between these two times as well, although only in modest amounts.

If your Husky is losing a lot of hair quickly, especially if it is not shedding season, you should take him to the vet to rule out an underlying health condition.

Huskies prefer to be spotless every day. If they feel too dirty, they will roll in the snow or seek out clean streams of water to bathe themselves. With this dog in your home, you will not have the same odor problems as you would with other dogs.

Their cleanliness is so rigorous that many of them will brush their coats like a cat to keep them from getting too filthy. That suggests you can have problems with hairballs, which can cause problems in the digestive tract. If you have a Siberian Husky with a sensitive stomach, make bathing and grooming a priority to avoid this problem. Check out https://centralillinoisdoodles.com/ to know more about dog care.

The Husky worked as sled dogs alongside the Chuckchi clan. They transported food and supplies from one location to another, but they were not frequently employed to move people in those early days, contrary to common perception.

They were picked for these particular missions for various reasons, including their cold resilience and capacity to survive extended treks. A large number of dogs hauled the sled, each having their specific duty in the team.

This Breed Appeals to a Wide Range of People

A Siberian Husky’s appearance is unmistakable. This breed is easily identified by its brilliant coat, attentive ears, and tail that resembles a big paintbrush. Their posture is wolf-like, which appeals to the fundamental character of our long-term relationship with dogs.

Some Huskies have bi-color or brown eyes instead of the traditional glacial blue, which contributes to their allure. If you spot one in a shelter, you will notice that they are different from the other dogs of the pack.

Having a Siberian Husky as a member of the family might be an overwhelming experience. It is also a satisfying approach for many people to embrace an active lifestyle. You will have a lifelong buddy when you bring this doggo home. There isn’t a more loyal companion.

One Response to “The Benefits of Owning a Siberian Husky Dog”