YOU SHOULD HAVE LEFT on Digital and DVD 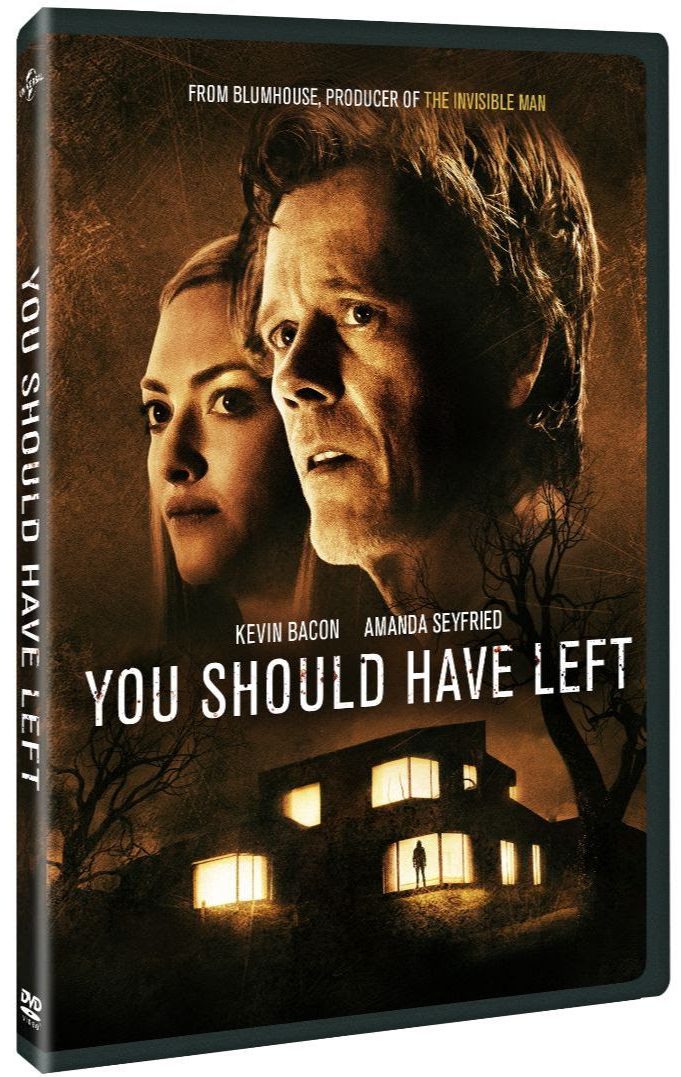 We love movies and had been wanting to watch YOU SHOULD HAVE LEFT since we watched the movie trailer. Kevin Bacon and Amanda Seyfried star in this twisted thriller, now available on Digital and DVD from Universal Pictures Home Entertainment. “Just when you think you have it figured out…it catches you,” says Brandon Davis, COMICBOOK.COM. He is definitely right on about that! We really enjoyed the movie!

The mind-bending psychological thriller, YOU SHOULD HAVE LEFT, from writer/director David Koepp (Stir of Echoes), is now available to own on Digital and DVD from Universal Pictures Home Entertainment. Kevin Bacon (Patriots Day, Hollow Man) and Amanda Seyfried (Mamma Mia! Here We Go Again, Les Misérables) star in this terrifying tale where a father fights to save his family from a sinister force that demands a reckoning for secrets of the past based on the novel from prize-winning German literary sensation, Daniel Kehlmann. Produced by grandmaster of terror Jason Blum (The Invisible Man, Halloween, Split, Us), the dark and unsettling film is hailed as “a surreal labyrinth from which there is no escape” (Fred Topel, SHOWBIZ CHEAT SHEET). Navigate the “clever maze of terror and thrills” (Brandon Davis, COMICBOOK.COM) in YOU SHOULD HAVE LEFT for your next scary movie night!

In this psychological thriller from Blumhouse Productions and legendary screenwriter Koepp, Kevin Bacon and Amanda Seyfried star as a couple seeking a restful vacation in a remote home in the Welsh countryside. What at first seems like a perfect retreat distorts into a terrifying nightmare when reality begins to unravel, dark episodes from the past resurface, and a sinister force in the house refuses to let them leave.

YOU SHOULD HAVE LEFT will be available on DVD and Digital.

Digital lets fans watch movies anywhere on their favorite devices. Users can instantly stream or download.
DVD offers the flexibility and convenience of playing movies in more places, both at home and away.

Who in your family would enjoy watching YOU SHOULD HAVE LEFT?

2 Responses to “YOU SHOULD HAVE LEFT on Digital and DVD”