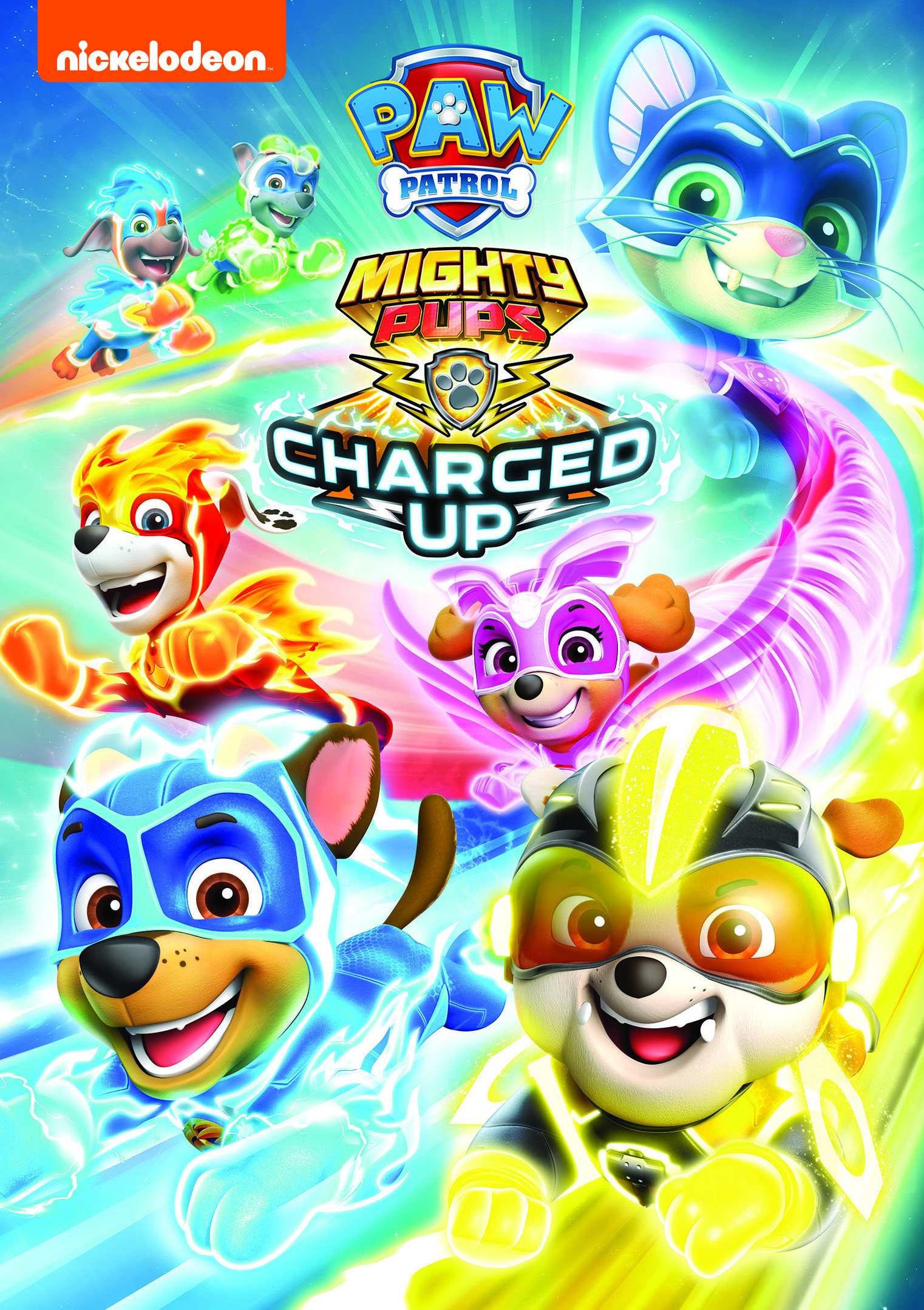 Do you have kids in your home who enjoy Nickelodeon cartoons? If so, they’ve probably seen and enjoyed watching PAW PATROL. The Mighty Pups are charged up for action-packed rescues with double the superpowers and double the fun. Now available on DVD is PAW PATROL: MIGHTY PUPS CHARGED UP from Nickelodeon and Paramount Home Entertainment.

The paw-some Mighty Pups are back for next level action-packed adventures in PAW Patrol: Mighty Pups Charged Up. With this epic new DVD collection, fans can follow the Mighty Pups on daring rescue missions as they use their new superpowers and charged-up hover vehicles to save Adventure Bay from a brand-new baddie—the Copycat. PAW Patrol: Mighty Pups Charged Up will be available on DVD from Paramount Home Entertainment and Nickelodeon Home Entertainment on June 2, 2020 for the suggested retail price of $10.99.

When a new superpower replicating baddie known as the Copycat arrives in Adventure Bay, Ryder has to charge up the Mighty Pups with the mighty meteor, giving them all-new secondary superpowers. With their new abilities and charged-up hover vehicles, the pups are ready for super-charged rescue action.