We love living here on the California Central Coast! Not only is it beautiful here, but we also enjoy wonderful weather on a regular basis. Another perk of living here is that we aren’t too far from Vandenberg Air Force Base and we get to see and hear rocket launches on a regular basis. I had never seen a live rocket launch before, but this weekend, my husband and I were invited to watch one. On Saturday, November 21st, we watched the launch of the Sentinel-6 Michael Freilich Satellite from the Vandenberg Air Force Base Hawk’s Nest Launch Viewing Facility. It was awesome! After seeing it, both my husband and I agreed that we would love for our kids to experience this if possible as well. Perhaps we’ll be able to view another rocket launch in the future? 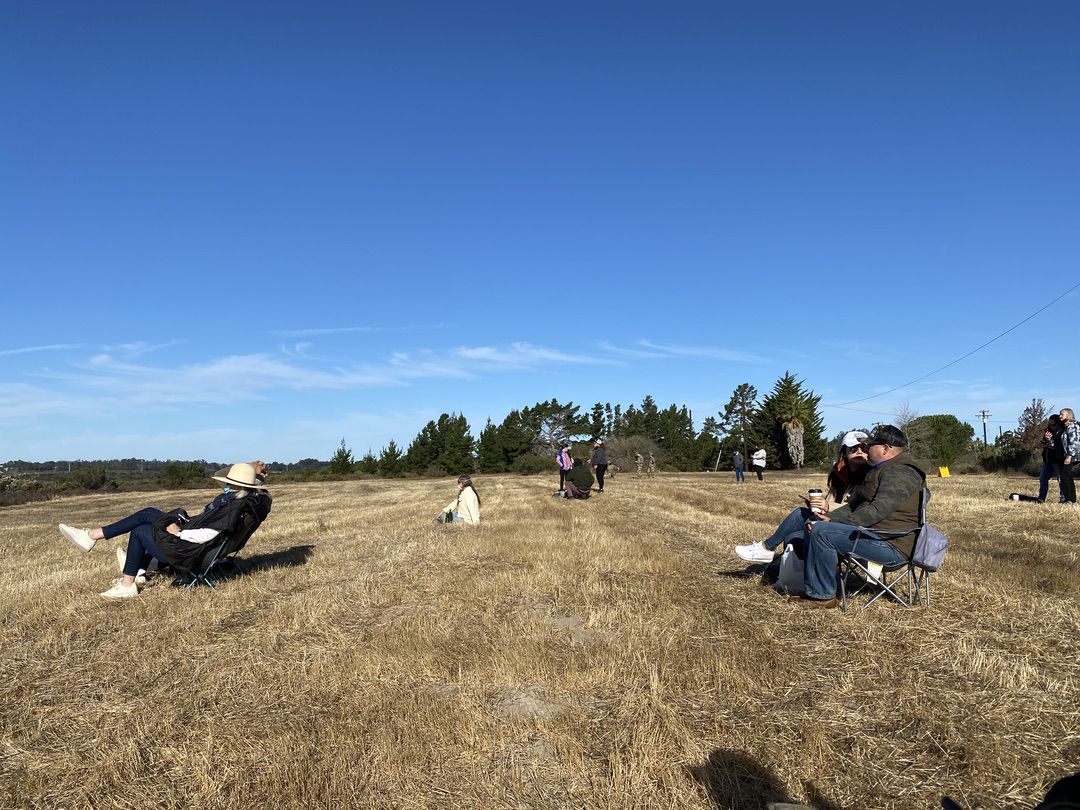 We arrived at the Viewing Facility around 8:20 am and set up our seats in an open area. With the pandemic, masks and social distancing were required and there were a very limited number of tickets for people to see the launch from where we were. While we were waiting, the soldiers talked about the process of the launch and answered questions from the people at the site. They had a speaker set up so we could hear the actual countdown as well as other information they were sharing on the NASA channel. 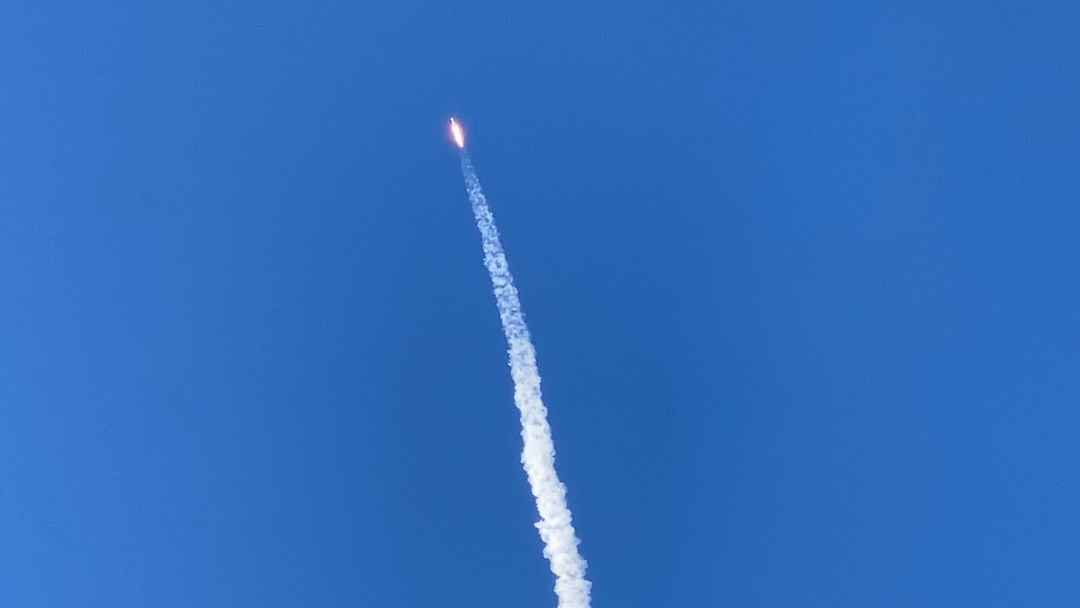 At 9:17 am PST, the Sentinel-6 Michael Freilich Satellite headed into space on a SpaceX Falcon 9 rocket from Space Launch Complex 4 at Vandenberg Air Force Base. This satellite was the first of two identical satellites to head into Earth’s orbit five years apart to continue the sea level observations. The satellite was named in honor of the former director of NASA’s Earth Science Division, who played a huge role in advancing space-based ocean measurements. This satellite follows the most recent U.S.-European sea level observation satellite (Jason-3), which launched in 2016. The Sentinel-6/Jason-CS (Continuity of Service) mission will continue the measurements of sea level into their fourth decade. They collect accurate measurements of sea surface height for more than 90% of the world’s oceans, as well as provide crucial information for operational oceanography, marine meteorology, and climate studies. Sentinel-6 Michael Freilich’s twin, Sentinel-6B, is scheduled to launch in 2025. 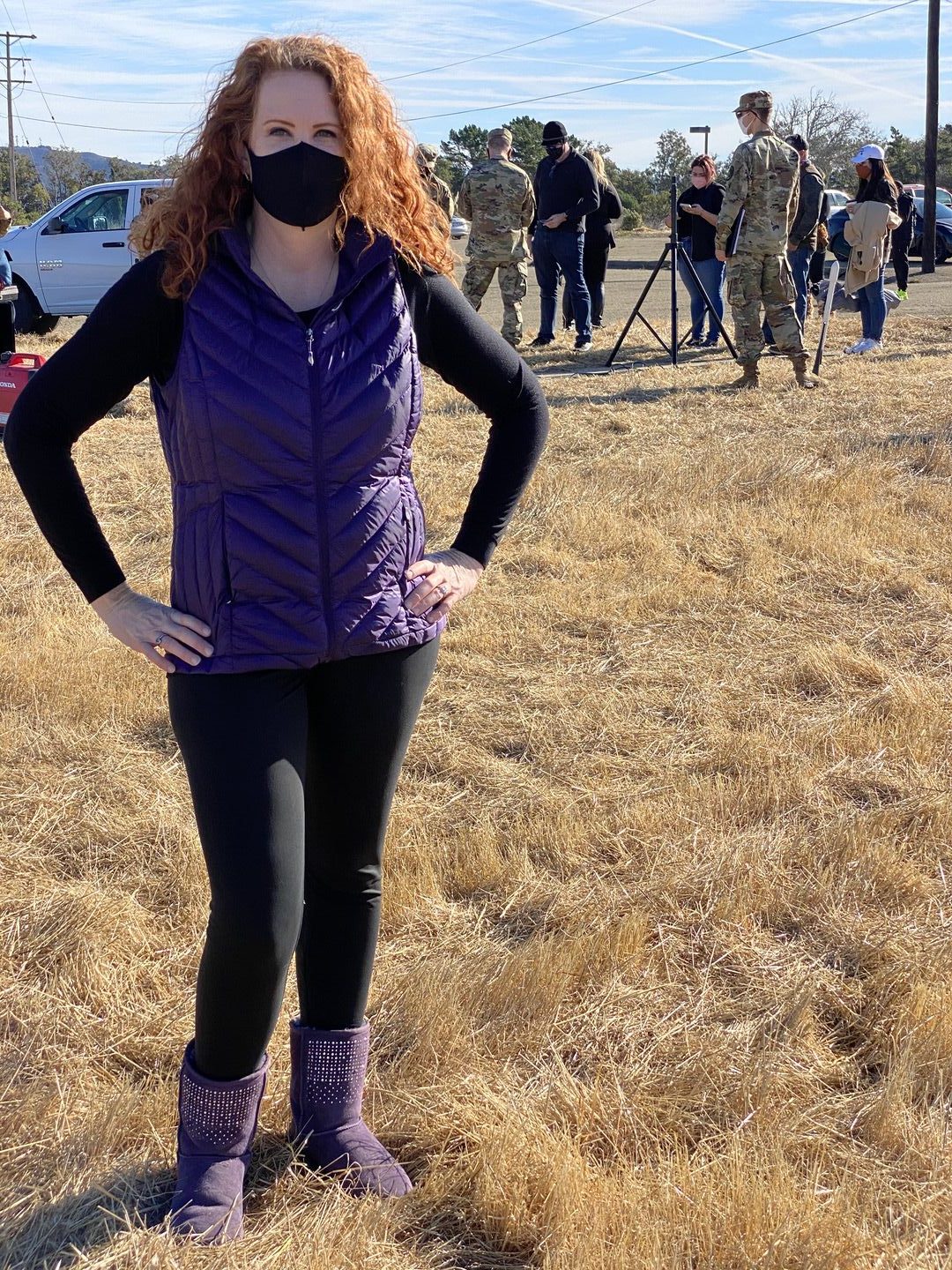 It was really awesome hearing the countdown on the speakers and seeing the rocket launch from the base. It got quite loud and was very exciting! At approximately 9:25 am, the rocket booster returned to the launch pad. Shortly after I turned off my camera, we heard a loud sonic boom (sorry I didn’t catch it on camera). It was awesome! Everyone started cheering and clapping in excitement for the successful launch of the Sentinel-6 Michael Freilich Satellite into space to continue it’s important mission! I would 100% attend another viewing of a rocket launch if possible. While not everyone could attend the viewing facility we were at, there were several cars we saw pulled over on the side of the freeway to observe the launch. It was an awesome experience and I’m so happy I could share about it with you!

Santa Maria Valley is a great place to travel to with family and friends, including visits to wineries, breweries, restaurants, and more. With the COVID-19 Pandemic, there have been many changes and regulations put into place to keep everyone safe. Santa Maria Valley published an article on returning to visit safely. Be sure to check it out!

Have you ever attended a rocket launch? Would you attend one if given the opportunity?