EMMA on Blu-ray and DVD + GIVEAWAY 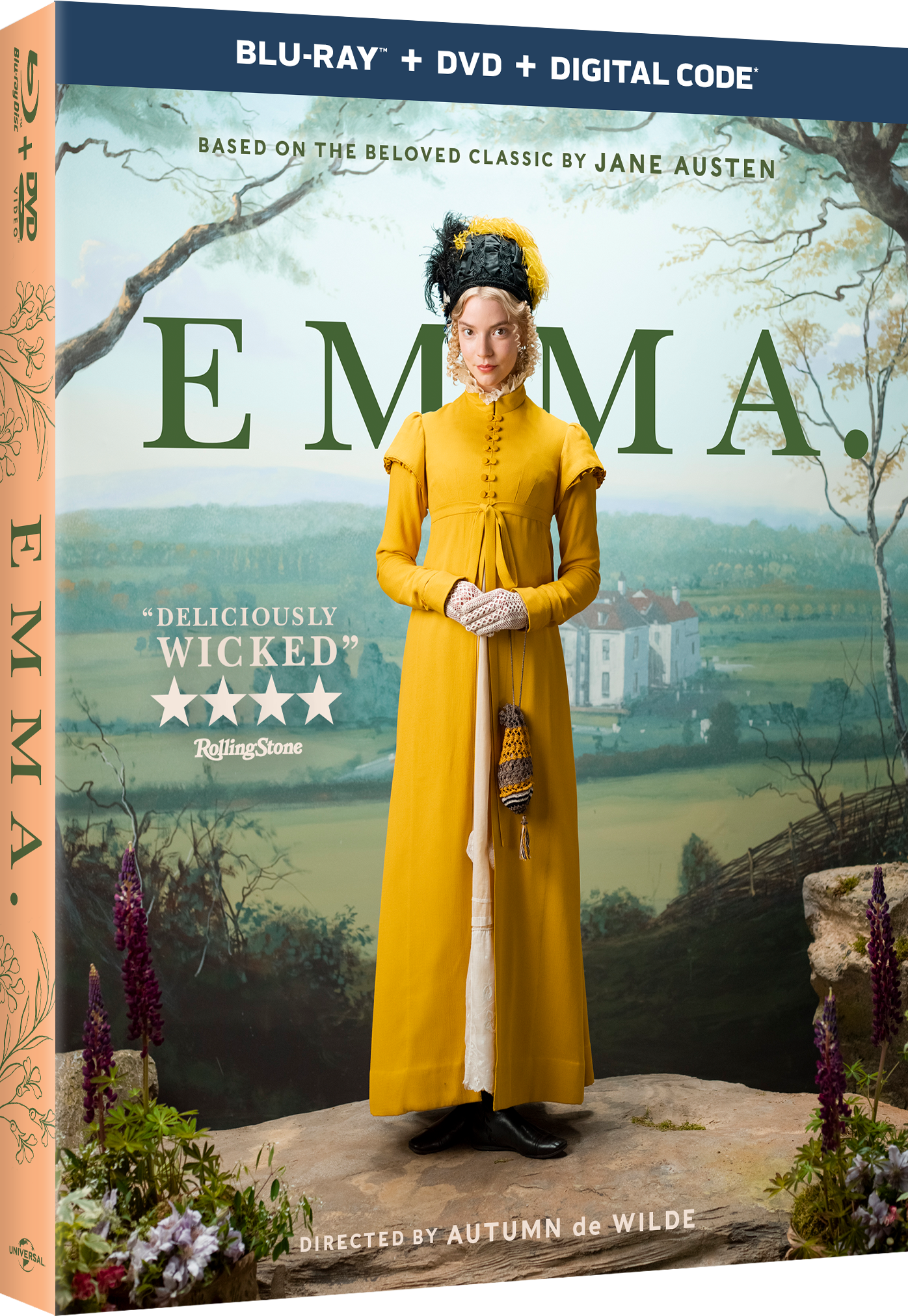 Ever since I’ve watched the trailers for EMMA, I’ve wanted to see the movie. Now it’s available to own on Blu-ray and DVD, as well as Digital. Jane Austen’s nineteenth-century comedy on misguided matchmaking and romantic mishaps gets a refreshing update in the heartwarming and witty EMMA. Hailed as “gorgeous, modern and authentic” (Stephanie Zacharek, Time), the wickedly funny film chronicles the privileged but well-meaning young Emma Woodhouse (The Witch and Thoroughbreds’ Anya Taylor-Joy). A vibrant visual treat, the Rotten Tomatoes Certified Fresh® EMMA., is “an unexpectedly timely sparkling romance” (Harriet Fitch Little, VOGUE), and features exclusive, never-before-seen bonus content including deleted scenes, gag reel, and behind-the-scene featurettes with the cast and crew whisking audiences away to the world of our mischievous heroine and the everlasting story of self discovery.

Jane Austen’s beloved comedy about finding your equal and earning your happy ending is reimagined in this delicious new film adaptation of EMMA.. Handsome, clever and rich, Emma Woodhouse (Taylor-Joy) is a restless “queen bee” without rivals in her sleepy little English town. In this glittering satire of social class, Emma must navigate her way through the challenges of growing up, misguided matches and romantic missteps to realize the love that has been there all along.

Rupert Graves (“Sherlock,” A Room with a View) and Gemma Whelan (“Game of Thrones”). Accompanied by a joyous and energetic score by composer Isobel Waller-Bridge (“Fleabag”) and David Schweitzer, EMMA. is a stunning new vision of the groundbreaking literary classic on love and redemption. The theatrical version of the film is currently available for early viewing on a wide variety of popular on-demand services as a premium rental offering.

EMMA is available on Blu-rayTM, DVD and Digital.

Based on the Novel By: Jane Austen

52 Responses to “EMMA on Blu-ray and DVD + GIVEAWAY”