A HIDDEN LIFE on Blu-ray and DVD 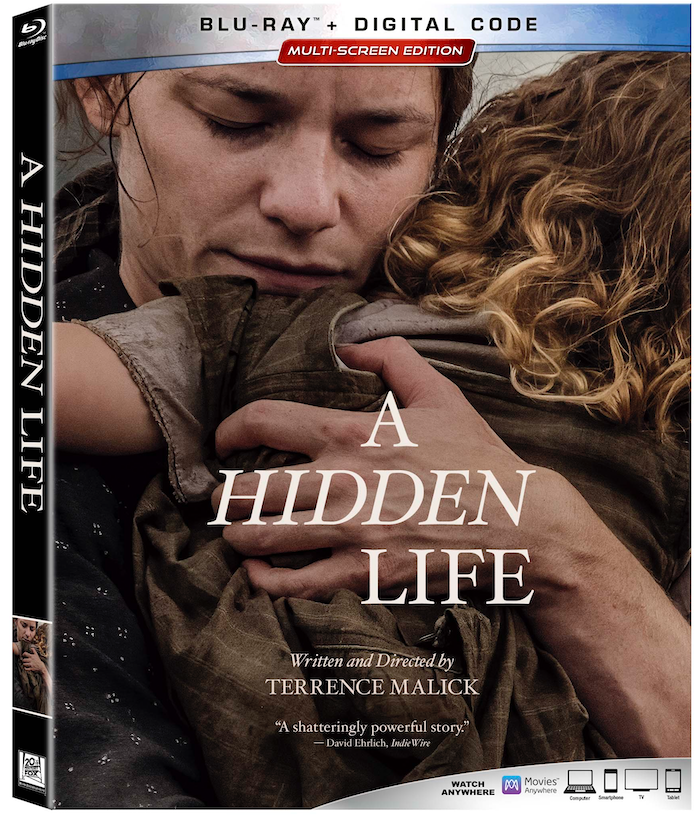 I love watching movies and am always looking for new ones to check out. Have you heard of A HIDDEN LIFE before? David Ehrlich (INDIEWIRE) describes it as “A shatteringly powerful story of faith in crisis.” A HIDDEN LIFE is now available on Blu-ray and DVD from Twentieth Century Fox Home Entertainment.

From visionary writer-director Terrence Malick comes this timeless story based on real events about an unsung hero, Franz Jägerstätter (played by August Diehl), who refused to fight for the Nazis during World War II. Drawing from actual letters exchanged between the Austrian farmer and his wife Fani (Valerie Pachner) while Franz was in prison, the film follows the family’s remarkable journey of love and sacrifice. After being absent from his wife and daughters for months during mandatory basic training with the German Army, Franz is permitted to return to his peaceful Austrian countryside home. But when the war unexpectedly escalates, Franz is called up to fight, and as a new soldier, to swear an oath of allegiance to Hitler and the Third Reich. Yet, despite pleas from his neighbors, fellow soldiers and even trusted clergymen, Franz repeatedly refuses to take the oath. This decision lands the peasant farmer in prison, where he awaits trial for treason. Meanwhile, not only must Fani take care of the family’s farm and their three daughters, she is ostracized by neighbors who have succumbed to the Third Reich’s demands for loyalty. Eventually, Franz’s case goes to trial. He is found guilty and sentenced to death. But his unwavering beliefs and love for Fani and their three children keep his spirit alive in this powerful drama.

Have you watched A HIDDEN LIFE?