POMS on Blu-ray and DVD 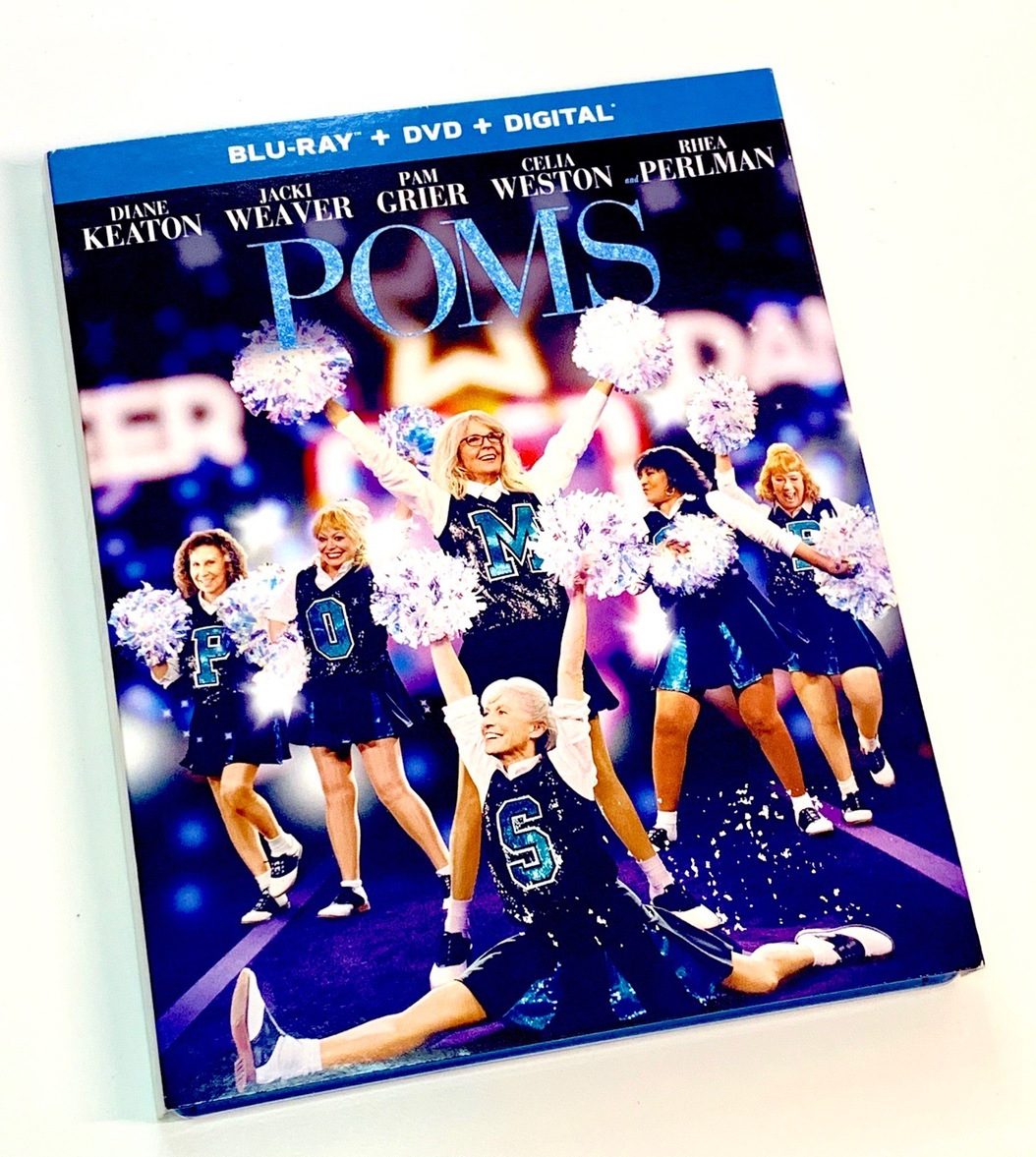 Growing up, I wanted to be a cheerleader. Back in the day when I would go to the city library (this was before Google), I checked out books a few times about cheerleading. I even did practice routines! However, when it came time to try out for cheer, I decided not to. When I saw previews for POMS, I thought it looked cute and fun. Plus, I love Diane Keaton and was excited to receive a copy of our own.

It’s never too late to show your team spirit in the uplifting comedy, POMS, now available on Digital, Blu-rayTM, DVD and On Demand from STXFilms and Universal Pictures Home Entertainment. Starring Academy Award® winner Diane Keaton (Book Club) and Academy Award® nominee Jacki Weaver (Silver Linings Playbook), the film follows a woman who revisits her passion for cheerleading, inspiring those around her to live life to the fullest. Full of humorous and empowering moments, POMS is an endearing comedy that will inspire audiences of all ages and have everyone cheering.

From the studio that brought you Bad Moms and the producer of Book Club, POMS is an uplifting comedy about a woman who forms a cheerleading squad at a retirement community. With an all-star ensemble cast led by Keaton and Weaver, the film features film icons Pam Grier (Larry Crowne), Celia Weston (The Intern), and Rhea Perlman (Sing) as the group of women who are determined to defy stereotypes while having the time of their lives. Filled with moving performances, POMS is a “heartfelt and hilarious” (Hollywood News Source) story with a profound message that it’s never too late to follow your dreams.

STX Entertainment is a global, next-generation media company whose mission is to unlock the value of the direct connection stars have with their fans through the development, financing, production, marketing and distribution of film, television, VR, digital video, music and live entertainment content. It is the industry leader in transforming beyond traditional platform-driven content to creating talent-driven enterprises.

Have you seen POMS?

13 Responses to “POMS on Blu-ray and DVD”