We received the Nintendo Labo Kit from Nintendo to facilitate this review. All opinions are mine. 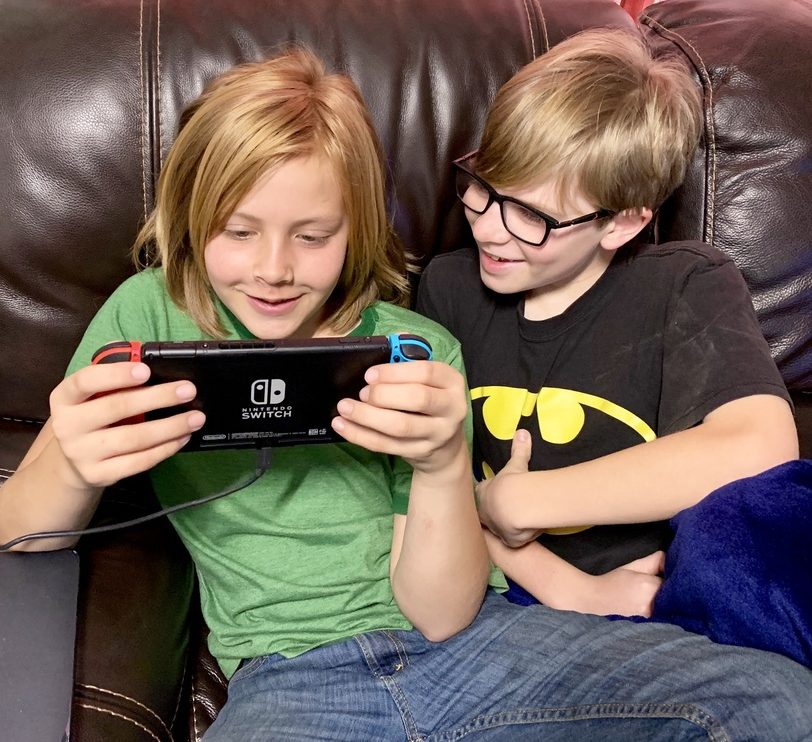 A few years ago, we bought our boys Nintendo Switches for Christmas. They love playing them as handheld games and on the tv with each other, as well as friends. Thanks to Nintendo, we had the opportunity to check out the NEW Nintendo Labo Kit. It was pretty dang cool and the kids had fun both putting it together and playing with it! 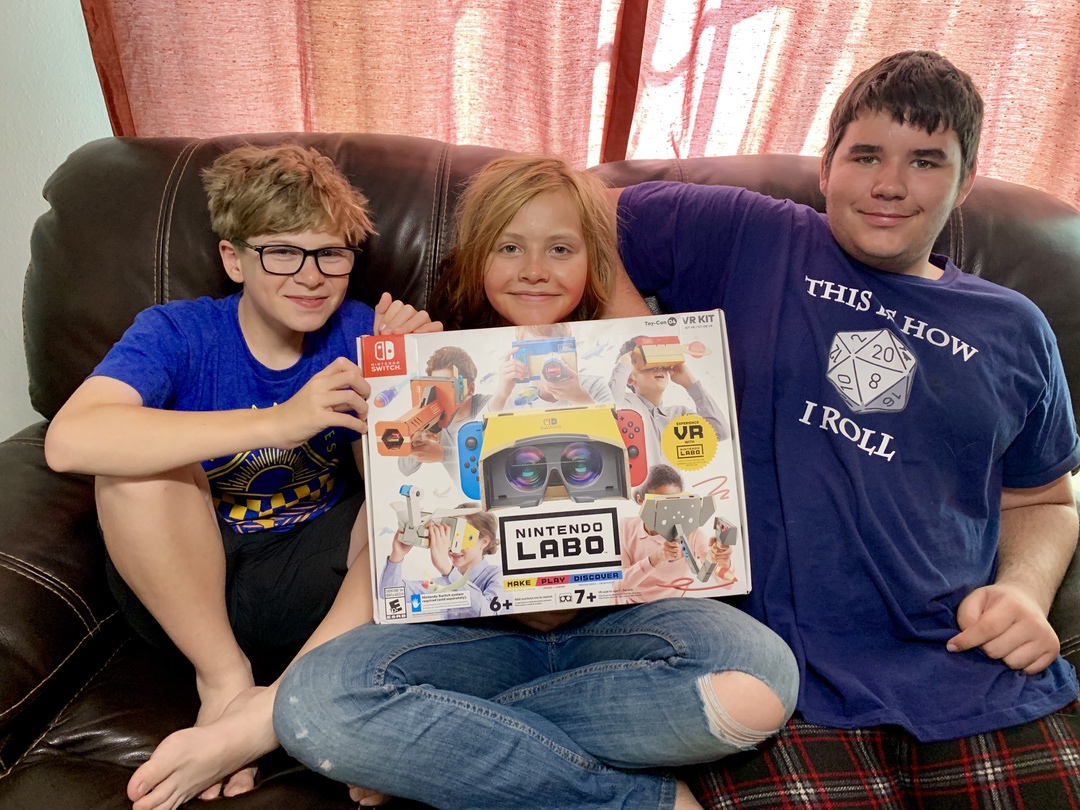 Nintendo Labo: VR Kit offers six new Toy-Con creations to build, including the Toy-Con VR Goggle, which combine with the other creations to allow players to interact with the virtual world through imaginative real-world actions. Fend off an alien invasion with the Toy-Con Blaster, visit a colorful in-game ocean and snap photos of the sea life with the Toy-Con Camera and so much more.

Nintendo Labo: VR Kit encourages passing around the Toy-Con creations among a group of people so everyone in the room can easily join in on the fun. To help encourage this social gameplay, players simply slip the Nintendo Switch console into the Toy-Con VR Goggles and hold it up to their eyes to explore numerous games and experiences – no head strap needed.

“This new kit builds on the core tenets of Nintendo Labo – Make, Play and Discover – to introduce virtual reality in a way that’s fun and approachable for both kids and kids at heart,” said Doug Bowser, Nintendo of America’s Senior Vice President of Sales and Marketing. “We wanted to design an experience that encourages both virtual and real-world interactions among players through passing around Toy-Con creations.” 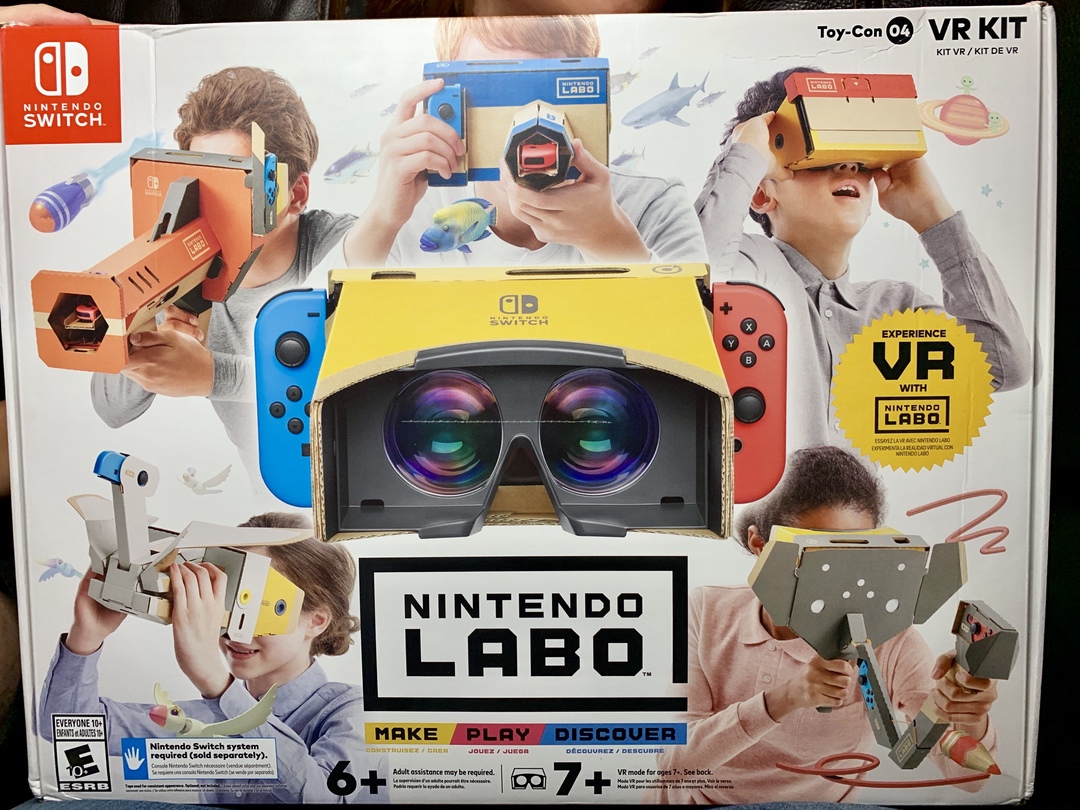 Available at a suggested retail price of $79.99. The complete Nintendo Labo: VR Kit includes the Nintendo Switch software and materials to build all six Toy-Con projects. This includes the Toy-Con VR Goggles, Toy-Con Blaster, Toy-Con Camera, Toy-Con Bird, Toy-Con Wind Pedal and Toy-Con Elephant, as well as a Screen Holder and Safety Cap. It’s a good option for kids and families who want to dive in to the full experience. 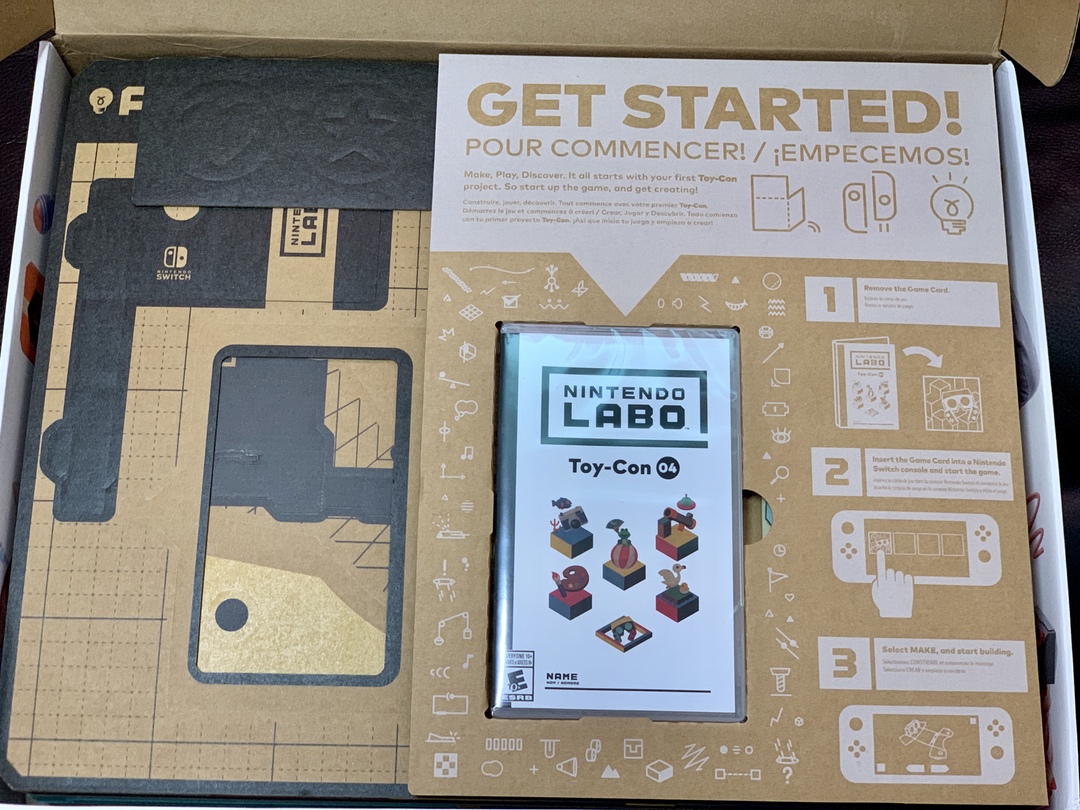 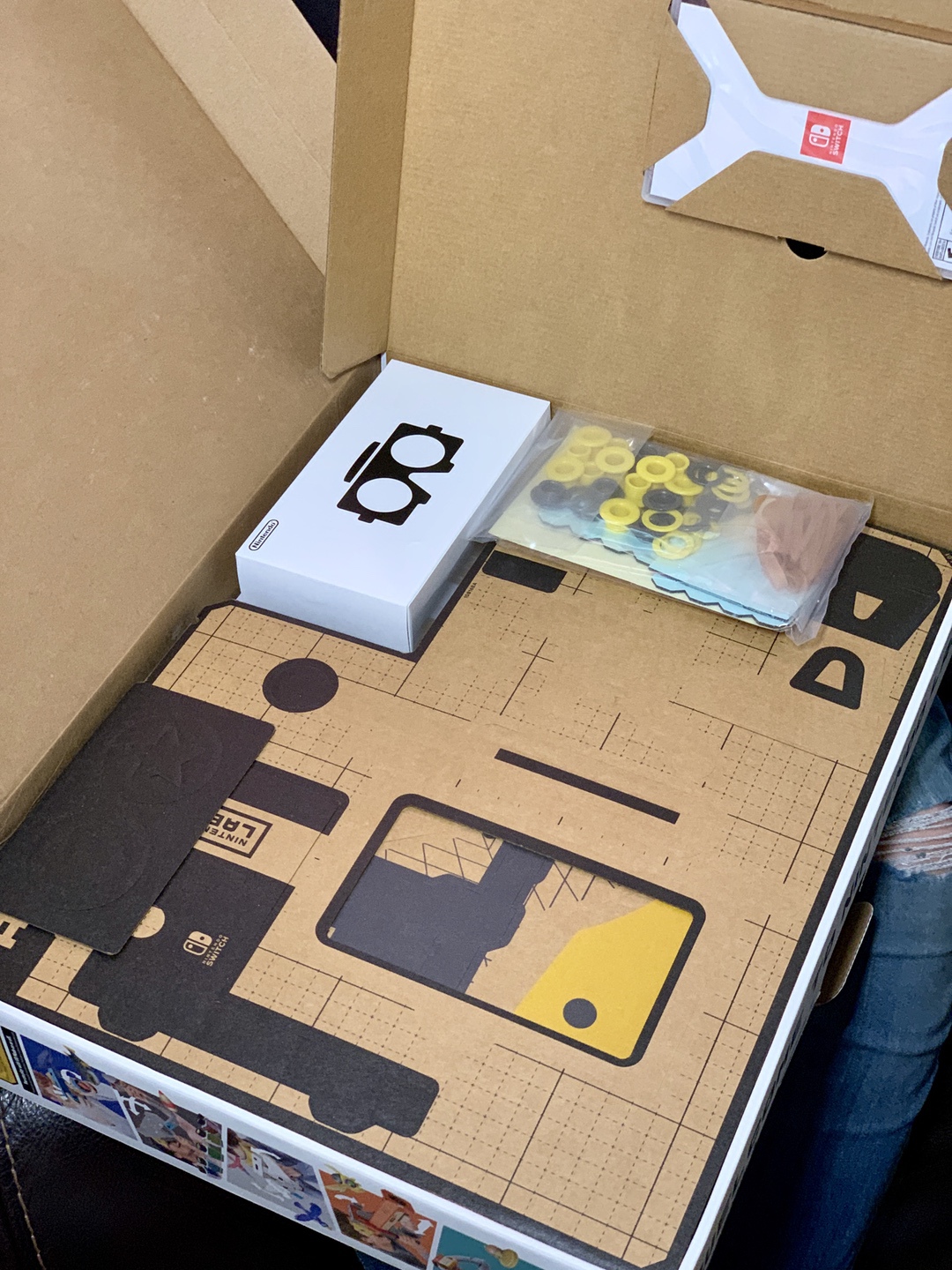 Available at a suggested retail price of only $39.99. The Starter Set includes the Nintendo Switch software, plus all the components to build the Toy-Con VR Goggles and Toy-Con Blaster, as well as the Screen Holder and Safety Cap. The Starter Set is a great entry point into the world of Nintendo Labo VR.

Players that own the Starter Set can purchase the following optional expansion sets to expand their experience:

*Users can easily turn off the VR feature and use the included Screen Holder instead of the VR Goggles to enjoy any of the included games and experiences in 2D.

**The two expansion sets do not include the Toy-Con VR Goggles or Nintendo Labo: VR Kit software. 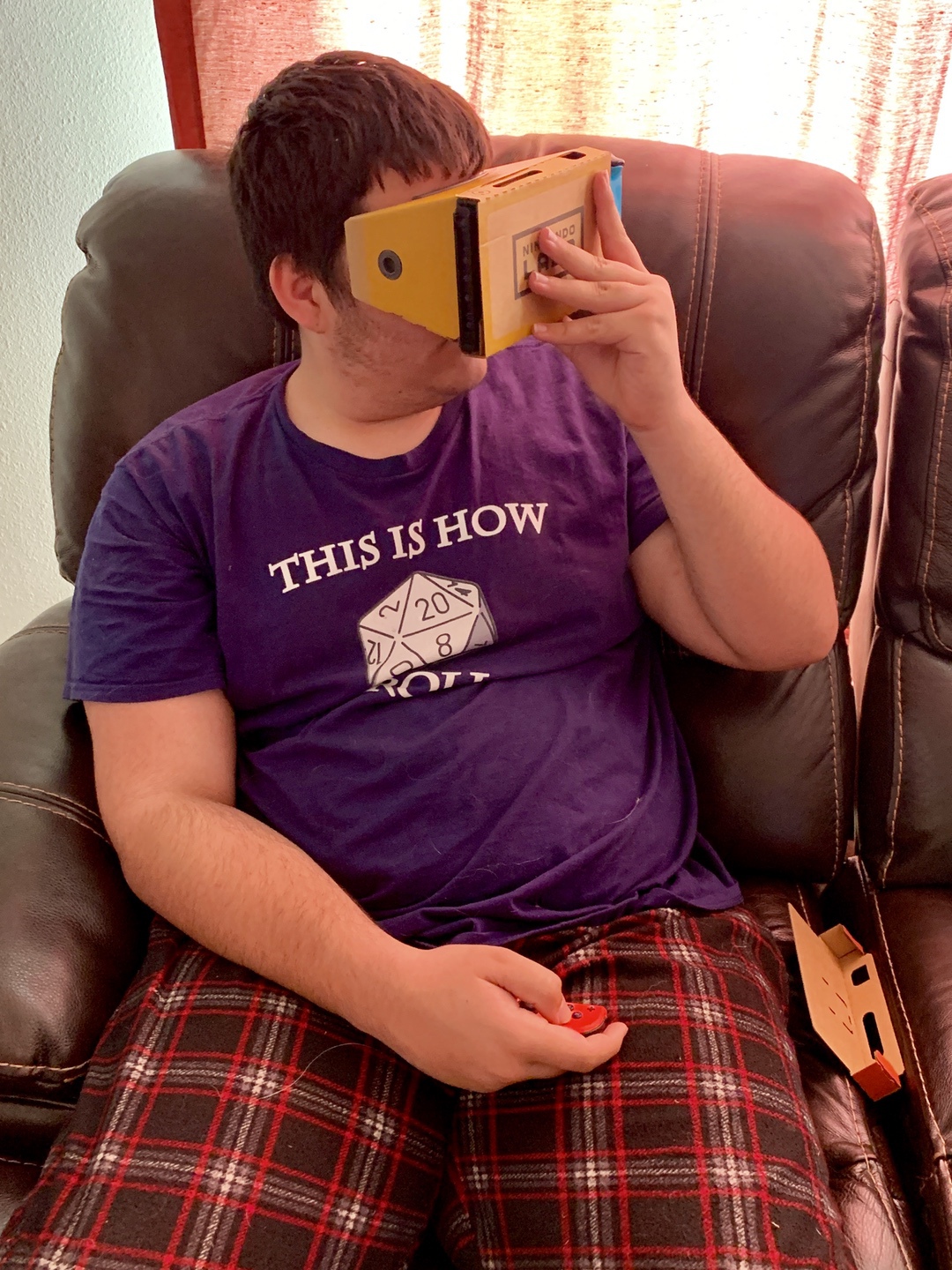 The worldwide pioneer in the creation of interactive entertainment, Nintendo Co., Ltd., of Kyoto, Japan, manufactures and markets hardware and software for its Nintendo SwitchTM system and the Nintendo 3DSTM family of portable systems. Since 1983, when it launched the Nintendo Entertainment SystemTM, Nintendo has sold more than 4.7 billion video games and more than 740 million hardware units globally, including Nintendo Switch and the Nintendo 3DS family of systems, as well as the Game BoyTM, Game Boy Advance, Nintendo DSTM family of systems, Super NESTM, Nintendo 64TM, Nintendo GameCubeTM, WiiTM and Wii UTM systems. It has also created industry icons that have become well-known, household names, such as Mario, Donkey Kong, Metroid, Zelda and Pokémon. A wholly owned subsidiary, Nintendo of America Inc., based in Redmond, Wash., serves as headquarters for Nintendo’s operations in the Americas. For more information about Nintendo, please visit the company’s website at https://www.nintendo.com/.

What do you like about the Nintendo Labo: VR Kit?