The LEGO Movie 2: The Second Part on Blu-ray and DVD

Thanks to Warner Bros. Entertainment, we received THE LEGO MOVIE 2: THE SECOND PART
on Blu-ray/DVD  so we could share about it on Redhead Mom. 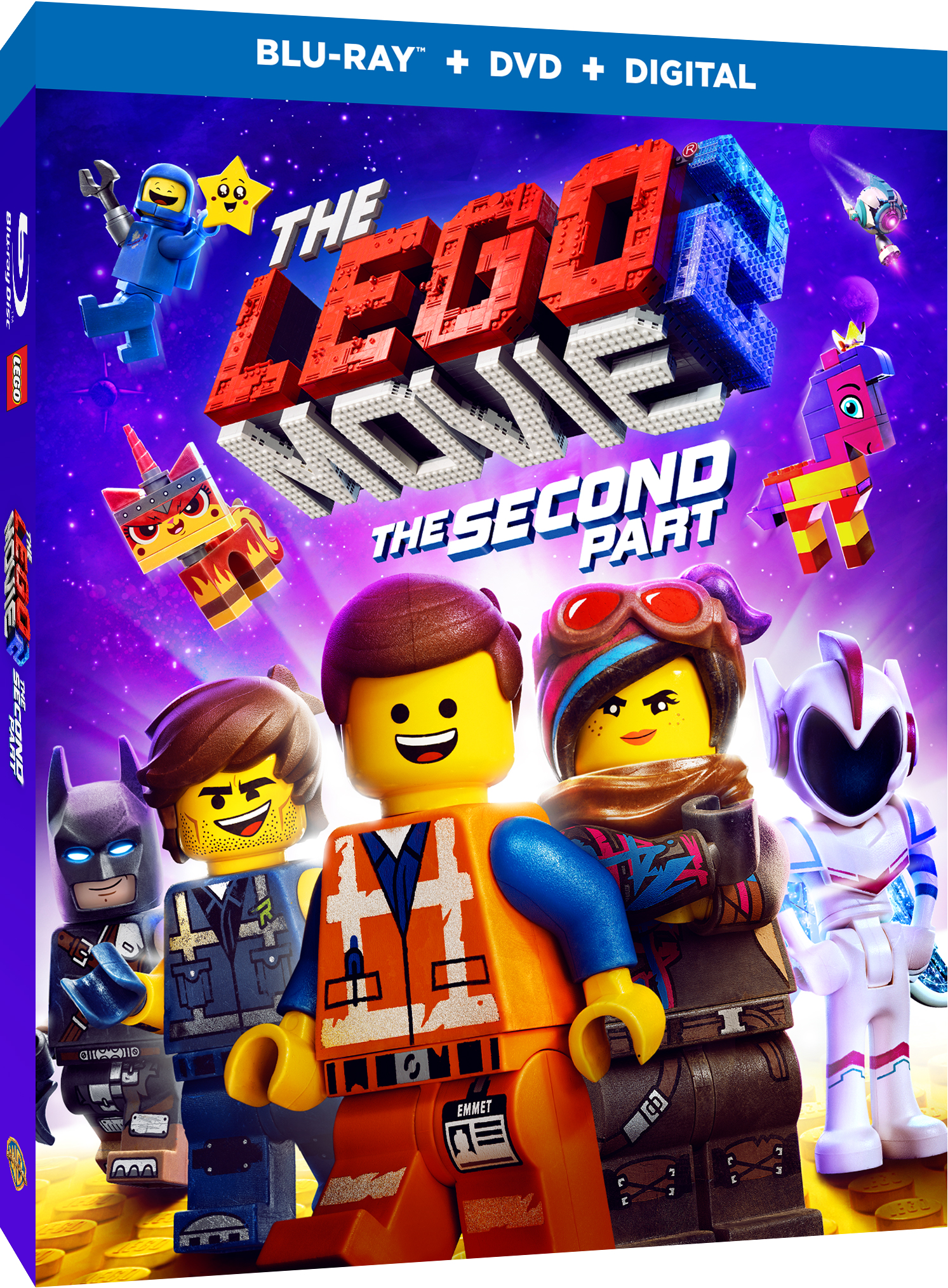 I remember when our kids saw the first LEGO Movie at the movie theater! They loved it and immediately came home and began building things with their LEGOs! On May 7th, Warner Bros. Home Entertainment released The LEGO® Movie 2: The Second Part on 4K HD, DVD and Blu-ray Combo Packs. Everything is still awesome with the new LEGO movie!

The LEGO® Movie 2: The Second Part was directed by Mike Mitchell (“Shrek Ever After,” “Trolls,” “Sky High”) and produced by Dan Lin, Phil Lord, Christopher Miller and Roy Lee, the team behind the LEGO film franchise since “The LEGO Movie,” and Jinko Gotoh. The screenplay was written by Lord and Miller, the Oscar-winning producers of “Spider-Man: Into the Spider-Verse,” from a story by Lord, Miller and Matthew Fogel, based on LEGO Construction Toys. Trisha Gum was the animation director.

It’s been five years since everything was awesome and the citizens are now facing a huge new threat: LEGO DUPLO® invaders from outer space, wrecking everything faster than it can be rebuilt. The battle to defeat the invaders and restore harmony to the LEGO universe will take Emmet (Chris Pratt), Lucy (Elizabeth Banks), Batman (Will Arnett) and their friends to faraway, unexplored worlds, including a galaxy filled with fantastic planets, strange characters and catchy new songs. It will test their courage, creativity and Master Building skills, and reveal just how special they really are.

Warner Bros. Home Entertainment (WBHE) brings together Warner Bros. Entertainment‘s home video, digital distribution and interactive entertainment businesses in order to maximize current and next-generation distribution scenarios. An industry leader since its inception, WBHE oversees the global distribution of content through packaged goods (Blu-ray Disc™ and DVD) and digital media in the form of electronic sell-through and video-on-demand via cable, satellite, online and mobile channels, and is a significant developer and publisher for console and online video game titles worldwide. WBHE distributes its product through third party retail partners and licensees.

Be sure to pick up your copy of The LEGO® Movie 2: The Second Part on DVD or Blu-ray today!

Who in your family would enjoy watching The LEGO® Movie 2: The Second Part?

2 Responses to “The LEGO Movie 2: The Second Part on Blu-ray and DVD”