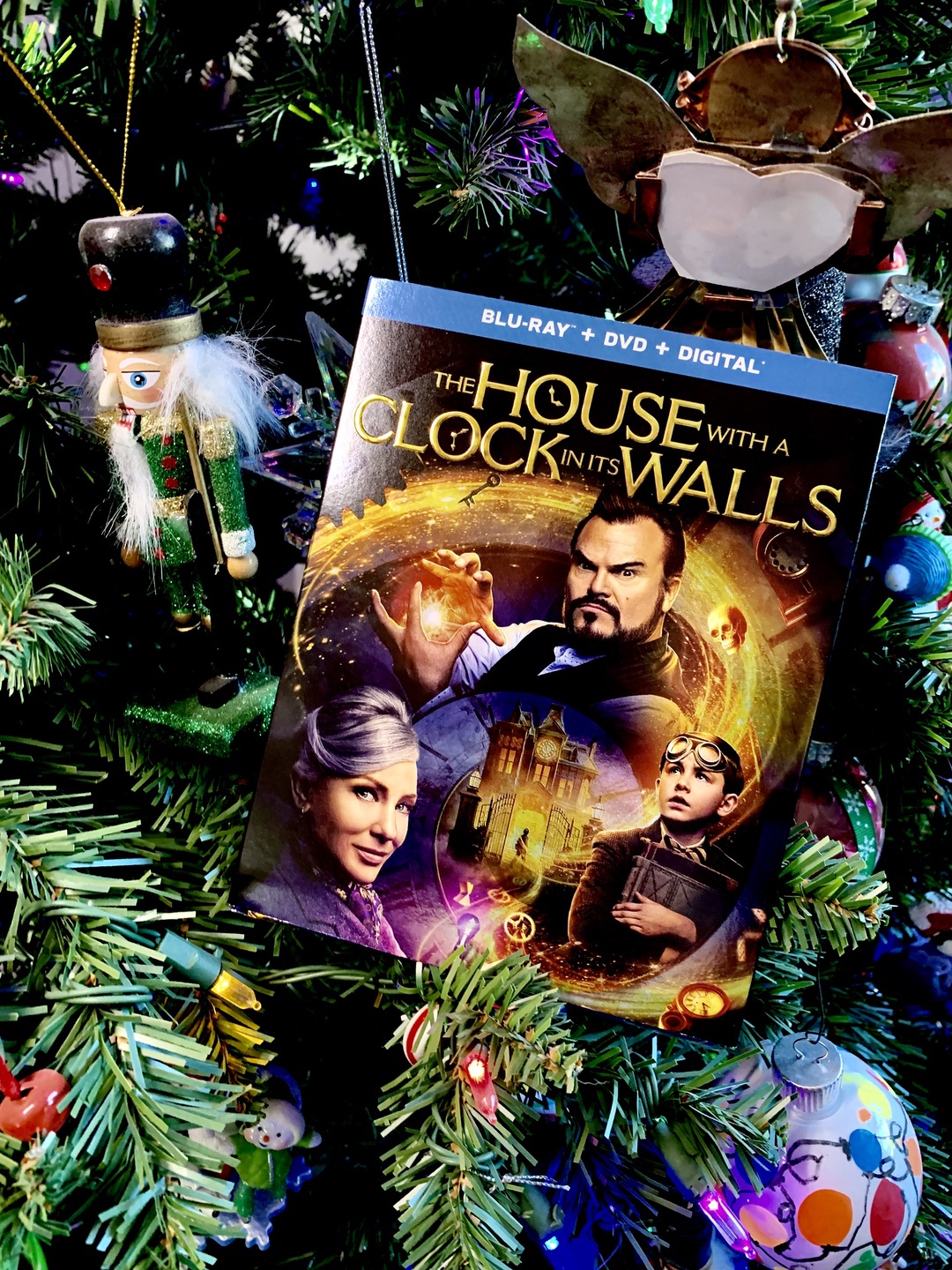 In our home, we love to watch movies and Jack Black is one of our favorite actors! I personally love Cate Blanchett too, so all together, our family was super excited to watch The House with a Clock in its Walls on Blu-ray and DVD! I love that it also came with a code that we could download and have access to on our television anytime we want to watch it. The movie came out on Blu-ray and DVD on December 18th – woo hoo!

ABOUT THE HOUSE WITH A CLOCK IN ITS WALLS

Enjoy the delightfully thrilling tale of a mysterious house where things, including the inhabitants, are not what they seem to be. The House With a Clock in its Walls arrived on Digital and via the digital movie app MOVIES ANYWHERE on November 27, 2018, as well as on 4K Ultra HD, Blu-rayTM, DVD and On Demand on December 18, 2018. Based on the classic children’s book and praised as “creaky, freaky haunted-mansion fun” (LA Times), The House With a Clock in its Walls features over 60 minutes of bonus content including an alternate beginning and ending, stunning featurettes, deleted scenes, a hilarious gag reel, and feature commentary. Enchanting from start to finish, it’s the perfect adventure for families during the holidays.

Full of wonder and adventure, The House With a Clock in its Walls mesmerizes audiences of all ages and keeps the magic alive when stars Jack Black (Jumanji: Welcome to the Jungle, Kung Fu Panda), Cate Blanchett (Ocean’s 8, Thor: Ragnarok) and Owen Vaccaro (Daddy’s Home, Mother’s Day) arrive as Uncle Jonathan, Mrs. Zimmerman and Lewis Barnavelt. In the most unexpected places, fantastical events, miraculous twists and suspense filled moments ensue in this “zany kids adventure” (The Hollywood Reporter) that soon captivates adults as well. In the tradition of Amblin classics, master frightener and director Eli Roth’s The House With a Clock in its Walls is a family-friendly fantasy film that “stands alongside the ‘just for kids’ classics of the 1980’s and 1990’s” (Forbes).

In The House With a Clock in its Walls directed by Eli Roth (The Green Inferno, Cabin Fever), Lewis Barnavelt (Vaccaro) goes to live with his Uncle Jonathan (Black) in a creaky and creepy mansion with an eerie tick-tocking heart. But when Lewis soon finds out he’s in the presence of magic practiced by his uncle and neighbor Mrs. Zimmerman (Blanchett), his new town’s dreary aura boosts to life in an exciting and dangerous way. Based on the beloved children’s classic book written by John Bellairs and illustrated by Edward Gorey, The House With a Clock in its Walls is written by Eric Kripke (creator of TV’s “Supernatural”) and co-stars Kyle MacLachlan (“Twin Peaks,” Inside Out), Colleen Camp (Clue), Renée Elise Goldsberry (“One Life to Live”), and Sunny Suljic (Mid90s, The Killing of a Sacred Deer). It is produced by Mythology Entertainment’s Brad Fischer (Shutter Island) and James Vanderbilt (Zodiac), as well as Kripke.

The film will be available on 4K Ultra HD in a combo pack which includes 4K Ultra HD Blu-rayTM, Blu-rayTM and Digital. The 4K Ultra HD disc will include the same bonus features as the Blu-rayTM version, all in stunning 4K resolution.

Based on the Novel By: John Bellairs

1 lucky winner on Redhead Mom will receive a copy of The House with a Clock in its Walls on Blu-ray/DVD!!!

Who in your home would like to see The House with a Clock in its Walls?