Disney’s #DreamBigPrincess Celebration For International Day of the Girl 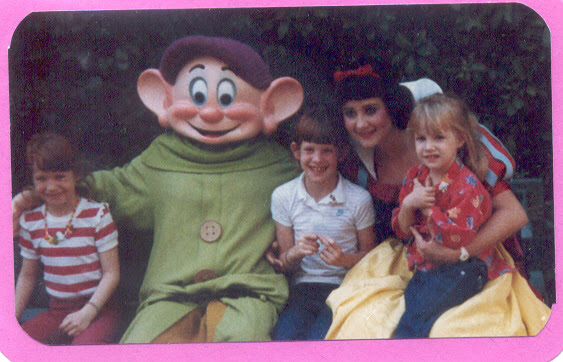 Growing up, I loved everything Disney! My mom worked for the accounting department for Disney, which meant we got to visit Disneyland a LOT! It was awesome! I even celebrated a birthday at Disneyland with some of my friends from school. It was when Beauty and the Beast was popular and it was a huge deal when Belle and a few other princesses came over to our table at lunch and sang “Happy Birthday” to me with a Disney Princess birthday cake. Disney was a big part of my life! 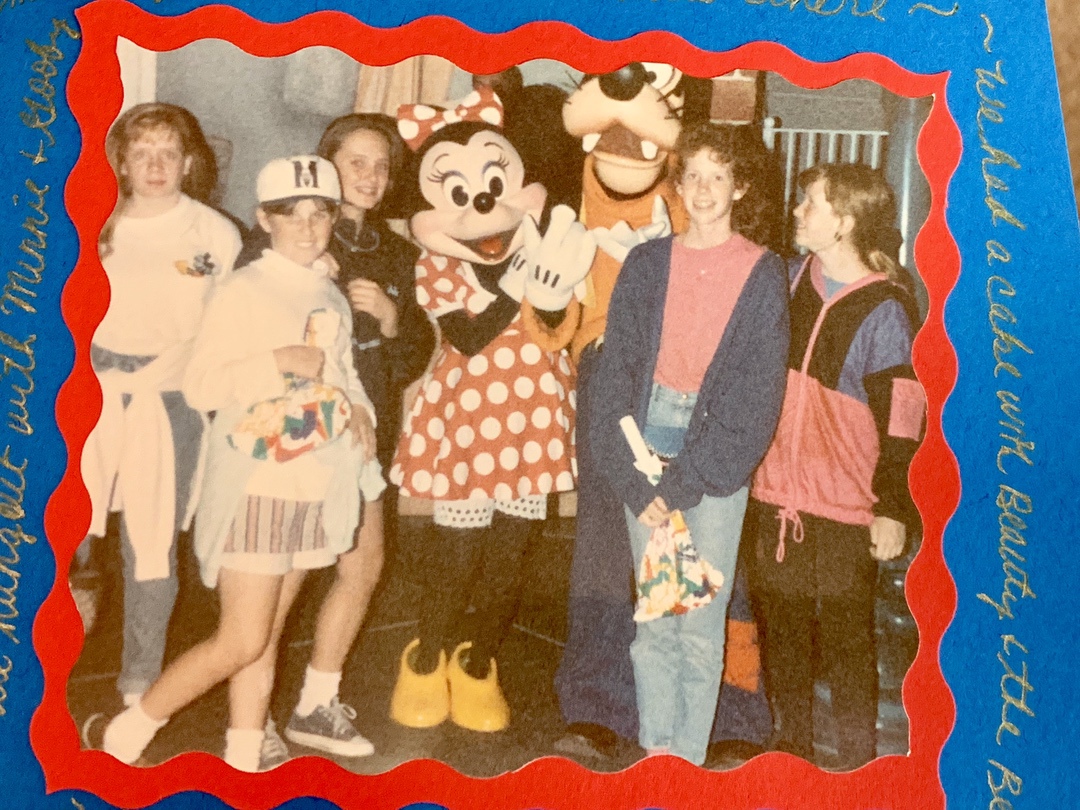 Today, October 11th, is the International Day of the Girl and Disney has launched a new global video series offering advice and inspiration on achieving success for the next generation of young global leaders. The #DreamBigPrincess video series, produced and directed by young women from the United Nations Foundation’s Girl Up initiative shares the stories of 20 trailblazing women across technology, entertainment, medicine, law, sports, arts, science, fashion and politics to show the next generation what’s possible if you dream big.  Each video will be shared across Disney’s global media platforms as part of a campaign to unlock up to a $1 million donation to Girl Up.

Emily Blunt, Jennifer Lee, Kathleen Kennedy, Jo Malone CBE, Robin Roberts and Victoria Arlen join forces with renowned athletes, doctors, scientists and more in Disney’s new #DreamBigPrincess global video series. These 21 aspiring young filmmakers from 13 countries direct digital shorts spotlighting the stories of female trailblazers to inspire the next generation to follow their dreams. In fact, one of the aspiring filmmakers, Marisa Umeh, is from Diamond Bar, CA (woot woot California!) and was mentored by GMA Anchor Robin Roberts. How awesome is that??!!! This series will be shared across social media to unlock up to a $1M donation from Disney to the United Nations Foundation’s Girl Up initiative.

“Dreaming big is one of the most important things any of us can do – to keep aiming higher,” says Kathleen Kennedy, President of Lucasfilm, who was interviewed for the series by Maud Webster, age 16, from the UK. “The #DreamBigPrincess series is giving a voice to a group of talented young women, helping them tell stories that kids can learn from, whatever their ambition.”

Disney provided mentorship support for the 21 Girl Up leaders from different corners of the globe as they captured the stories of a diverse group of role models in digital shorts. Each video will be shared across Disney’s global media platforms (www.disney.com/dreambigprincess) as part of a campaign to unlock up to a $1 million donation to Girl Up, an initiative of the UN Foundation to support girls‘ leadership.

“We have the responsibility to hand that baton of self-belief and positivity to the next generation,” says Jo Malone CBE, Entrepreneur and Founder of Jo Loves, who was interviewed by Bethel Kyeza, age 16. “Storytelling can help us believe that no matter who we are or where we come from, we have every right to write the story of our own life and fulfill it.”

“There’s a line in Mary Poppins where she says anything is possible, even the impossible. I think that really symbolizes what dreaming big is all about, the idea if you want something big enough that the universe is going to conspire to give it to you,” says Emily Blunt, Golden Globe Award-winning actress who was interviewed by Marisa Torre, age 17.

Spanning a host of professions, an accomplished roster of women share their tips for success in the 20-part series:

“The #DreamBigPrincess series documents a host of inspiring stories and diverse experiences, but the common message is clear,” says Zenia Mucha, Senior Executive Vice President, Communications, The Walt Disney Company. “Having a big dream is the first step on the path to success, and positive role models are critical in helping you continue on that journey – whether that’s a fictional entrepreneur like Tiana or a real-world success story like any of the women in this series.”

The aspiring filmmakers embarked on their creative journeys back in July, with ongoing mentorship from Disney, Apple and female-led production company Summerjax ahead of the series debut. Each video was shot on iPhone X and edited using Final Cut Pro X running on MacBook Pro.

“It’s important to have role models – and by role models I mean the 21 girls that are part of the ‘Dream Big, Princess‘ project – out there to inspire other girls,” says Susan Prescott, Vice President of Product Marketing at Apple, who was interviewed by Jessica Zhang, age 16. “I think it’s important to recognize their talents, let them have a voice and show the great things they can do.”

Through Disney’s collaboration with Girl Up, the #DreamBigPrincess campaign aims to make a tangible difference for girls who face challenges in achieving their dreams. For each like or share of a video or photo posted publicly with #DreamBigPrincess on Facebook, Instagram or Twitter, Disney Worldwide Services will donate US $1 to GirlUp in support of girls‘ leadership and empowerment (minimum donation: $500,000/maximum donation: $1 million). This charitable initiative kicks off today and runs until November 20, 2018.

“Last year’s donation from Disney has already had a huge impact, allowing us to extend our network of Girl Up clubs outside the US by more than 50%, giving more girls the leadership skills they need to advocate for themselves and others,” says GirlUp Co-Executive Director, Melissa Kilby. “We’re so proud of the series that our young Girl Up leaders have created and hope people around the world will play their part in supporting the rights of girls by liking and sharing them on social media.”

This year’s video series builds on the success of the #DreamBigPrincess Global Photography series, which saw 19 female photographers from 15 countries capture inspiring stories of real-world women and girls to encourage kids to reach for their goals. The campaign reached millions of families around the world unlocking a $1 million donation to Girl Up in less than five days. The images from the multi-award-winning campaign were also honored with an exhibition at the United Nations Headquarters in New York City.

The initiative is part of Disney’s ongoing Dream Big, Princess campaign that encourages kids everywhere to dream big by highlighting key story moments and inspiring qualities that each Disney Princess showcases through her adventures, such as Merida’s bravery, Cinderella’s kindness or Tiana’s perseverance. Disney is committed to helping today’s youth create the future they imagine by providing them with inspiration and opportunity through transformative programming, of which this campaign is an example.

CLICK HERE to view the #DreamBigPrincess video series and biographies of each of the aspiring filmmakers and interview subjects.

In honor of the new #DreamBigPrincess digital shorts series, all Disney Parks guests around the world are also invited to Disney bound in outfits inspired by their favorite female Disney characters on October 11, declared the International Day of the Girl by the United Nations. Disney bounding can include color schemes, patterns, accessories and more that speak to favorite Disney characters. Disney stores nationwide will also celebrate the launch of the initiative with in-store Dream Big, Princess events on Saturday, October 13th.

Disney Parks, Experiences and Consumer Products is the business segment of The Walt Disney Company (NYSE:DIS) that brings the magic of Disney’s stories, characters and franchises into the daily lives of families and fans around the world to create memories that last a lifetime. The company’s iconic travel and leisure businesses include six resort destinations in the United States, Europe, and Asia; a top-rated cruise line; a luxurious family beach resort in Hawaii; a popular vacation ownership program; and an award-winning guided family adventure business. Disney’s global consumer products operations include the world’s leading licensing business; the world’s largest children’s print publisher; Disney Store locations around the world; and the shopDisney e-commerce platform. These experiences are created by Walt Disney Imagineering, the innovative force responsible for overseeing the segment’s world-class products and experiences – from immersive lands to interactive toys, and everything in between. 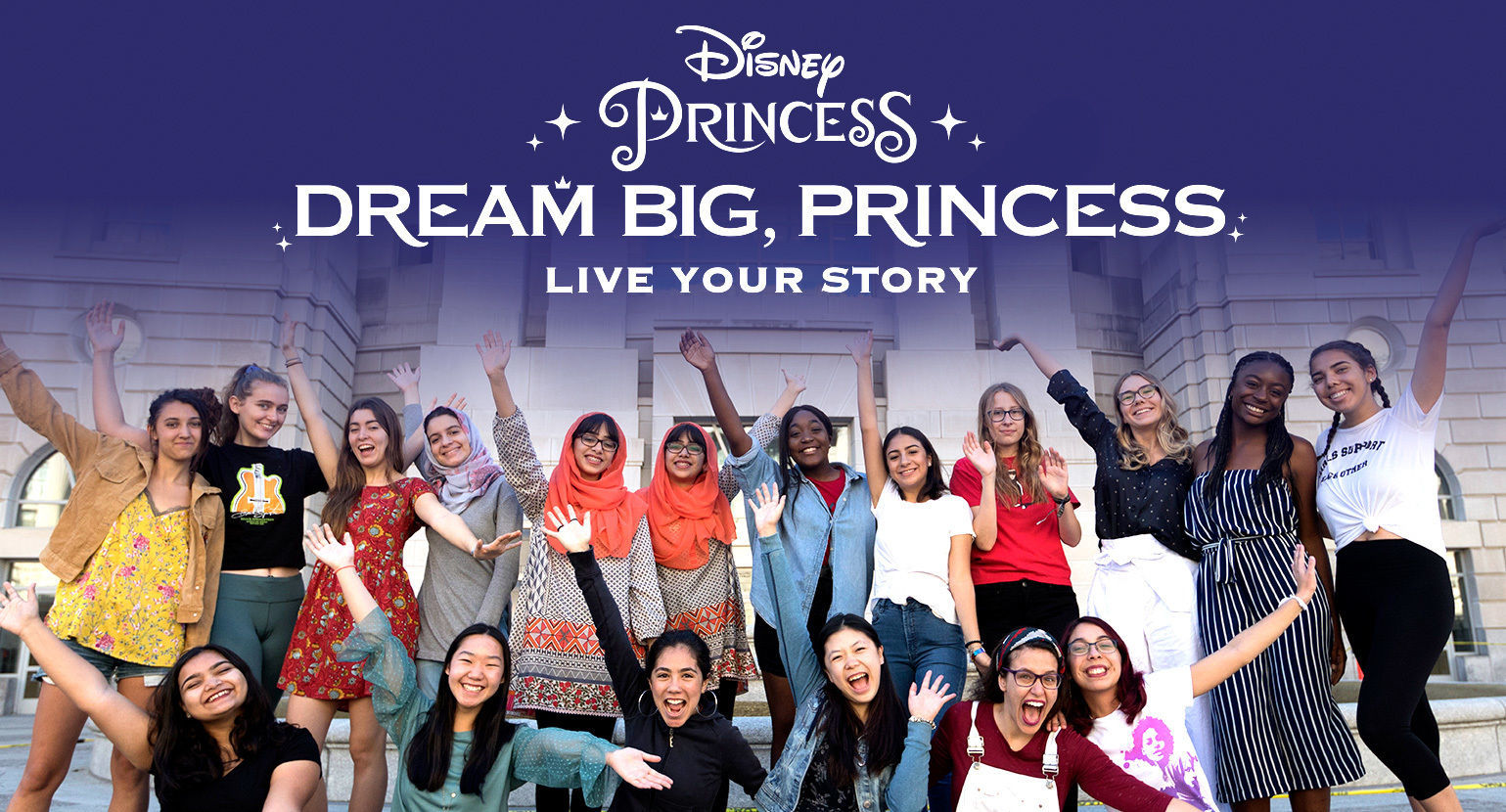 Girl Up is a global leadership development initiative, positioning girls to be leaders in the movement for gender equality. With resources in five languages and 2,500 Girl Up Clubs in more than 100 countries, we’ve trained 40,000 girls of all backgrounds to create tangible change for girls everywhere. Girl Up provides leadership training and gives girls tools to become gender equality advocates and activists. Through their programs, girls broaden their social impact skill set, benefit from a platform to tell their stories, and apply STEM for social good. Their girl leaders create real policy change at local and national levels, help raise millions of dollars to support United Nations programs that reach tens of thousands of girls around the world, and build community-based movements. Girl Up was founded by the United Nations Foundation in 2010 and continues to work across a global community of partners to achieve gender equality worldwide. Learn more at GirlUp.org.

About the United Nations Foundation

The United Nations Foundation acts as a strategic partner to help the United Nations mobilize the ideas, people, and resources it needs to deliver and to grow a durable constituency for collective action. They focus on issues at the heart of the Sustainable Development Goals, build initiatives across sectors to solve problems at scale, and engage citizens who seek action. Founded in 1998 by entrepreneur and philanthropist Ted Turner, the UN Foundation works with philanthropic, corporate, government, and individual partners. Learn more at www.unfoundation.org.

Have you watched this series yet?