Today, we’re bringing our Family Movie Night Fun with the Hotel Transylvania 3 Movie Kit,
which was provided to us by Sony Pictures Home Entertainment and Jazwares. 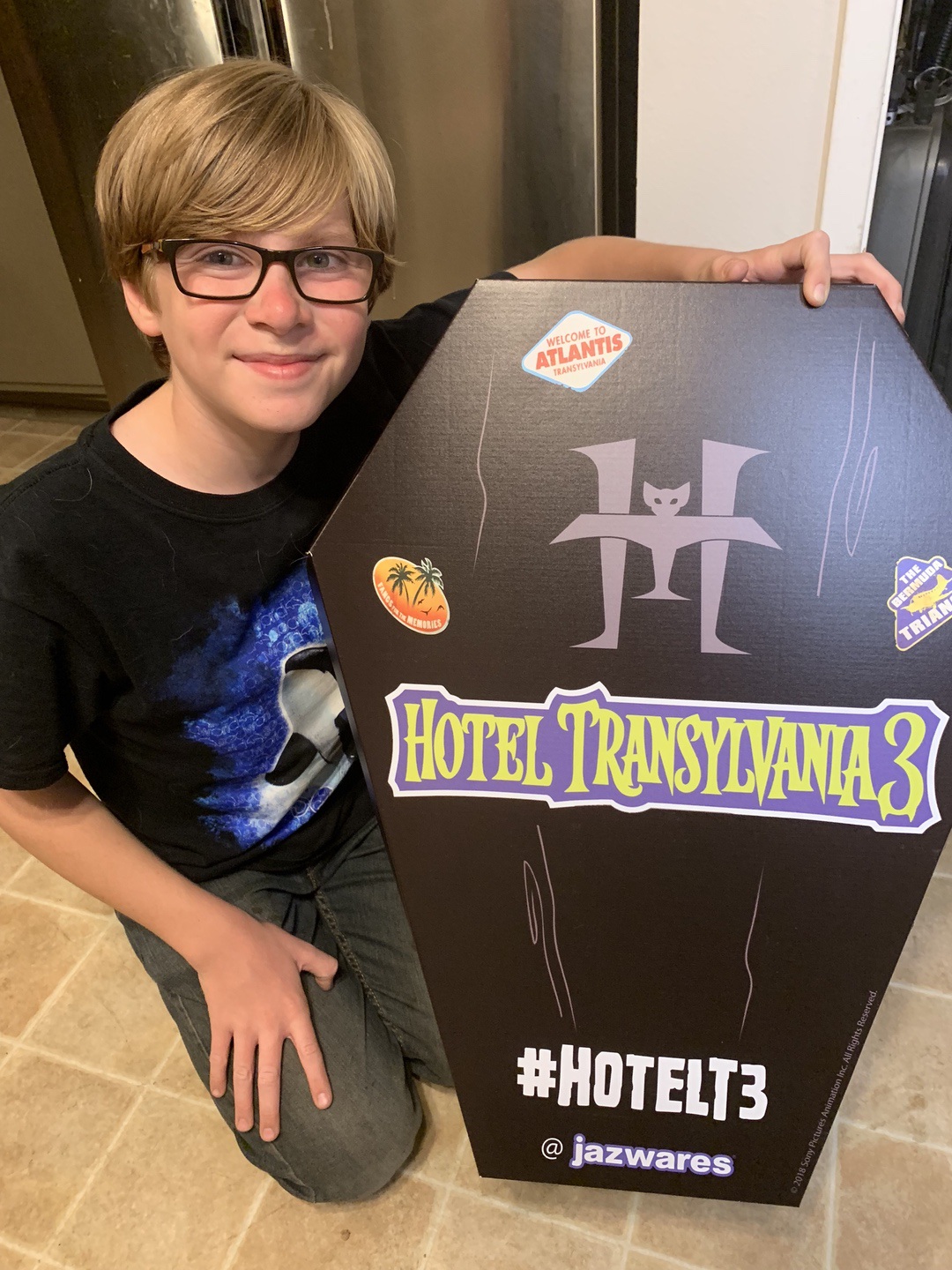 Not sure about you, but I love this time of year! The leaves are changing colors, the air is getting cooler and Halloween is just around the corner. Coming out in time for Halloween is HOTEL TRANSYLVANIA 3 – available on Blu-ray, DVD and Digital release from Sony Pictures Home Entertainment on October 9th. To celebrate the new release, we received a fun HOTEL TRANSYLVANIA 3 Movie Night Kit, filled with all kinds of fun goodies! 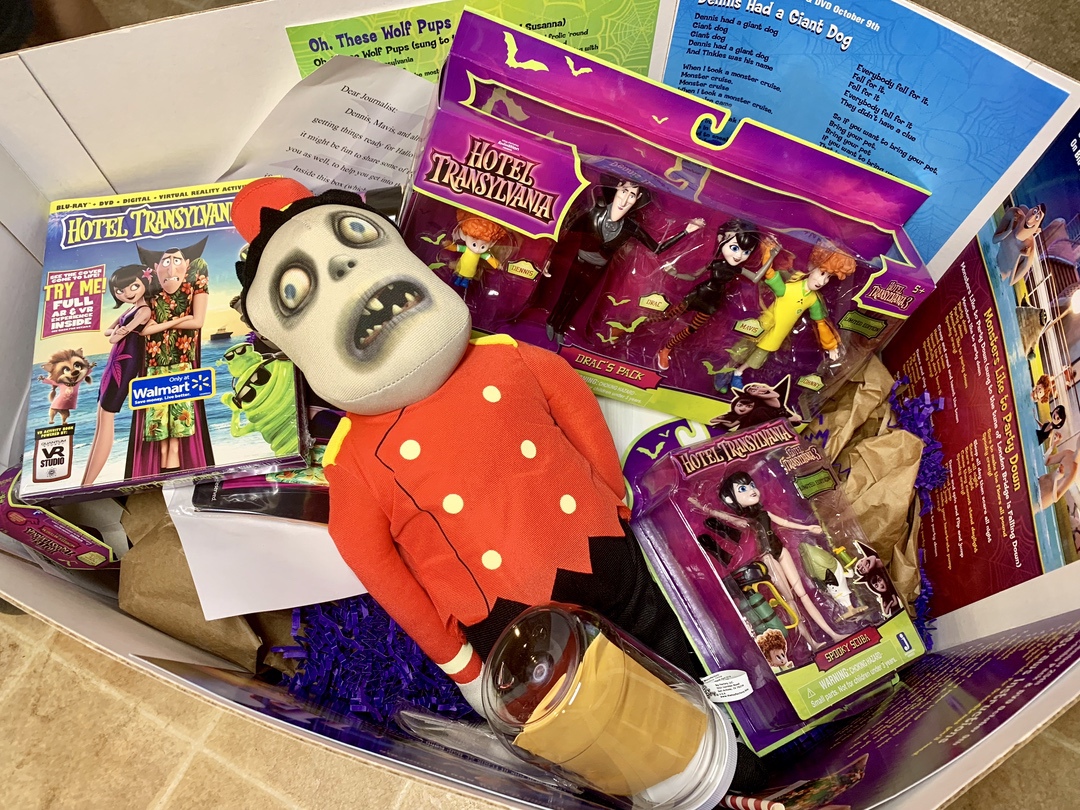 In our HOTEL TRANSYLVANIA 3 movie night kit, we not only received the Blu-ray, DVD and Digital Combo pack. We also received popcorn, pumpkin carving designs and tools, streamers, a plush and select toys inspired by the movie. These toys are made by Jazwares, an award-winning toy company that created a whole new series of toys based on the HOTEL TRANSYLVANIA 3 characters. These toys are awesome and the kids had a blast playing with them! 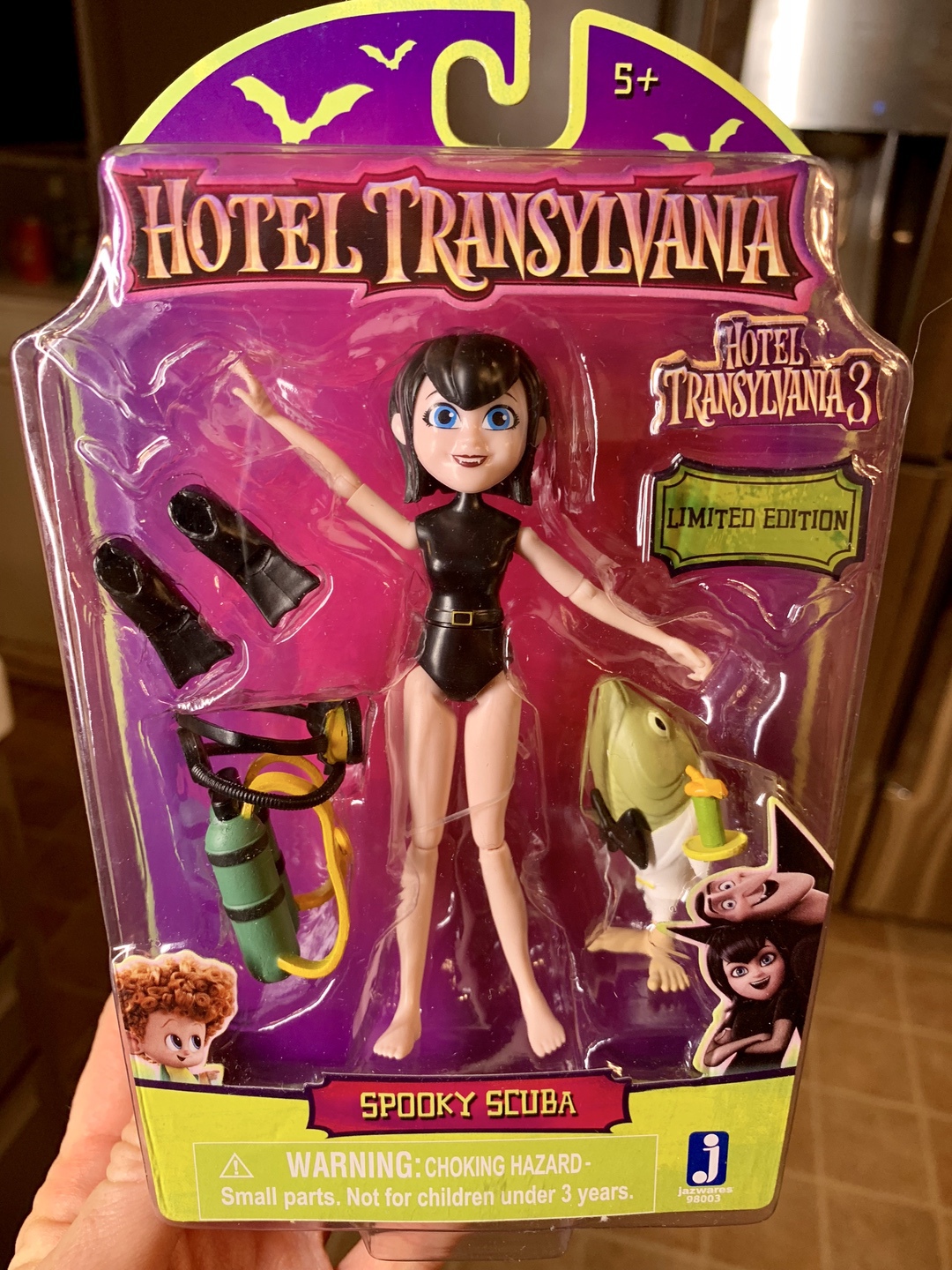 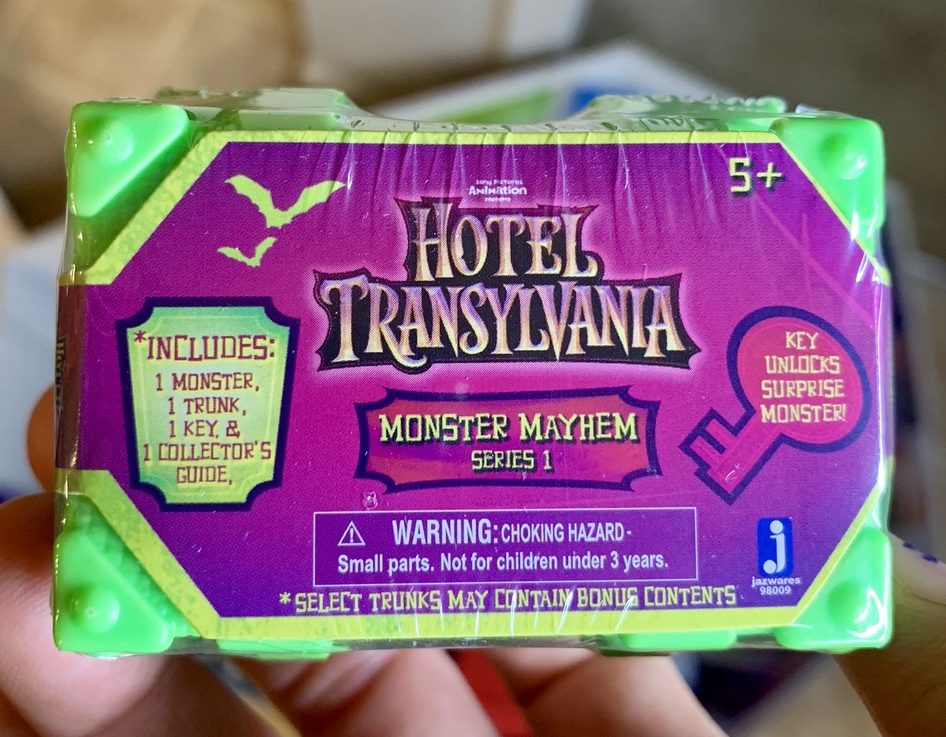 If you’re looking for something fun to do with your family on Halloween night, I would suggest making it a Fun, Halloween Monster Movie Night with HOTEL TRANSYLVANIA 3! This fun combo pack includes a Monster Dance Party Dance Along, Three All-New Scary-Oke Sing Alongs, a Vampire Make Over Tutorial, Two Mini Movies and More! Complete your movie night with pumpkin carving fun, freshly popped popcorn (like at the movies), Halloween-themed cookies, a cuddly plush and the HOTEL TRANSYLVANIA 3 movie! 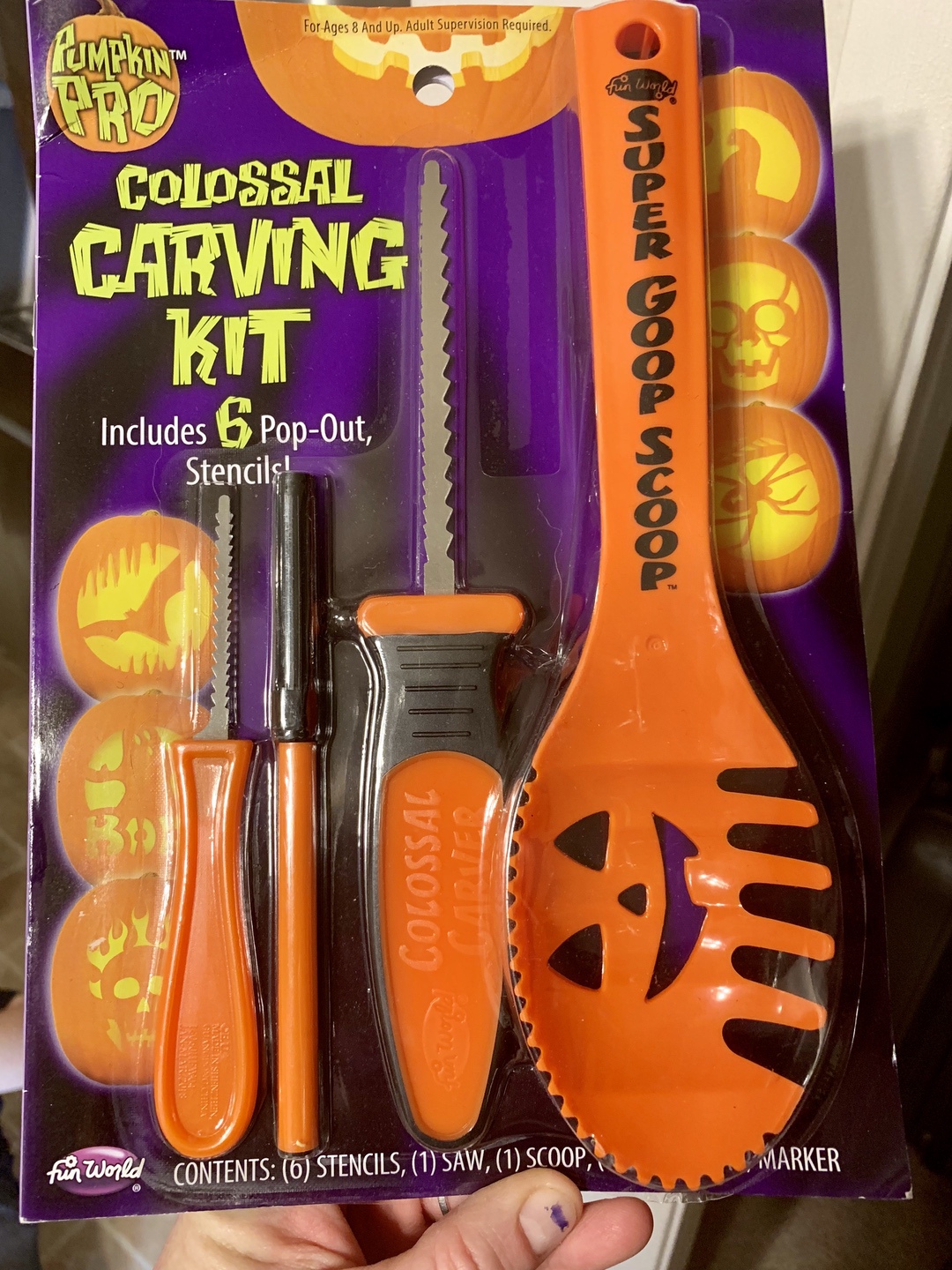 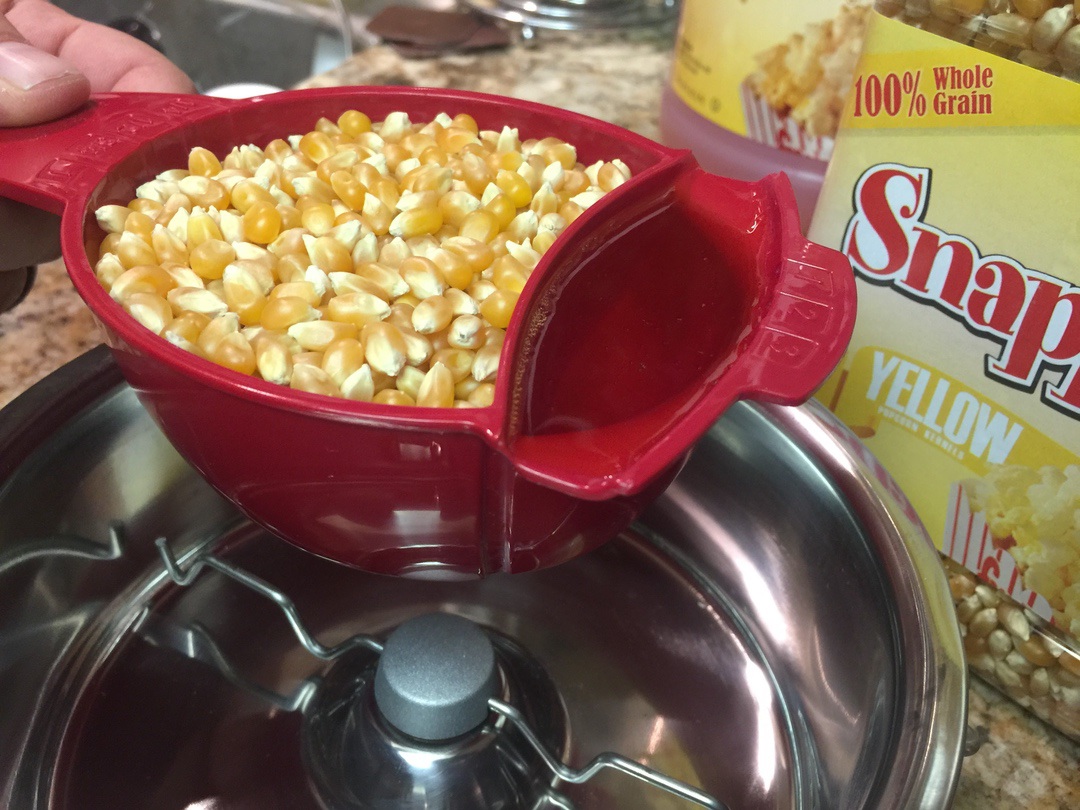 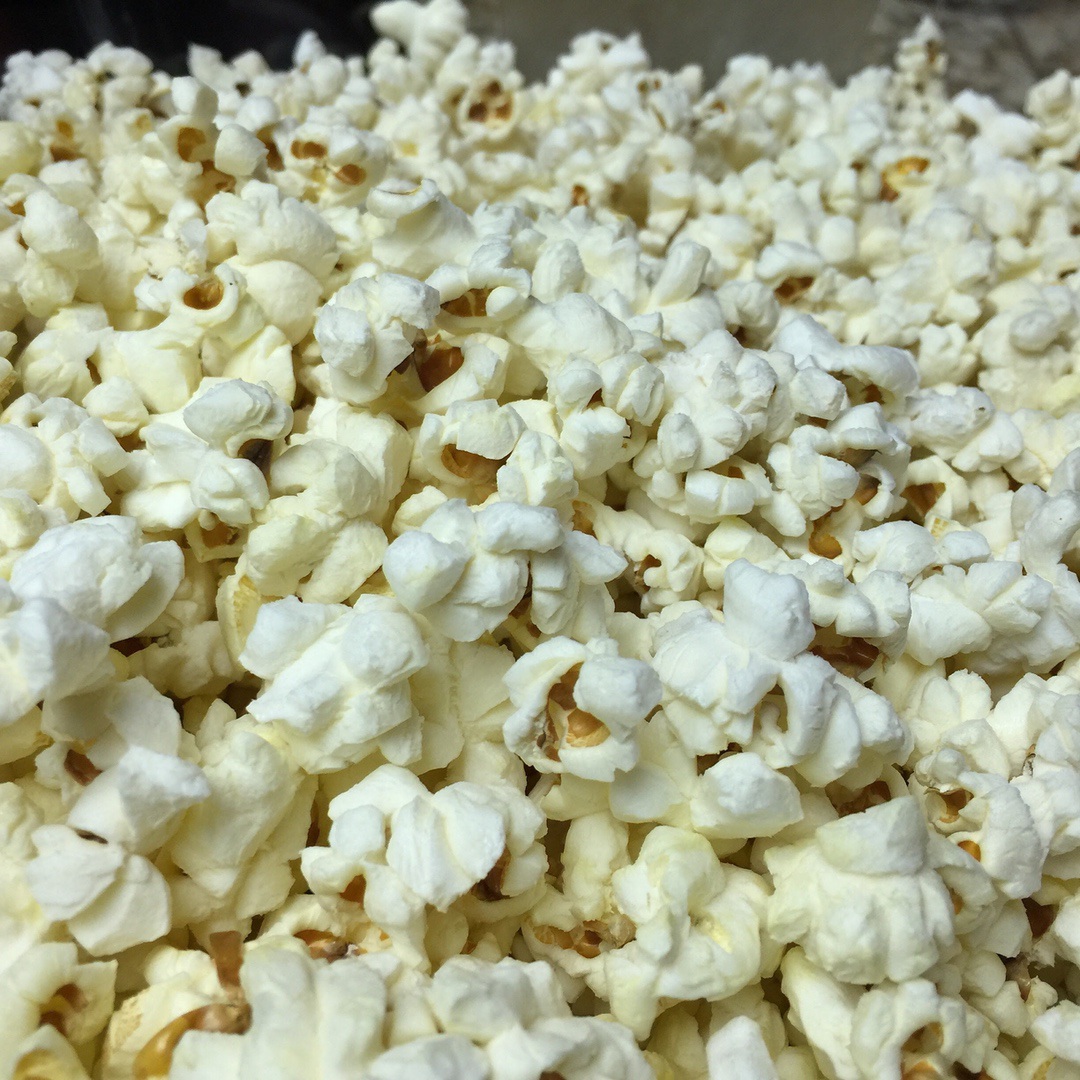 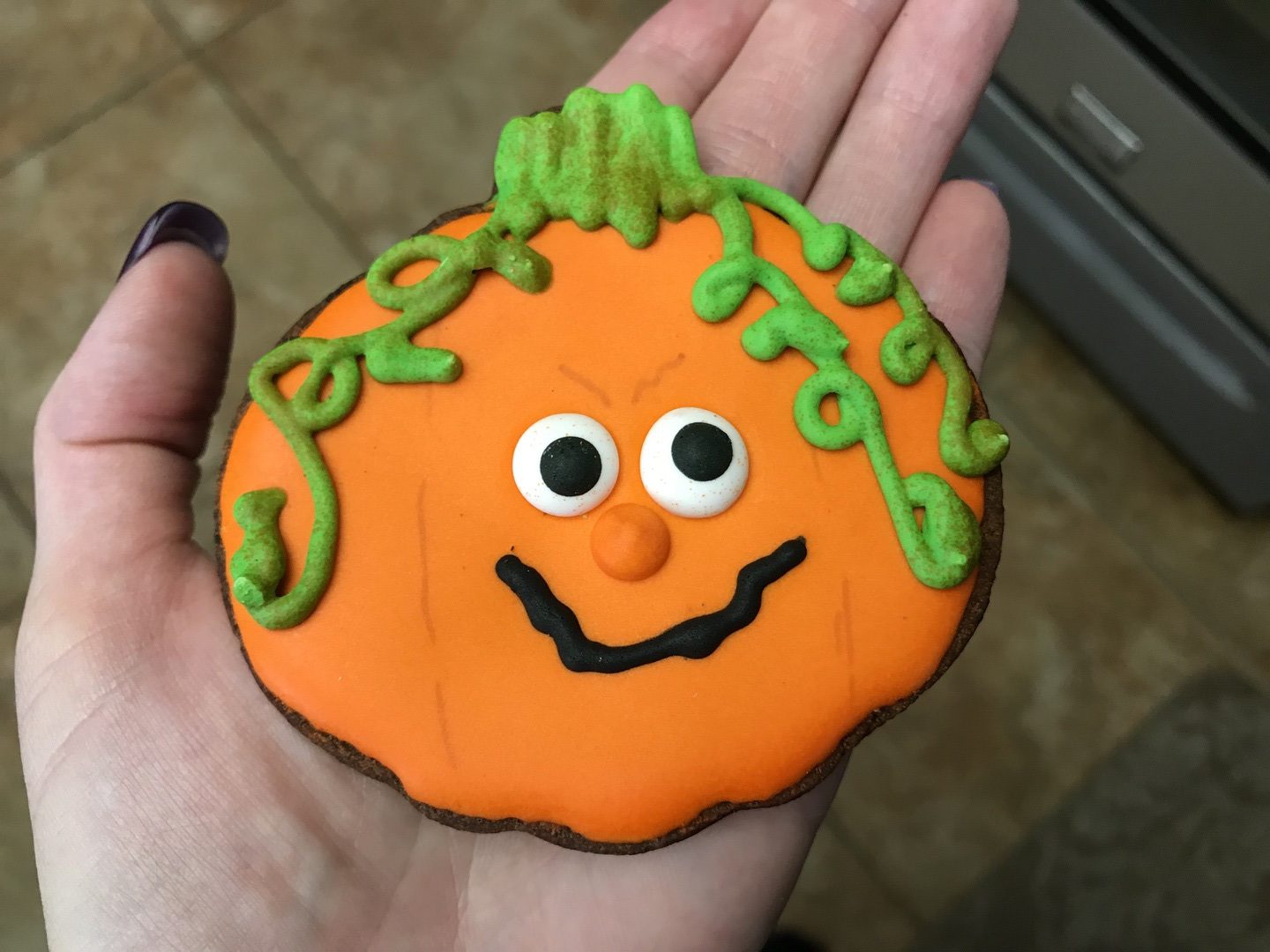 The Drac Pack is back with HOTEL TRANSYLVANIA 3, which will make its debut on Digital HD September 25, and on Blu-ray™ Combo Pack and DVD on October 9, just in time to for a spooky, fun, family movie night right before Halloween! This must-own family comedy, which has grossed more than $425 million in theaters worldwide to date, follows in the tradition of the blockbuster Hotel Transylvania franchise when Mavis surprises Dracula with a family voyage on a luxury, haunted monster cruise ship. Of course, the rest of the Drac Pack has to tag along, and that’s when things get a little…batty. The monsters are having a great time, indulging in all of the shipboard fun the cruise has to offer, from monster volleyball to colossus-sized buffets and exotic excursions, but then the unexpected happens when Drac falls for the ship’s mysterious (and dangerous) human captain Ericka. The third film in this family-friendly monster franchise is the best reviewed installment and you’re invited along on the haunted cruise vacation! The all-star voice cast is back, along with some new faces as well including Adam Sandler (Grown-Ups), Andy Samberg (TV’s “Brooklyn Nine-Nine”), Selena Gomez (Spring Breakers), Kevin James (Paul Blart: Mall Cop 2), David Spade (TV’s “Rules of Engagement”), Steve Buscemi (TV’s “Boardwalk Empire”), Keegan Michael Key (TV’s “Key and Peele”), Molly Shannon (TV’s “Saturday Night Live”), Fran Drescher (TV’s “The Nanny”), Kathryn Hahn (Bad Moms), Jim Gaffigan (Super Troopers 2) and Mel Brooks (Young Frankenstein). 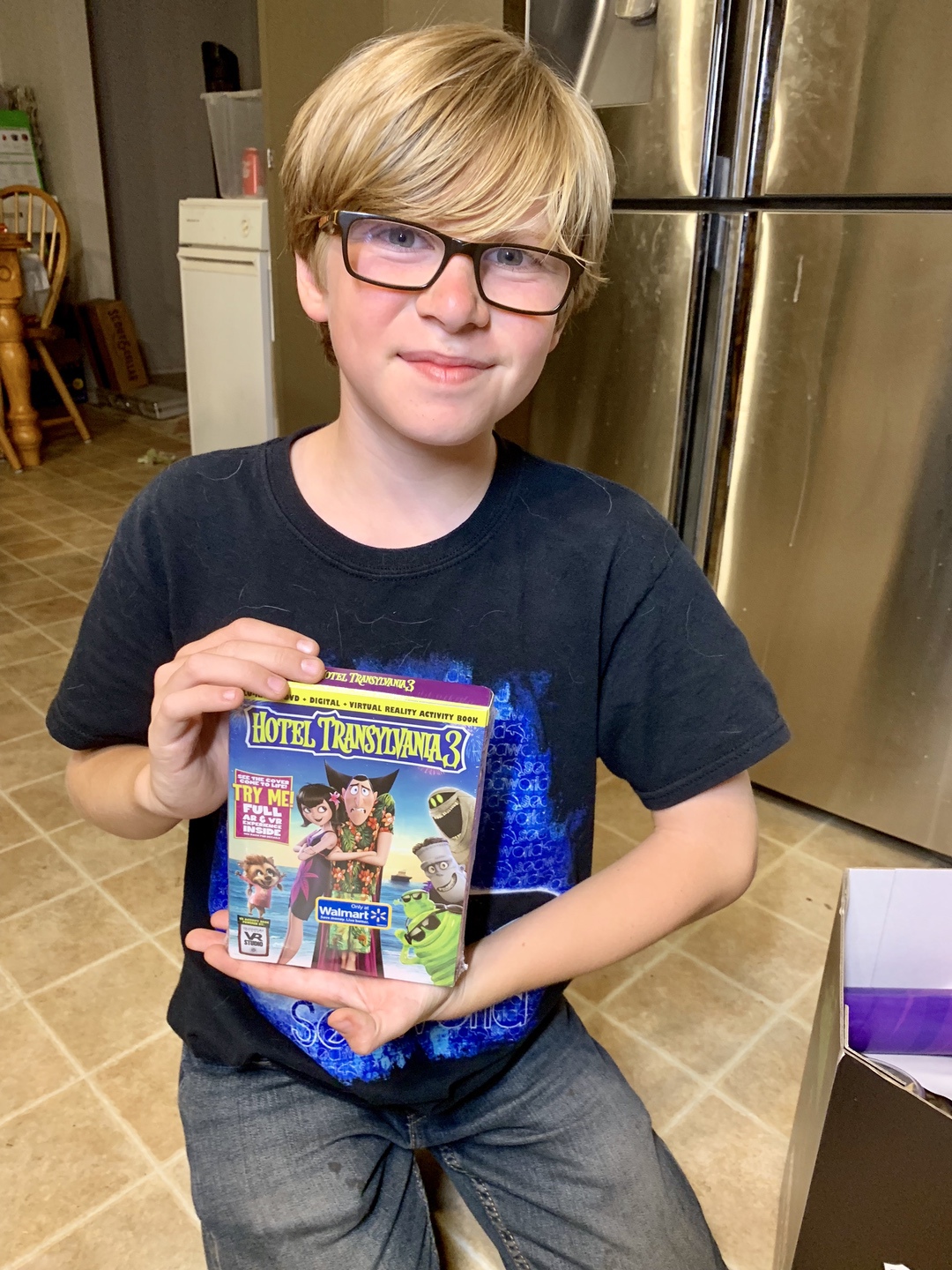 HOTEL TRANSYLVANIA 3 is filled with more than an hour of engaging bonus materials including three “All-New Scary-Oke Sing Alongs,” a monster dance party dance along to “I See Love” by Joe Jonas featuring Jonas Blue, plus a fun zing-tastic read along with Drac. Families can enjoy all the frightful fun with a “Plan Your Own Spook-tacular Sleepover” feature and
“Vampire Make Over: Mavis and Drac Tutorial,” and go behind-the-scenes to explore the amazing talent who bring these characters to life in “Behind the Screams – The Voices of Hotel Transylvania 3. 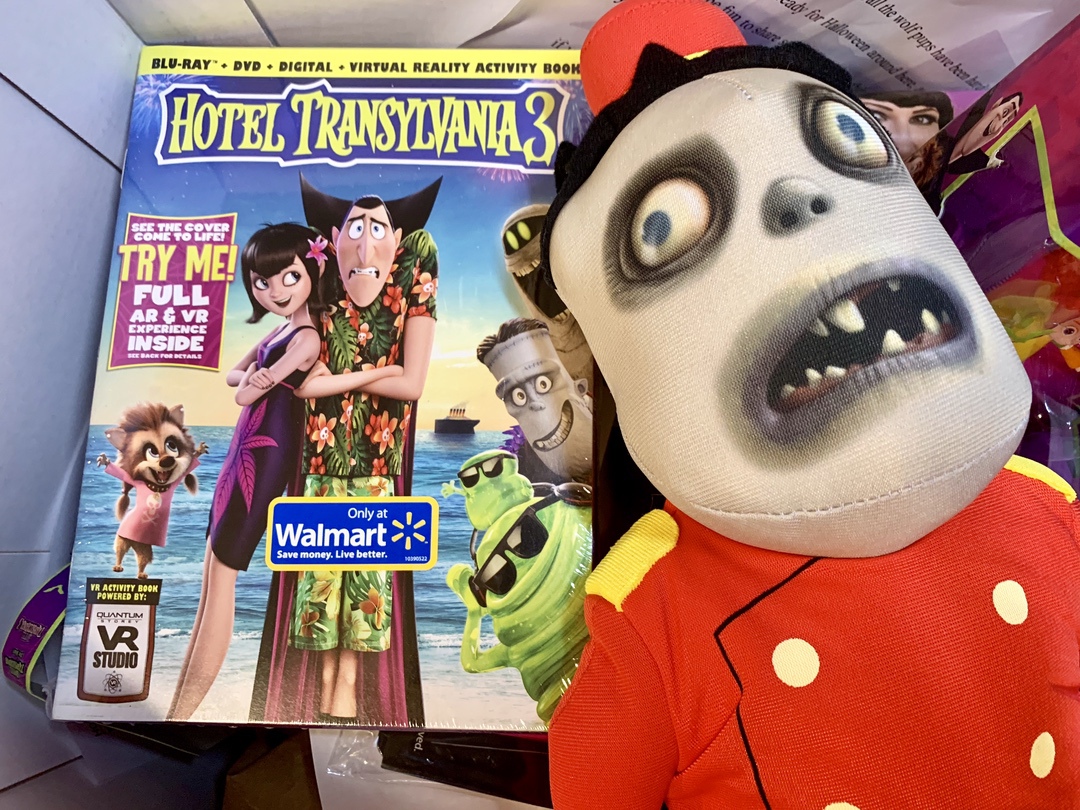 Plan Your Own Spook-tacular Sleepover: This feature will give you all details on how to make your own sleepover spook-tacular! From snacks to crafts to games and more, follow these steps to create a Hotel T sleep-over with your friends and family, the perfect setting to binge watch all 3 Hotel Transylvania movies.

Vampire Make Over: Mavis and Drac Tutorial: Learn how to turn yourself into your favorite Hotel Transylvania 3 characters.

Behind the Screams – The Voices of Hotel Transylvania 3: Step behind the “screams” with the returning stars and hilarious new cast to see how these characters are brought to life in the recording booth.

“I See Love” Monster Dance Party Dance Along: Get up and get moving to this haunting monster mash.

Drac’s Zing-tastic Read Along: It’s storytime with your favorite characters have a silly tale about Drac&#39;s search for a Zing! Read along or sit back and enjoy!

Two Mini Movies (rated G): Two mini-features that will have you howling

HOTEL TRANSYLVANIA 3 has a run time of approximately 97 minutes and is rated PG for some action and rude humor. 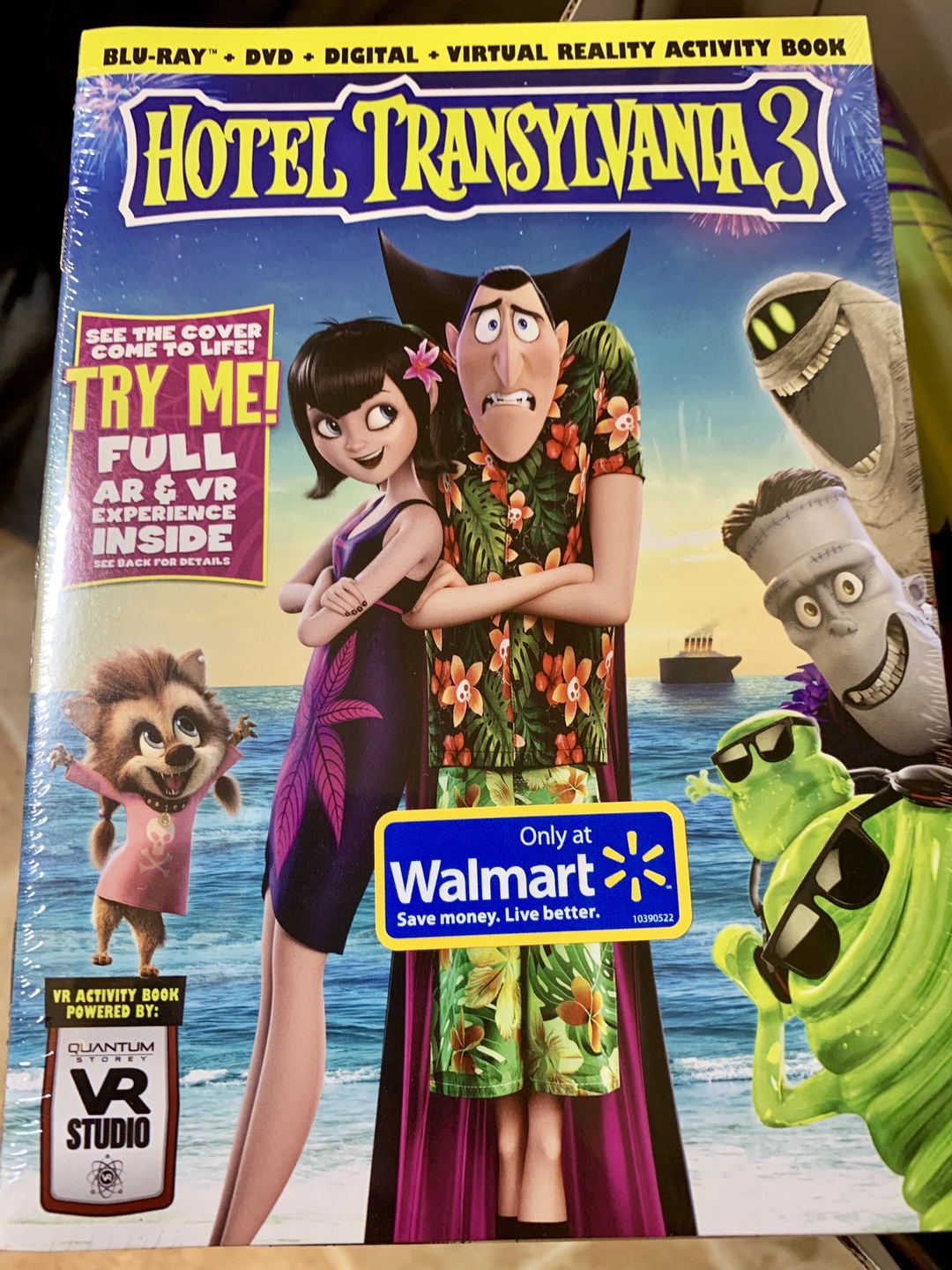 Sony Pictures Animation produces a variety of animated and family entertainment for audiences around the world, including comedy hit franchises such as The Smurfs, Cloudy with a Chance of Meatballs, and Hotel Transylvania. Next for the division are Genndy Tartakovsky’s Hotel Transylvania 3: Summer Vacation, in theaters now; the groundbreaking animated feature Spider-Man: Into the Spider-Verse from the minds of Phil Lord and Christopher Miller in December 2018; the original feature comedy The Mitchells Vs. The Machines in January 2020; and the animated musical Vivo, featuring original songs by Lin-Manuel Miranda, in November 2020. Sony Pictures Animation, which was founded in 2002, is a division of the Sony Pictures Motion Pictures Group.

Who in your home would like to see HOTEL TRANSYLVANIA 3?