Holiday Gift Ideas for the Five Nights at Freddy’s Fan

The first time I heard of Five Nights at Freddy’s was from my daughter. She loved playing the game and the thrills and challenges that came with it. She also became a fan of the characters in the game and wanted plushes and other goodies from FNAF for birthdays and Christmas. Finding the FNAF goodies was a challenge at first, but with some time and researching, Frank and I got pretty good at finding the goodies. Here are the top places and items we found for our FNAF fan. 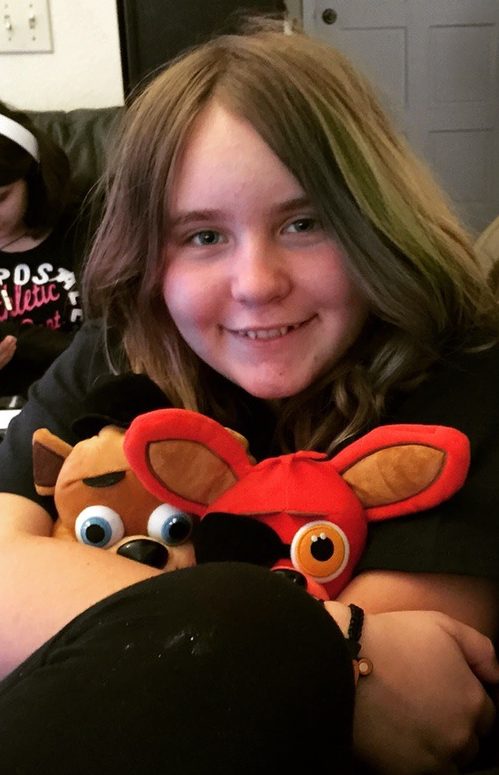 Amazon – In our family, we have Amazon Prime and love it!  If you don’t have it, I highly encourage you look into getting it. Not only do you get great deals on Amazon, but you also get FREE 2 day shipping and you can even stream free TV shows and movies!

eBay – We love finding gifts on eBay at times because you can get good deals on items that may no longer be available and typically, the shipping is pretty fast (all dependent on the seller of course).

Hot Topic – We’ve found a ton of FNAF goodies at our local Hot Topic. A lot of times, they will have great sales, including buy 2 get 1 free or you can also earn Hot Topic bucks. For the bucks, just don’t forget to spend them, which we usually forget about. At Hot Topic, we’ve found FNAF themed socks, scarves, beanies, shirts, plushes, wallets and more!

Spencer’s Gifts – At Spencer’s you’ll find a lot of interesting gift ideas. I want to say that if you have little ones, you shouldn’t let them roam the store because there are a lot of “grownup” type of items throughout the store. However, you will also find gifts for fandoms, including Five Nights at Freddies, Anime and more.

Do you have a Five Nights at Freddy’s fan in your family?
What do they like?