Over the weekend, I had the opportunity to watch Revolutionary Road. Overall it was a truly sad movie and was pretty hard to watch the constant fighting in the movie. However, Leonardo DiCaprio and Kate Winslet did do an awesome job acting in this movie! 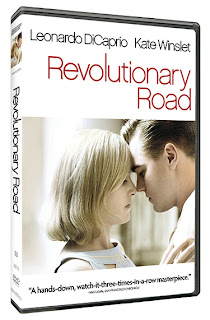