JUMANJI: THE NEXT LEVEL on Blu-ray, DVD and Digital 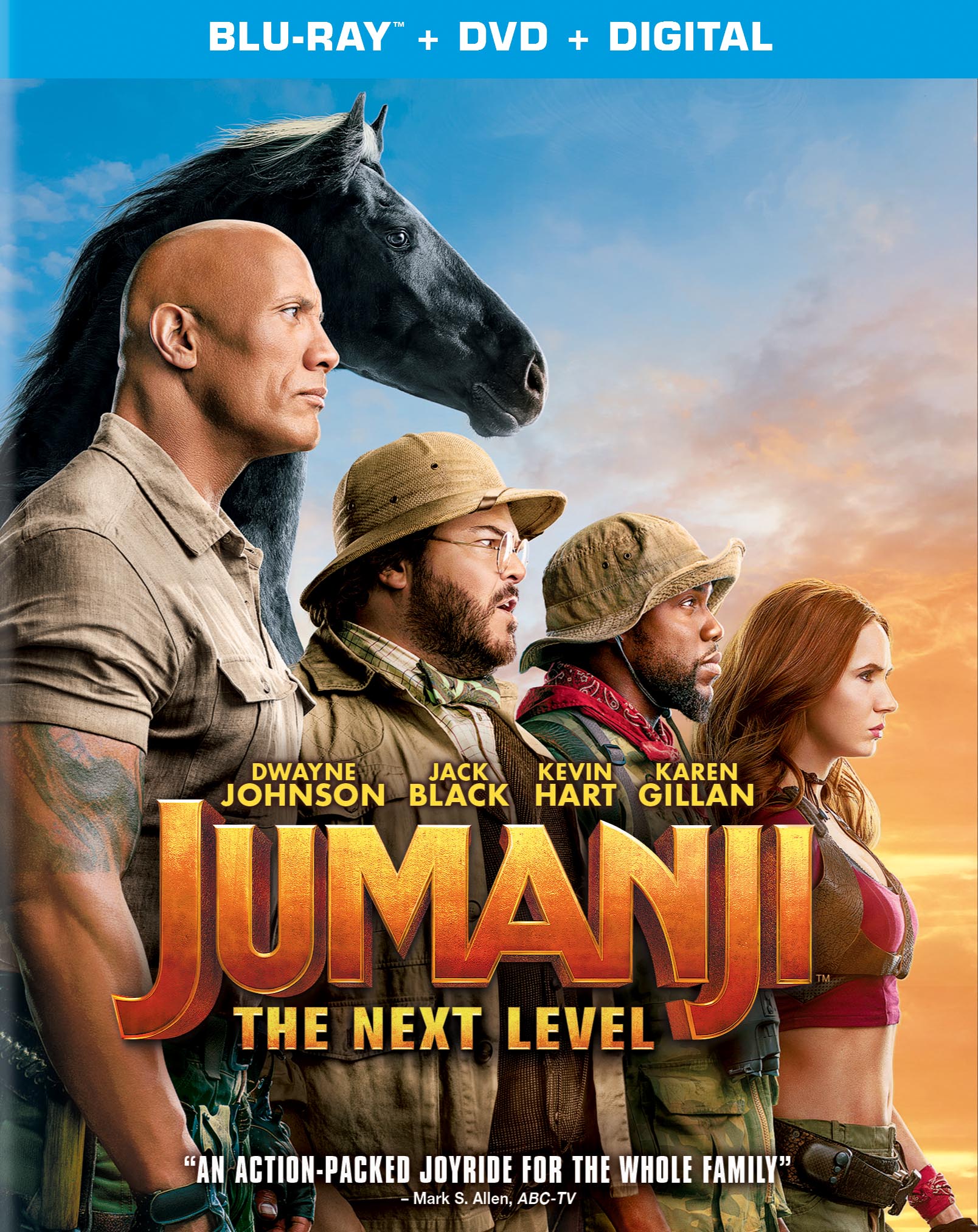 I’ve loved watching all of the JUMANJI movies and was excited to watch the newest one when it was released in theaters. I love all of the actors in JUMANJI: THE NEXT LEVEL – Dwayne Johnson, Jack Black, Kevin Hart and Karen Gillan – and they all did a great job in this movie! I found myself laughing through much of the movie and would watch again in a heartbeat. JUMANJI: THE NEXT LEVEL is now available on Digital, as well as 4K Ultra HDTM, Blu-rayTM and DVD from Sony Pictures Home Entertainment.

Helmed once again by JUMANJI: WELCOME TO THE JUNGLE director Jake Kasdan, JUMANJI: THE NEXT LEVEL, crossing over $700 million at the global box office, brings the fan-favorites back into the game, along with Jumanji newcomers Awkwafina (The Farewell), Rory McCann (TV’s “Game of Thrones”) with Danny Glover (Sorry to Bother You) and Danny DeVito (Dumbo).

JUMANJI: THE NEXT LEVEL catches up with Spencer (Alex Wolff), Fridge (Ser’Darius Blain), Martha (Morgan Turner) and Bethany (Madison Iseman) three years after their first adventure in Jumanji’s mystical video game world. When Spencer goes missing inside the game ahead of the group’s planned reunion from college, his friends, along with his grandfather (Danny DeVito) and his grandfather’s friend (Danny Glover), once again inhabit the avatars of Dr. Bravestone (Dwayne Johnson), “Mouse” Finbar (Kevin Hart), Professor Sheldon Oberon (Jack Black) and Ruby Roundhouse (Karen Gillan) to rescue him. As they return to Jumanji, they discover that nothing is as they expect. With more action and surprises, the players will have to brave parts unknown and unexplored, from the arid deserts to the snowy mountains, in order to escape.

The bonus materials for JUMANJI: THE NEXT LEVEL include a gag reel, several behind-the-scenes featurettes, in-depth scene breakdowns, a brand new jingle and more! The 4K Ultra HD, Blu-ray and DVD also include a fully interactive collectible map that employs Augmented Reality to bring Jumanji to life via smart phone. The experience provides up to ten minutes of game play and allows users to create their own 8-bit Avatar, navigate a series of mini games and much more!

JUMANJI: THE NEXT LEVEL has a runtime of approximately 123 minutes and is rated PG-13 for adventure action, suggestive content and some language. The IMAX® Enhanced 4K Ultra HDTM edition features digitally remastered content presented with High Dynamic Range and DTS:X® audio for a more immersive at-home entertainment experience.

Based on the book by: Chris Van Allsburg

Who would you watch JUMANJI: THE NEXT LEVEL with?