JOJO RABBIT on Blu-ray and DVD 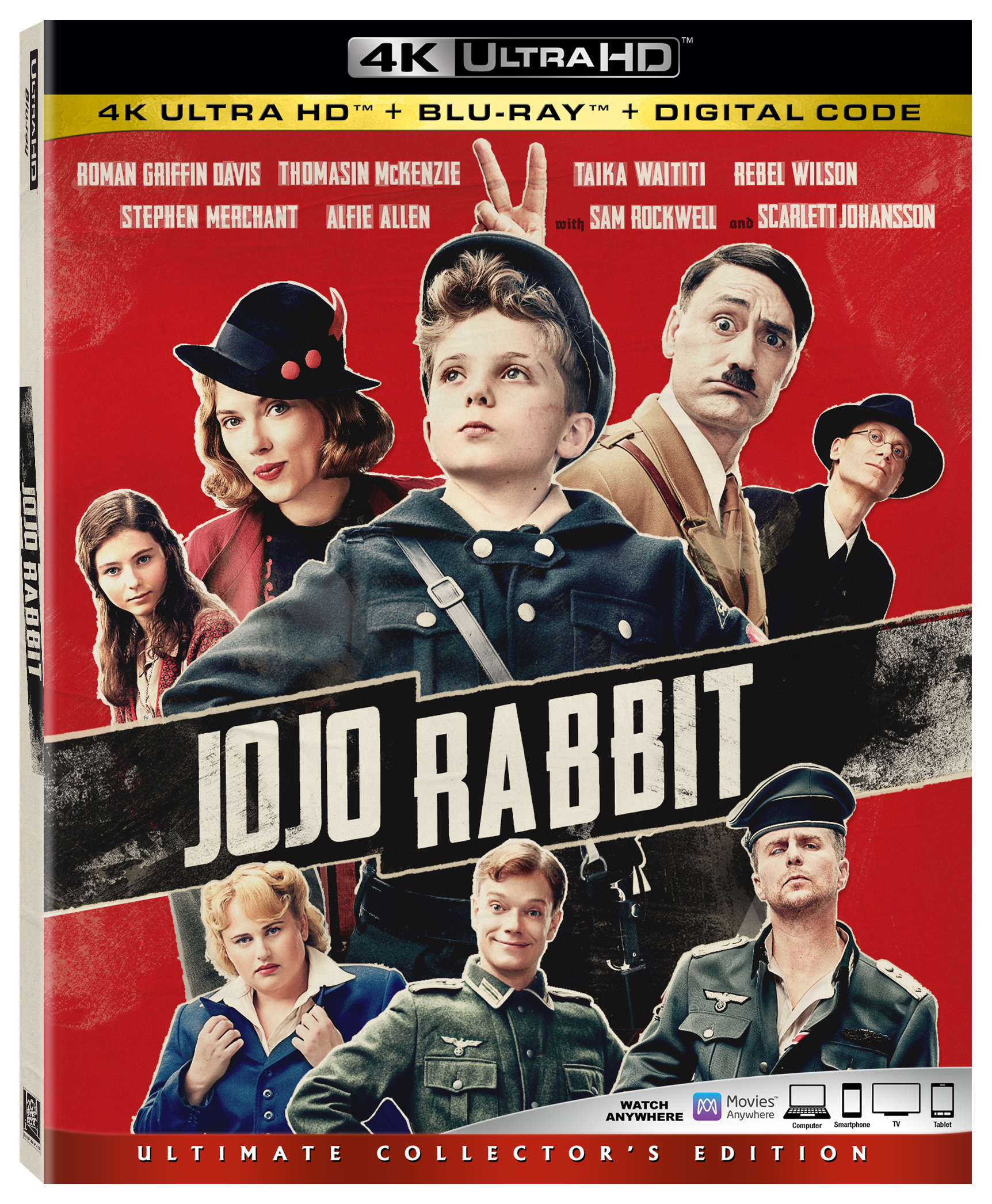 We love to watch movies in our home! Watching movies has become a great way to spend time together as a family. When JO JO RABBIT first came out in theaters, I wasn’t really sure how I felt about it. Once I watched it, I found that I really liked it and thought it had a great storyline. I never thought a pair of shoes could be so powerful emotionally (watch the movie to understand what I’m talking about). If you missed seeing JOJO RABBIT in the theaters, don’t worry because the movie is now available on Blu-ray, DVD and Digital Code. Taika Waititi, Scarlett Johansson, Thomasin McKenzie, Roman Griffin Davis, Sam Rockwell, and Rebel Wilson all did fabulous jobs in their roles in the movie.

Acclaimed writer-director Taika Waititi brings his signature humor and pathos to JOJO RABBIT, a World War II satire that follows a lonely German boy (Roman Griffin Davis as Jojo) whose world view is turned upside down when he discovers his single mother (Scarlett Johansson) is hiding a young Jewish girl (Thomasin McKenzie) in their attic.

JOJO RABBIT and its ensemble cast have garnered attention in the 2020 awards season earning a Best Picture Academy Award® Nomination, a Golden Globe Award nomination for Best Motion Picture — Musical or Comedy, a Critics’ Choice Award nomination for Best Picture, and a Screen Actors Guild Award® nomination for Outstanding Performance by a Cast in a Motion Picture. Star Roman Griffin Davis, whose first-ever acting role was ‘Jojo,’ won a Critics’ Choice Award for Best Young Actor, as well as a nomination for a Golden Globe in the category of Best Performance by an Actor in a Motion Picture — Musical or Comedy. Additionally, Scarlett Johansson has received an Academy Award® Nomination for Best Supporting Actress, and BAFTA and Screen Actors Guild Award® nominations for her performance as ‘Rosie.’ And at the film’s helm, writer, director, actor and producer Taika Waititi has received Academy Award Nominations for Adapted Screenplay and Best Picture (with Carthew Neal), as well as nominations from the Directors Guild of America, the Writers Guild of America, the Producers Guild of America, and BAFTA (Adapted Screenplay). Earlier this year, the film was honored at the AFI Awards, making it onto AFI’s list of the Top 10 Movies of the Year for 2019. And the film also won TIFF’s highly acclaimed Grolsch People’s Choice Award, while Waititi garnered the Ebert Director Award at the festival’s tribute gala awards event.

Add JOJO RABBIT to your digital collection on Movies Anywhere February 4 and on 4K Ultra HDTM, Blu-rayTM and DVD on February 18.

Subtitles:  English for the Deaf and Hard of Hearing, Spanish, and French

Subtitles:  English for the Deaf and Hard of Hearing, Spanish, and French

Subtitles:  English for the Deaf and Hard of Hearing, Spanish and French

Have you seen JOJO RABBIT?

One Response to “JOJO RABBIT on Blu-ray and DVD”