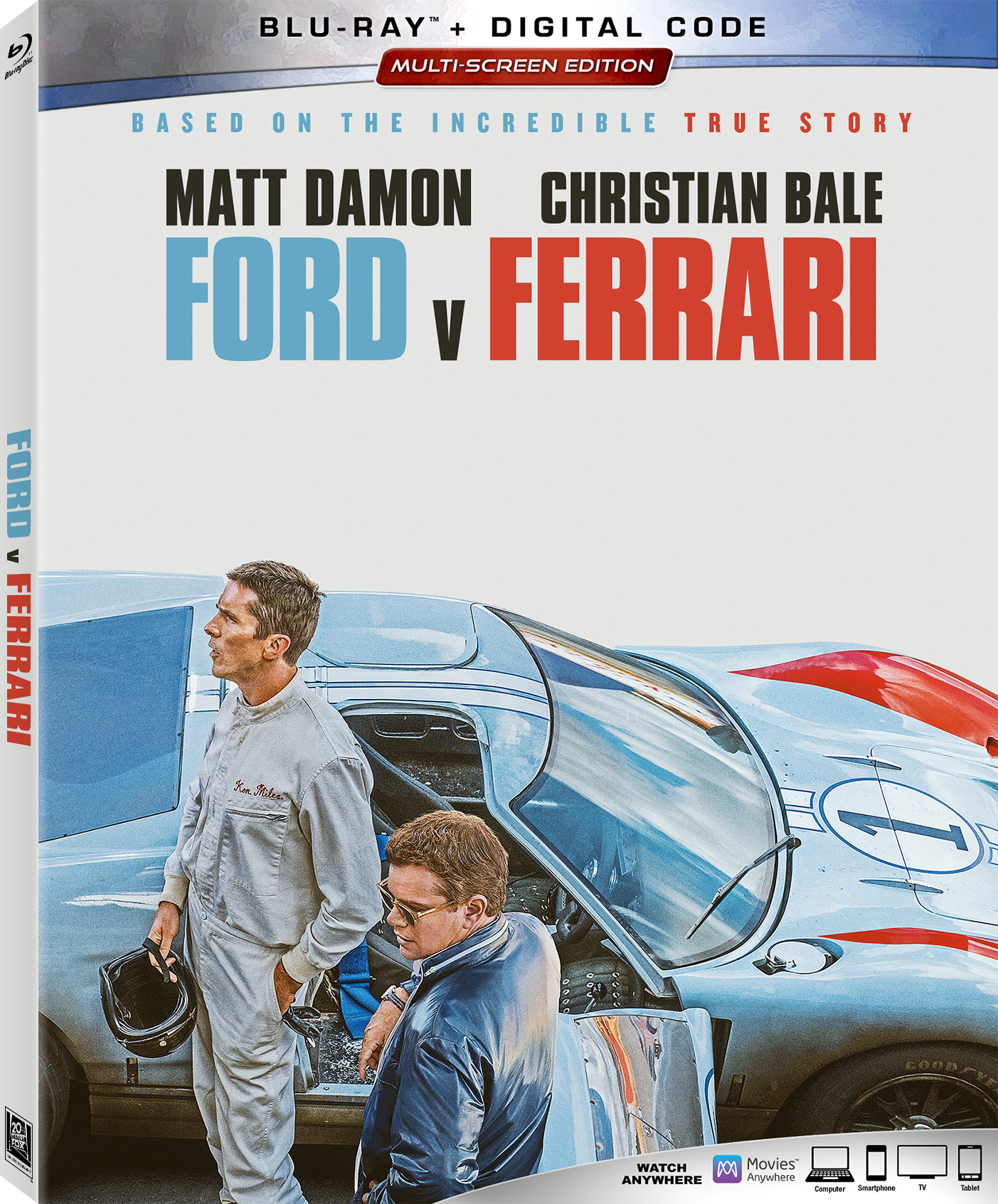 If you know our family or follow my blog, you know that we love to watch movies. One of my favorite actors is Christian Bale. He is an amazing actor! I’ve seen him in many different movies playing different roles and he does an amazing job in each one. I had no doubt that he would do an awesome job in FORD V FERRARI and he exceeded my expectations. Matt Damon did a fantastic job as well! If you love exciting movies, you must check out FORD V FERRARI, available on Digital and arriving on 4K Ultra HD™, Blu-ray™ and DVD on February 11th.

Matt Damon and Golden Globe® Nominee Christian Bale star in this “thunderously exciting” (Peter Travers, Rolling Stone) film based on the remarkable true story about Ford Motor Company’s attempt to create the world’s fastest car. American car designer Carroll Shelby (Damon) and the fearless British-born driver Ken Miles (Bale), together battled corporate interference and the laws of physics to build a revolutionary race car and take on Enzo Ferrari at the 24 Hours of Le Mans in France in 1966.

Certified-Fresh on Rotten Tomatoes™, critics and fans alike have raved about this epic underdog tale that will keep your heart pounding from start to finish. Add FORD V FERRARI to your digital collection on Movies Anywhere January 28 and buy it on 4K Ultra HD™, Blu-ray™ and DVD February 11 to add a piece of history to your film collection.

*Available on both Digital and Blu-ray™

Movies Anywhere is a digital movie platform that enables movie fans to discover, access and watch their favorite digital movies in one place. Movies Anywhere brings together a library of nearly 7,500 digital movies from Sony Pictures, Twentieth Century Fox Film, The Walt Disney Studios (including Disney, Pixar, Marvel Studios and Lucasfilm), Universal Pictures (including DreamWorks and Illumination Entertainment) and Warner Bros., and will continue to expand the consumer experience as more content providers, digital retailers and platforms are added. By connecting participating digital retailers that include Amazon Prime Video, FandangoNOW, Google Play, iTunes and Vudu, movie fans can now bring together their digital movie collections (whether purchased or redeemed) in one place and enjoy them from the comfort of their living rooms, and across multiple devices and platforms, including Amazon Fire devices; Android devices and Android TV; Apple TV; Chromecast; iPhone, iPad and iPod touch; Roku® devices and popular browsers. Movie fans can also redeem digital codes found in eligible Blu-ray™and DVD disc packages from participating studios and enjoy them through Movies Anywhere. Movies Anywhere–your movies, together at last.

Have you seen FORD V FERRARI?

One Response to “FORD V FERRARI on Blu-ray and DVD”