The Addams Family on Blu-ray and DVD + GIVEAWAY

I remember watching “The Addams Family” on television when I was a kid. It was a black and white television show that ran reruns quite often and I loved to watch it with my family! When I saw the first official movie of THE ADDAMS FAMILY, I had a sense of nostalgia swoop over me. Well guess what? Everyone’s favorite creepy and kooky family is back in the “frighteningly funny and fresh” (Rosie Knight, IGN) animated feature film, THE ADDAMS FAMILY, is now available on Digital, as well as on Blu-ray™️, DVD and On Demand from Metro Goldwyn Mayer Studios (MGM) and Universal Pictures Home Entertainment.

The very first full-length animated film about the eccentric and unconventional family, THE ADDAMS FAMILY on Blu-ray™️, DVD and Digital showcase the wonderfully weird world of the Addams family with a variety of exclusive bonus features not seen in theaters including deleted and extended scenes, an interactive charades game with Thing, behind-the-scenes footage, music lyric videos and more! Filled with wildly funny moments and a fresh take on the beloved characters created by Charles Addams, THE ADDAMS FAMILY celebrates the uniqueness of every family and delivers spooky fun all year long.

Get ready to snap your ﬁngers! The Addams Family is back in their ﬁrst animated comedy about the kookiest family on the block. Funny, outlandish, and completely iconic, THE ADDAMS FAMILY redeﬁnes what it means to be a good neighbor. 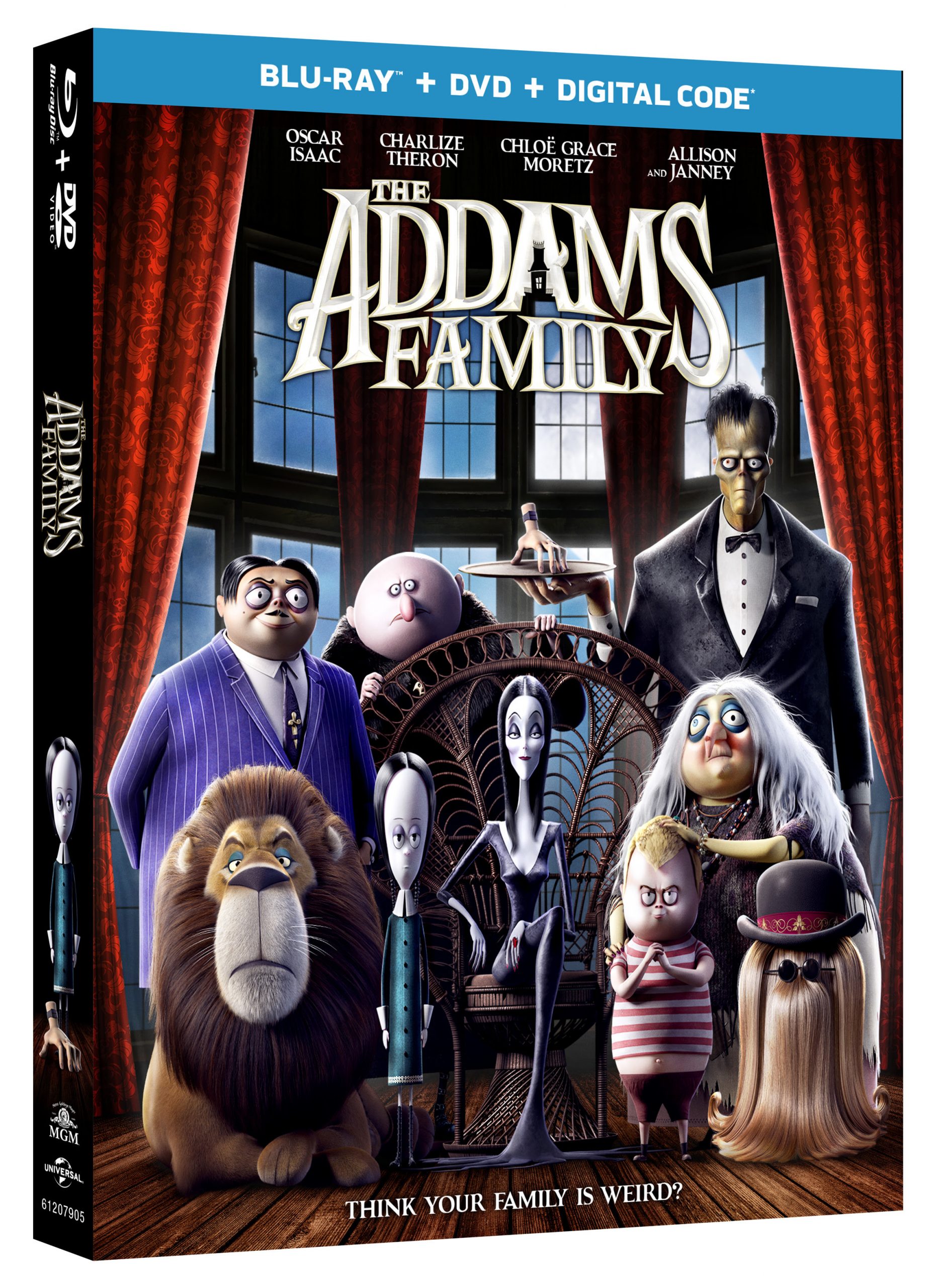 Metro Goldwyn Mayer (MGM) is a leading entertainment company focused on the production and global distribution of film and television content across all platforms. The company owns one of the world’s deepest libraries of premium film and television content as well as the premium pay television network EPIX, which is available throughout the U.S. via cable, satellite, telco and digital distributors.  In addition, MGM has investments in numerous other television channels and digital platforms. For more information, visit www.mgm.com.

1 lucky winner on Redhead Mom will receive a copy of THE ADDAMS FAMILY on Blu-ray and DVD!!

Who is your favorite character in THE ADDAMS FAMILY movie?