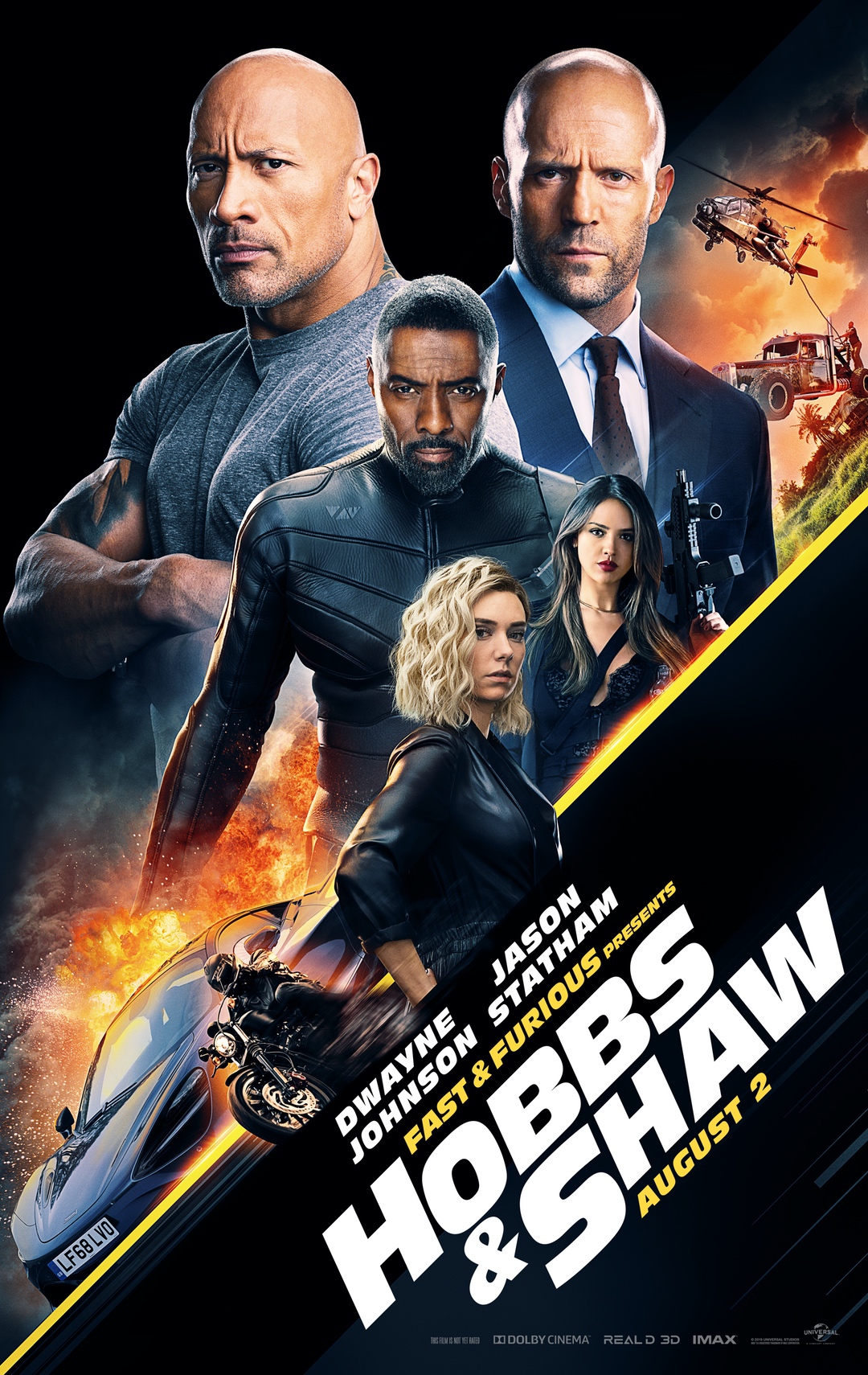 One of my favorite actors is Dwayne “The Rock” Johnson. He is an awesome actor and I honestly would be head over heels excited if I were ever to meet him in real life someday! I’ve seen him in so many movies and I just think he “rocks!” I even named one of our roosters after him – Dwayne! Ha ha! So when my husband and I went to see “Fast & Furious Presents: Hobbs & Shaw” (and then again with our kids), I couldn’t wait to see how the movie was. Honestly, it was WAY BETTER than I thought it would be based on the trailers! I really enjoyed both Dwayne Johnson and Jason Statham as they “swapped smack talk” and body blows during the movie. Not to mention Vanessa Kirby as a bad-ass addition to the “Fast & Furious” series. I also laughed a bunch with Kevin Hart’s role as an air marshal on the plane going back and forth with Dwayne and Jason. It was a funny, action-packed movie and I would see it again in a heartbeat!  You have to see it if you haven’t seen it yet! We will definitely be owning this movie when it comes out on Blu-ray!

Ever since hulking lawman Hobbs (Johnson), a loyal agent of America’s Diplomatic Security Service (DSS), and lawless outcast Shaw (Statham), a former British military elite operative, first faced off in 2015’s Furious 7, the duo has swapped smack talk and body blows as they’ve tried to take each other down.

But when cyber-genetically enhanced anarchist Brixton Lorr (IDRIS ELBA) gains control of an insidious bio-threat that could alter humanity forever—and bests Hattie (The Crown’s VANESSA KIRBY), a brilliant and fearless rogue MI6 agent who just happens to be Shaw’s sister—these two sworn enemies will have to partner up to bring down the only guy who might be badder than themselves. The film also stars CLIFF CURTIS (The Meg, AMC’s Fear the Walking Dead) as Jonah Hobbs, Luke’s brother, and Academy Award® winner HELEN MIRREN as Deckard and Hattie’s mother, Queenie Shaw.

Hobbs & Shaw blasts open a new door in the Fast universe as it hurtles action across the globe, from Los Angeles to London and from the toxic wasteland of Chernobyl to the lush beauty of Samoa.

Be sure to check out “Fast & Furious Presents: Hobbs & Shaw” in theaters now!

Have you seen “Fast & Furious Presents: Hobbs & Shaw” yet?