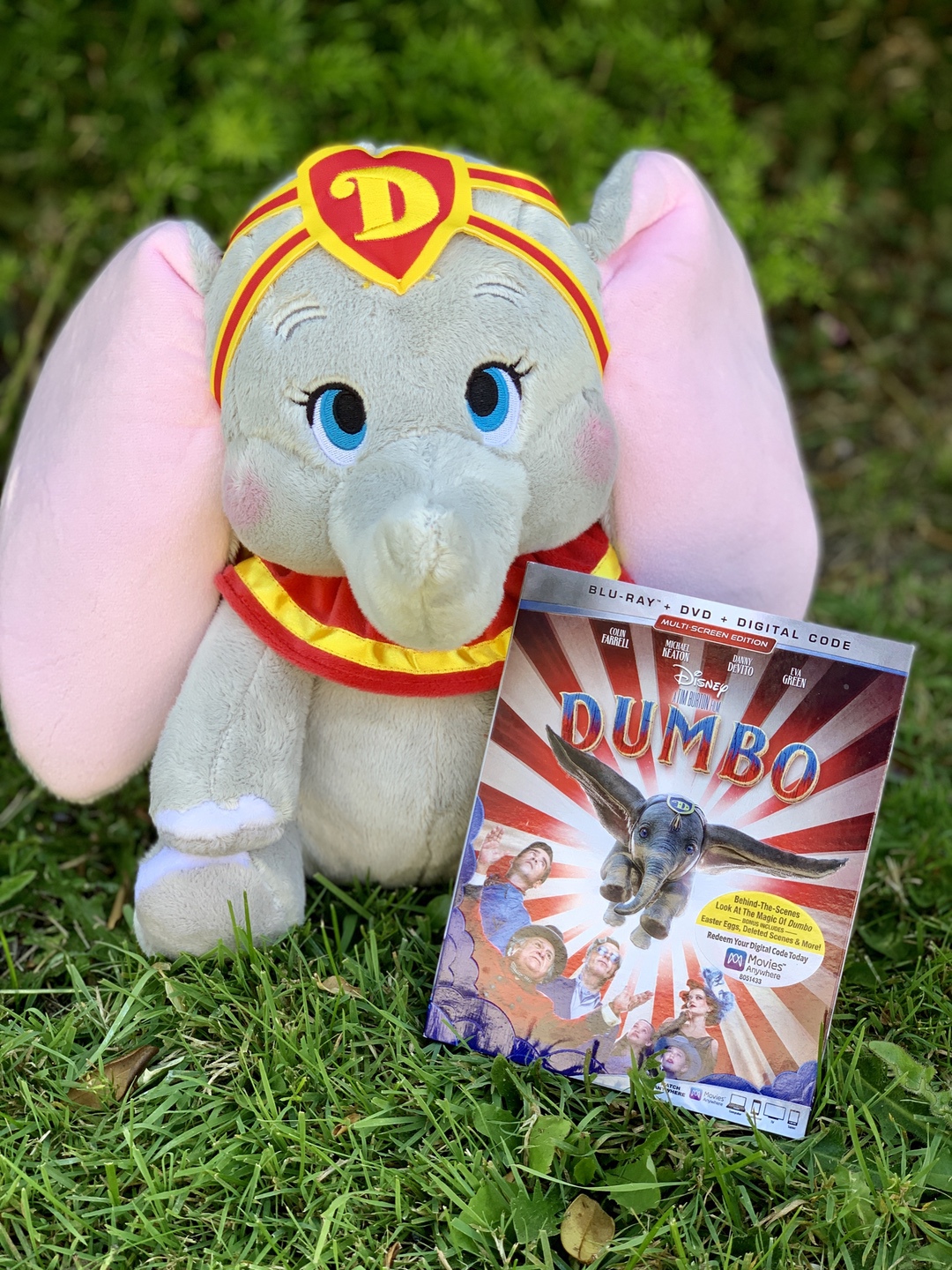 Growing up, I loved watching the movie, DUMBO. My youngest sister also loved watching it and we watched it ALL THE TIME when she was growing up. We watched it so many times that I had the words in the movie memorized! So when I learned that DUMBO was coming to a live-action format, I was super excited to watch it with our family. Thanks to Walt Disney Studios, we received the movie and a fun Backyard Circus Package to celebrate the movie release. 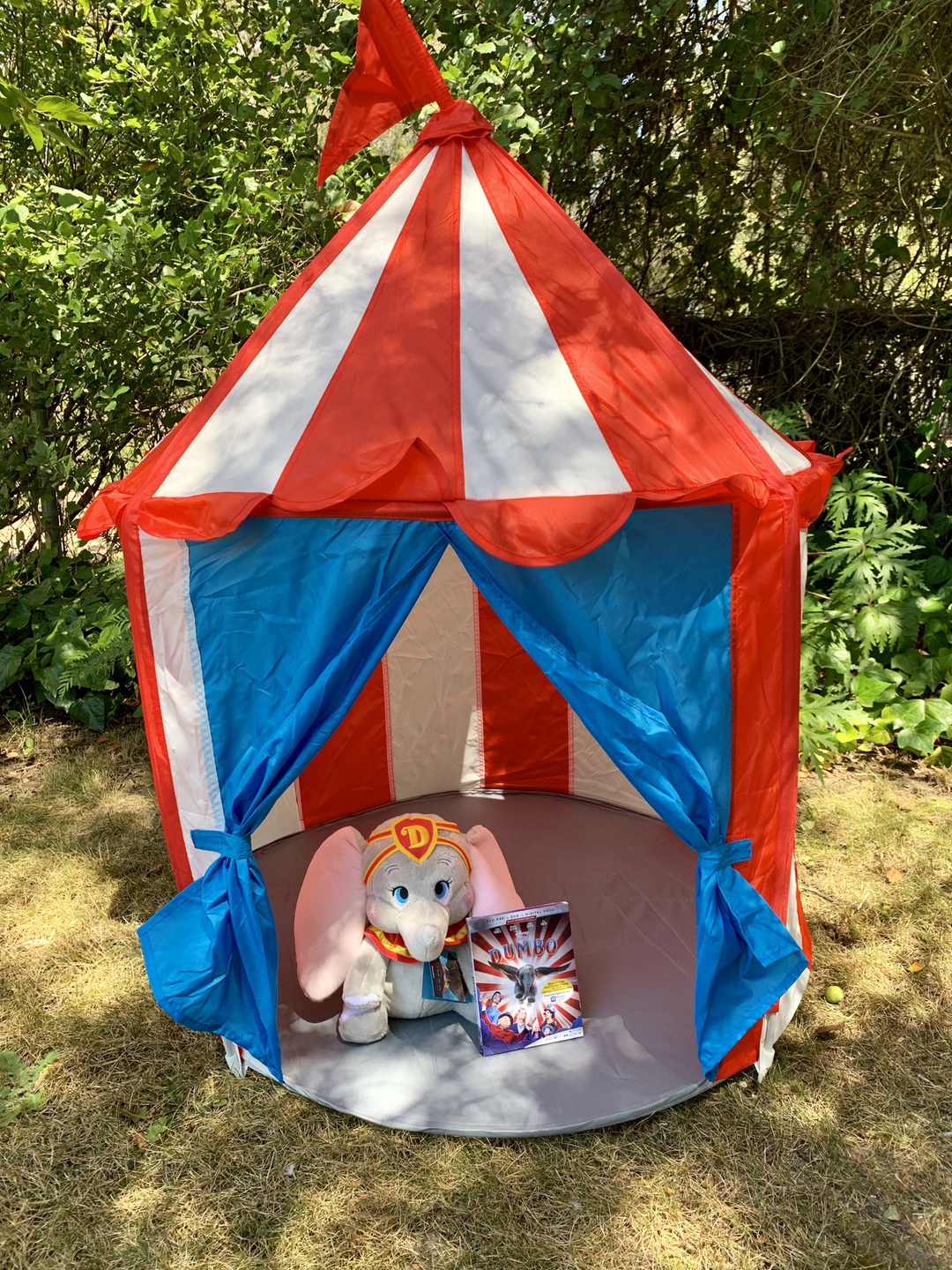 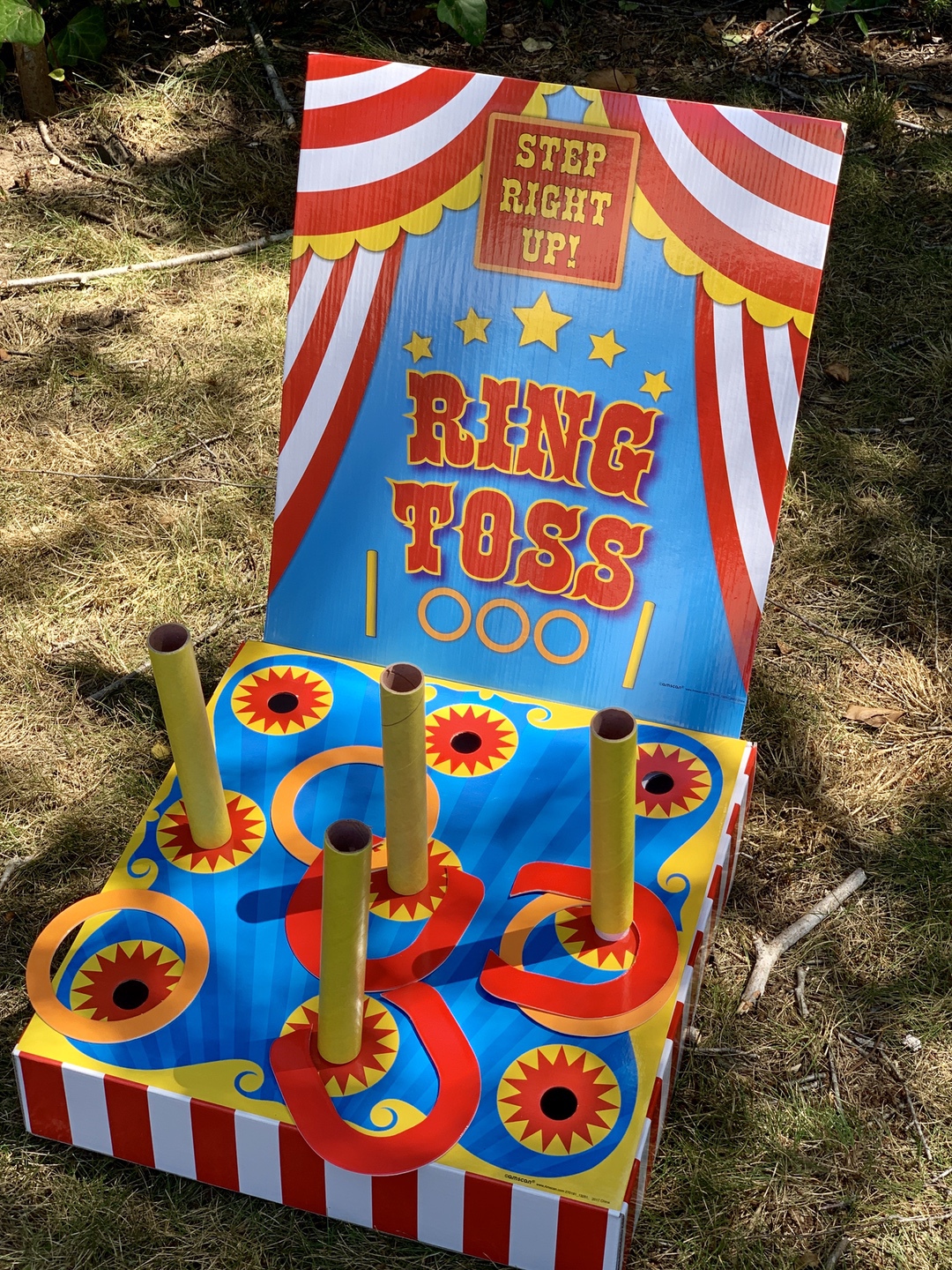 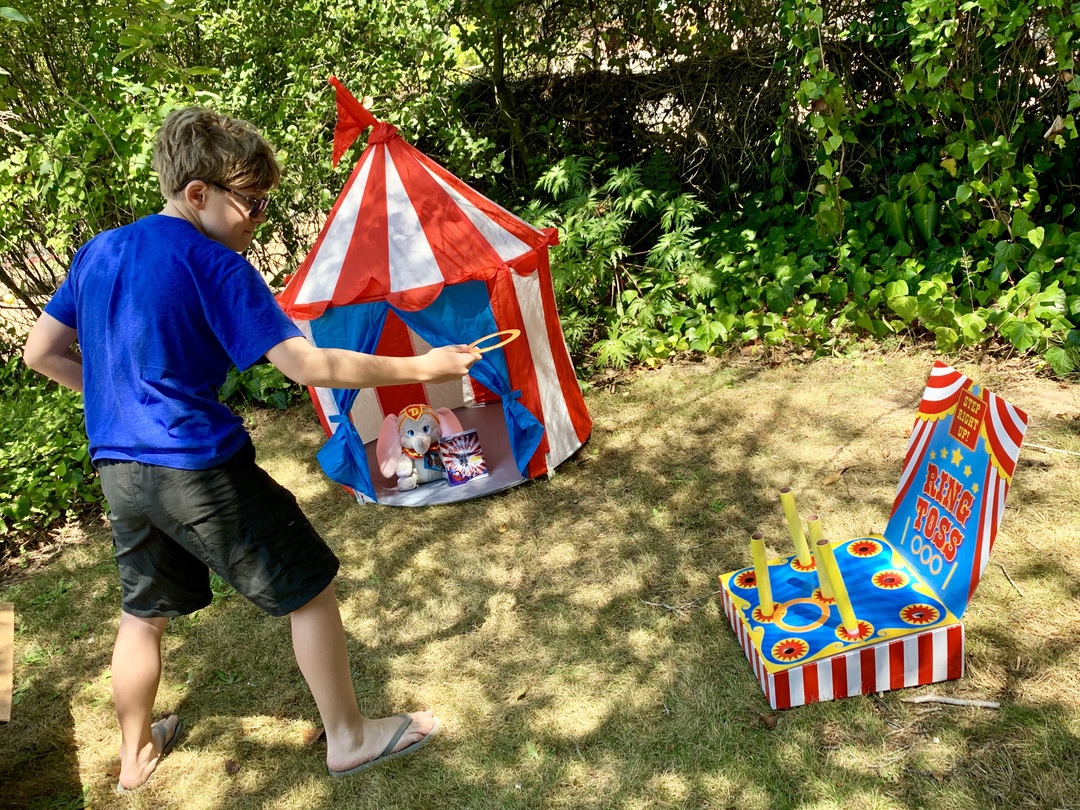 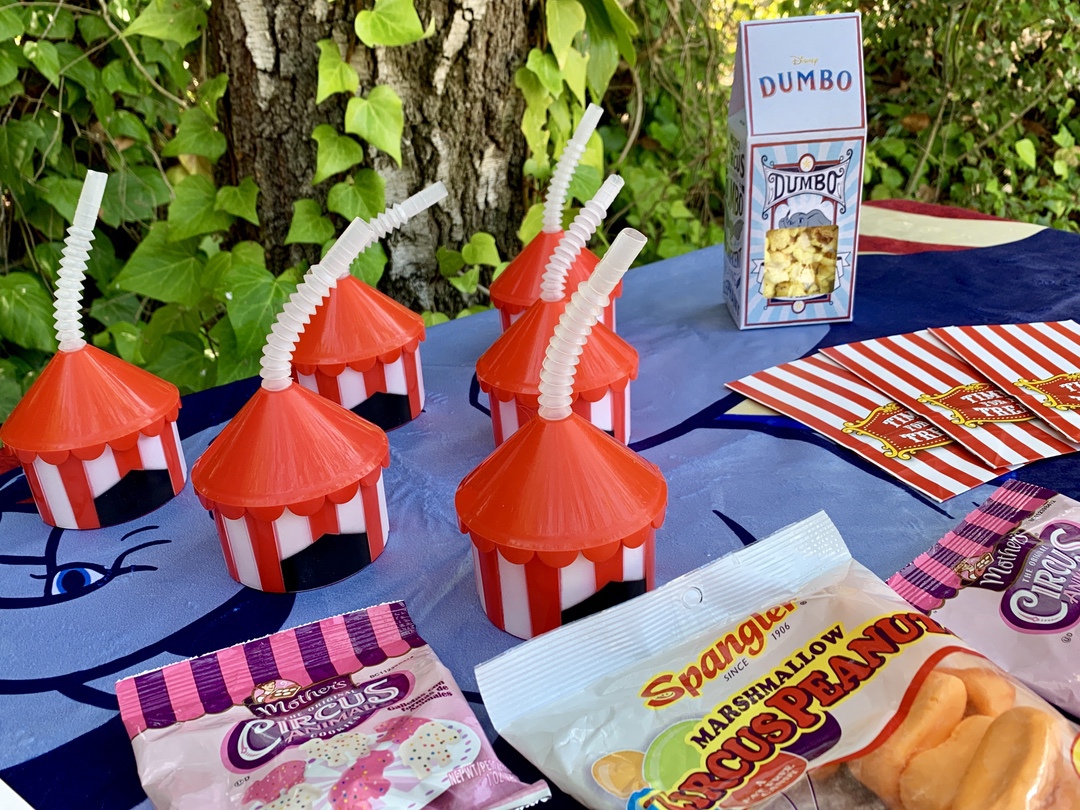 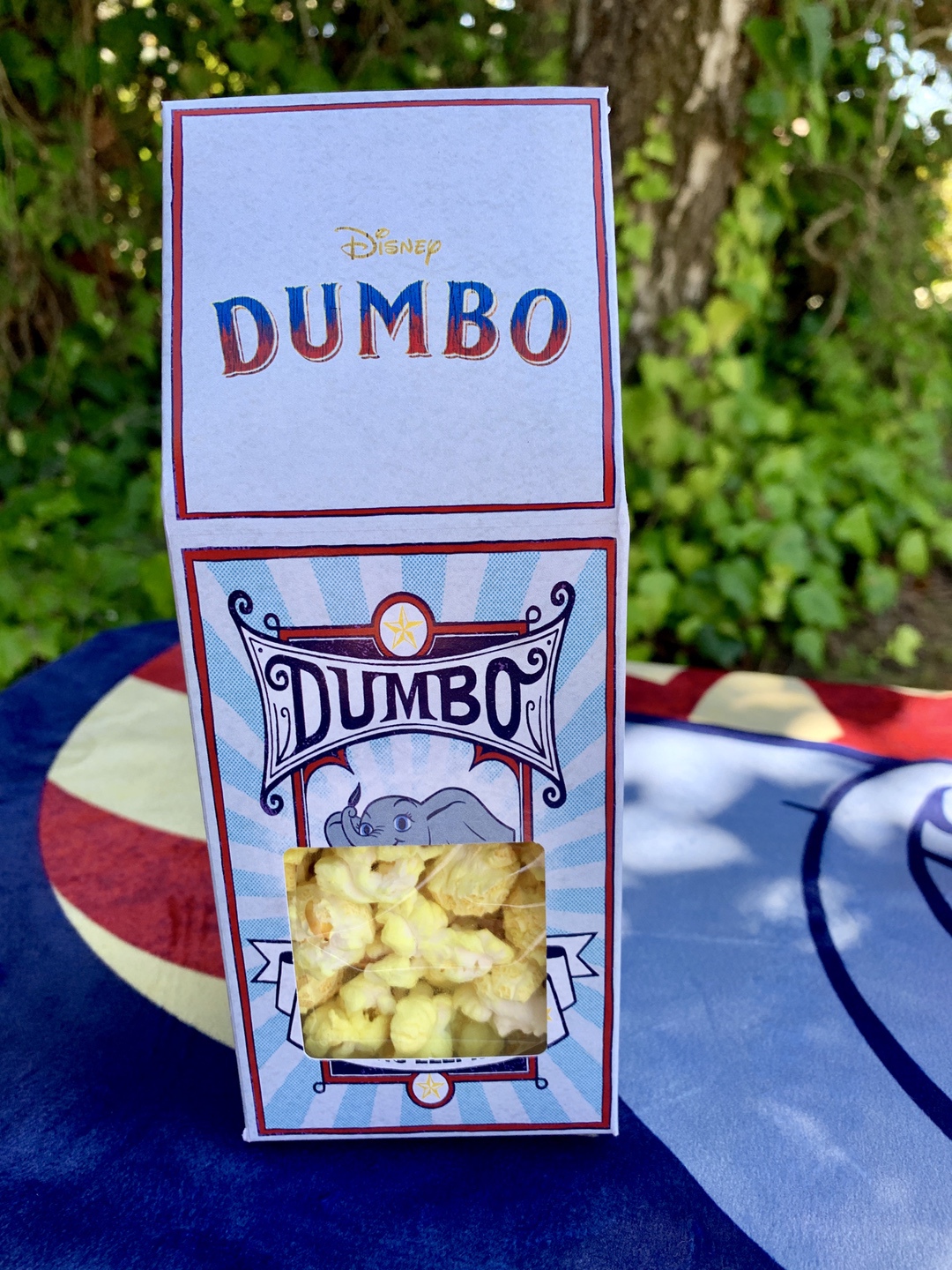 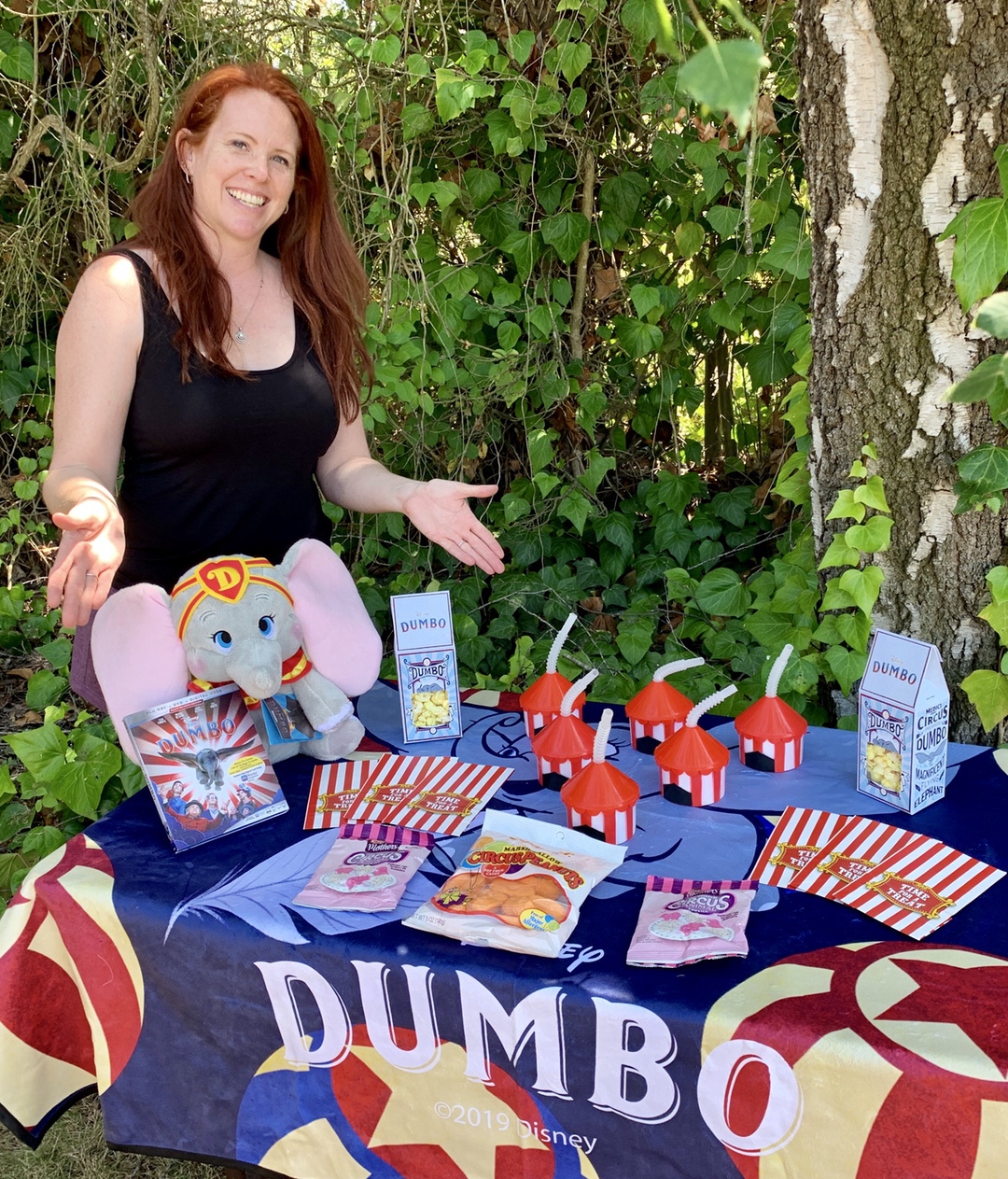 DUMBO, the grand live-action adventure from Disney and visionary director Tim Burton, which expanded on the beloved animated classic and sent spirits soaring, prepared for a landing on June 25. Fall in love again with this heartfelt story when it swoops into homes on Digital in HD and 4K Ultra HD and Movies Anywhere, and physically on 4K Ultra HD, Blu-ray and DVD – with never-before-seen bonus features, deleted scenes, bloopers and more! 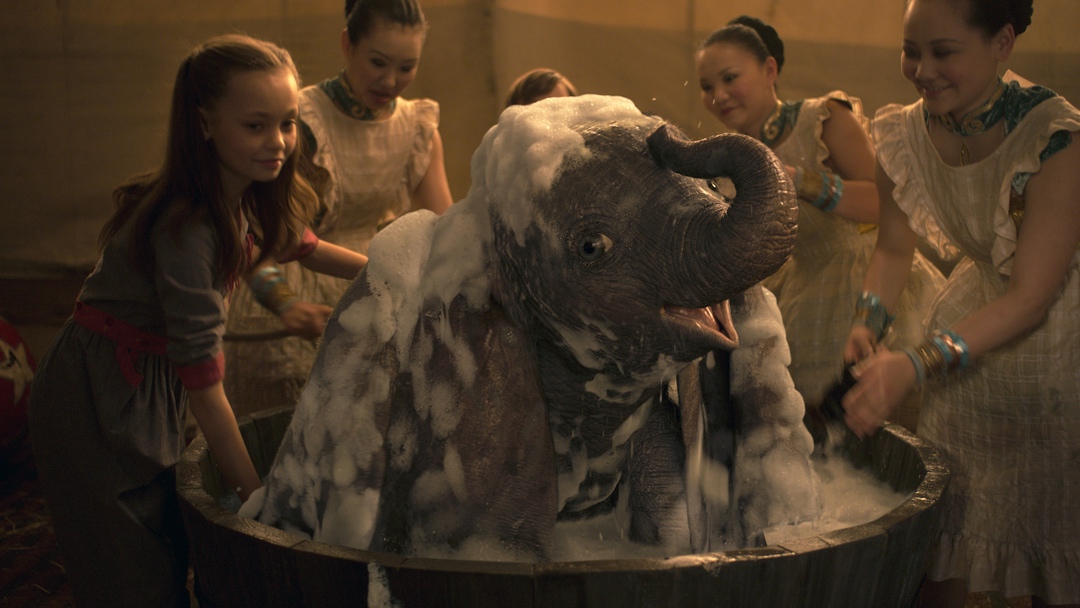 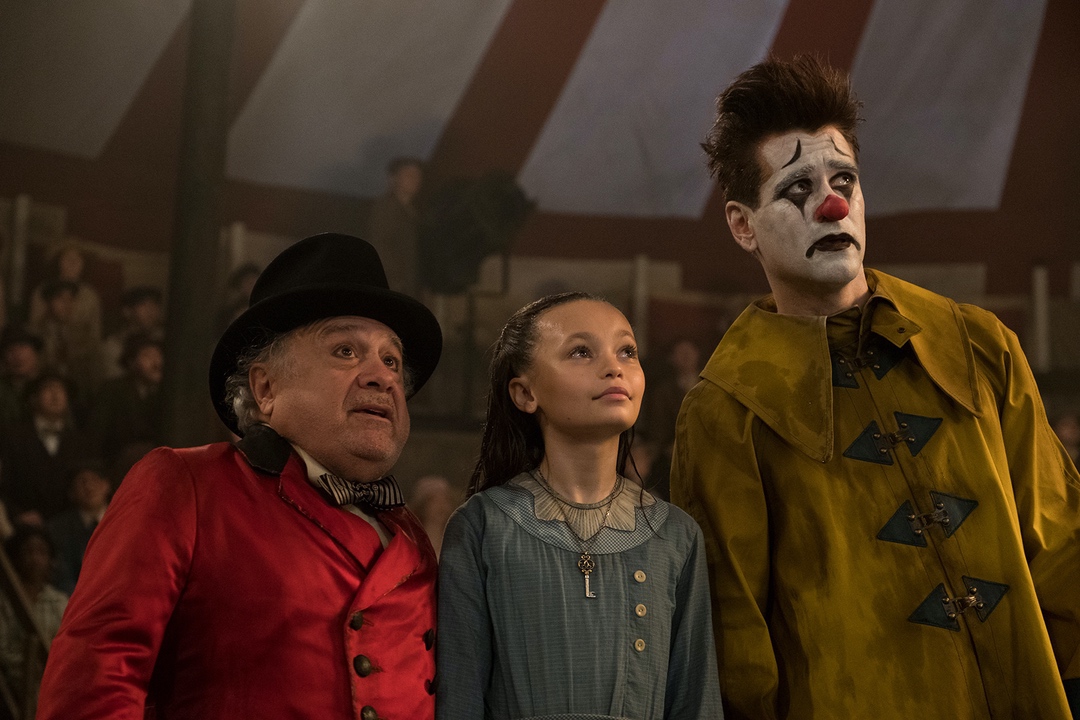 In “Dumbo,” struggling circus owner Max Medici enlists former star Holt Farrier and his children to care for a newborn elephant whose oversized ears make him a laughingstock. But when they discover that Dumbocan fly, the circus makes an incredible comeback, attracting persuasive but sinister entrepreneur V.A.Vandevere, who recruits the peculiar pachyderm for his newest, spectacular, larger-than-life entertainment venture, Dreamland. 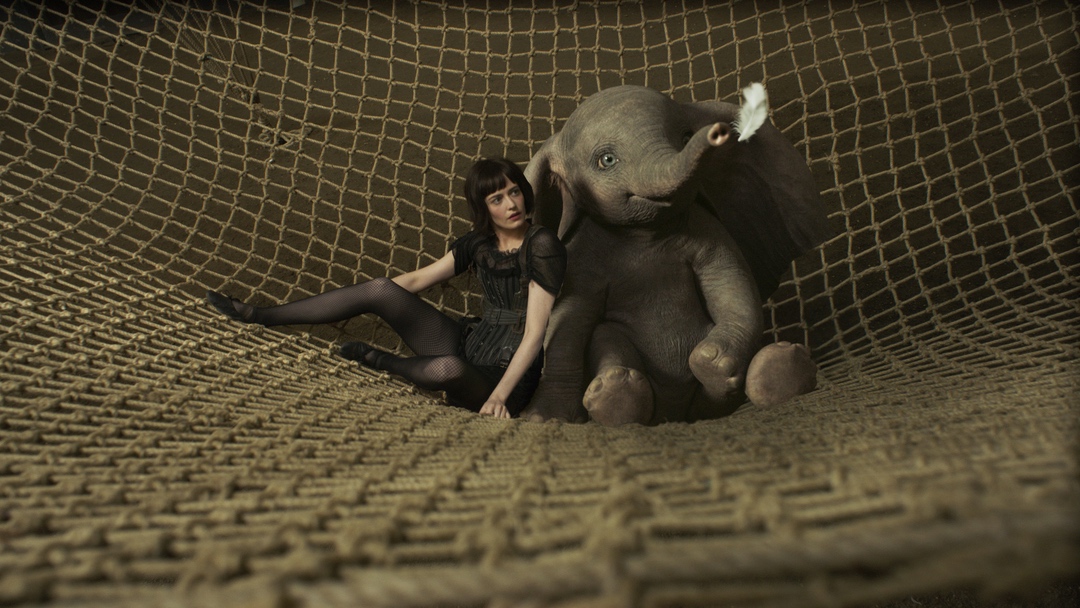 “Dumbo” was released in several different formats, giving families the flexibility to watch it on a variety of devices. Viewers can watch the film in Digital 4K UHD, HD and SD, and bring home a physical copy of the film as the 4K Ultra HD Edition (4K UHD, Blu-ray and Digital Code), Multi-Screen Edition (Blu-ray, DVD and Digital Code) and a single DVD. 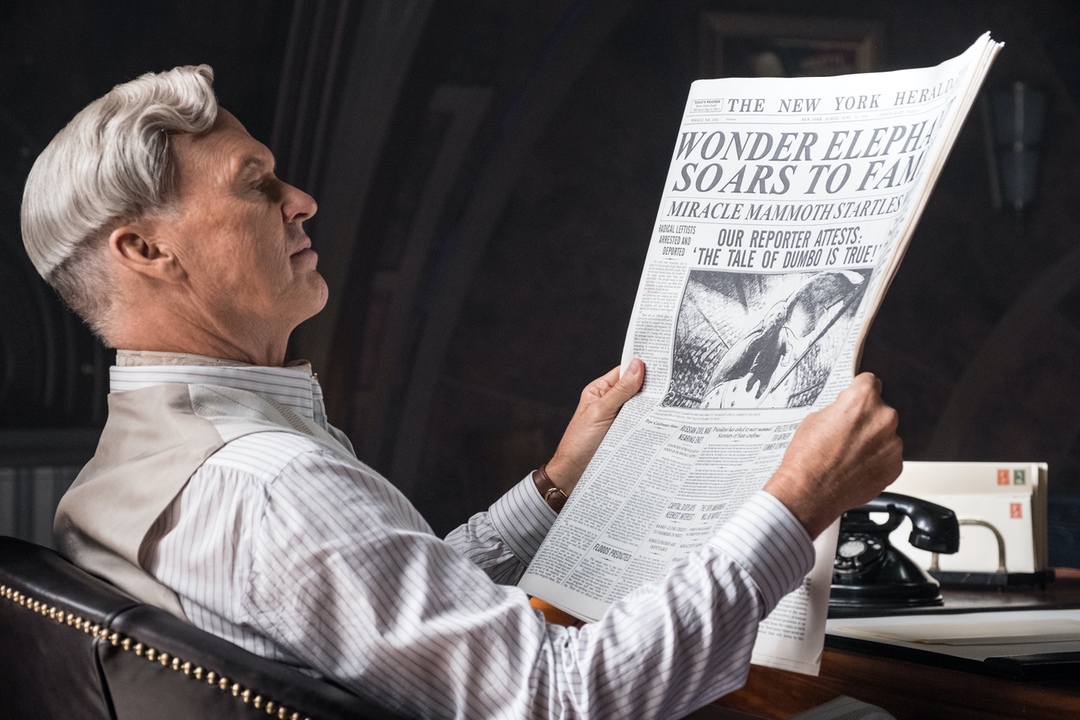 CIRCUS SPECTACULARS: Dumbo’s cast share their experience of making the film—and get to the heart of a story about family and believing in yourself.

THE ELEPHANT IN THE ROOM: Explore how one of Disney’s most lovable characters went from an animated classic to a stunning live-action retelling.

BUILT TO AMAZE: Get a closer look at the film’s production and costume design.

DELETED SCENES: A compelling collection of scenes that almost made the final film.

EASTER EGGS ON PARADE: Discover the hidden and not-so-hidden nods to the animated Dumbo in this narrated tribute to the Disney classic.

CLOWNING AROUND: Laugh along with the cast in a collection of big-top bloopers and goofs from the set. 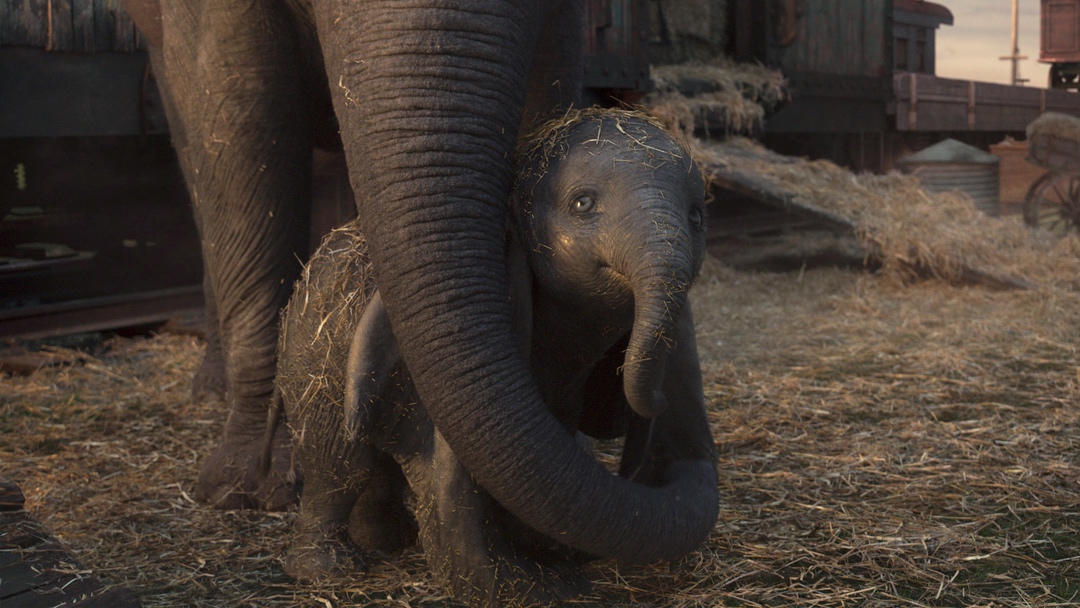 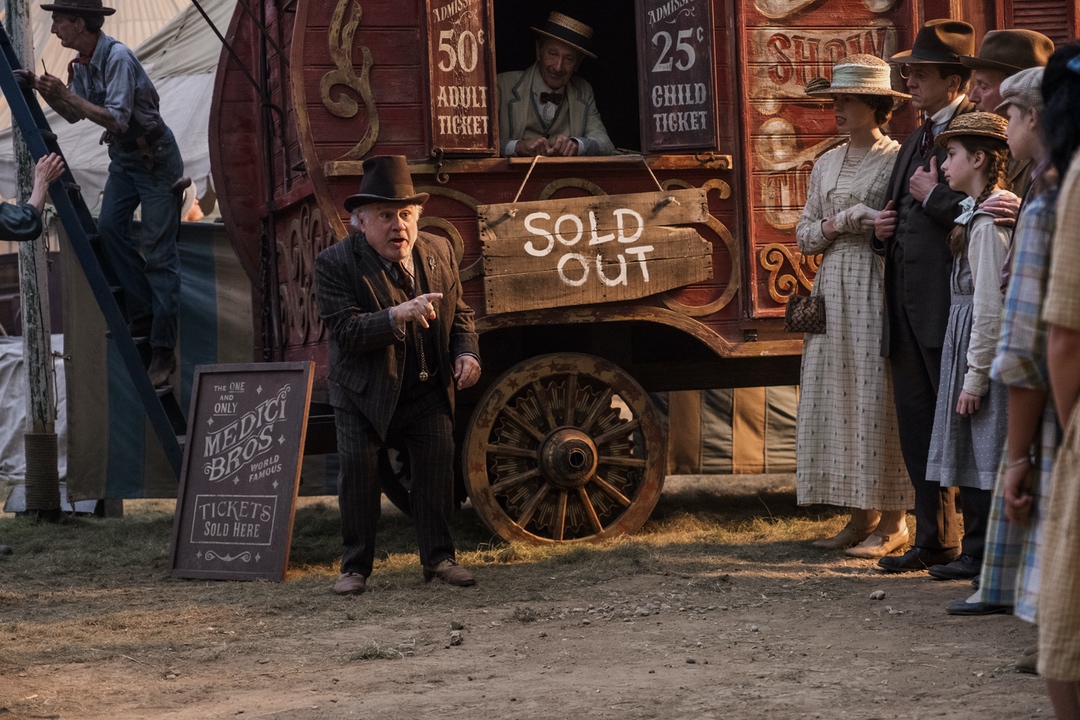 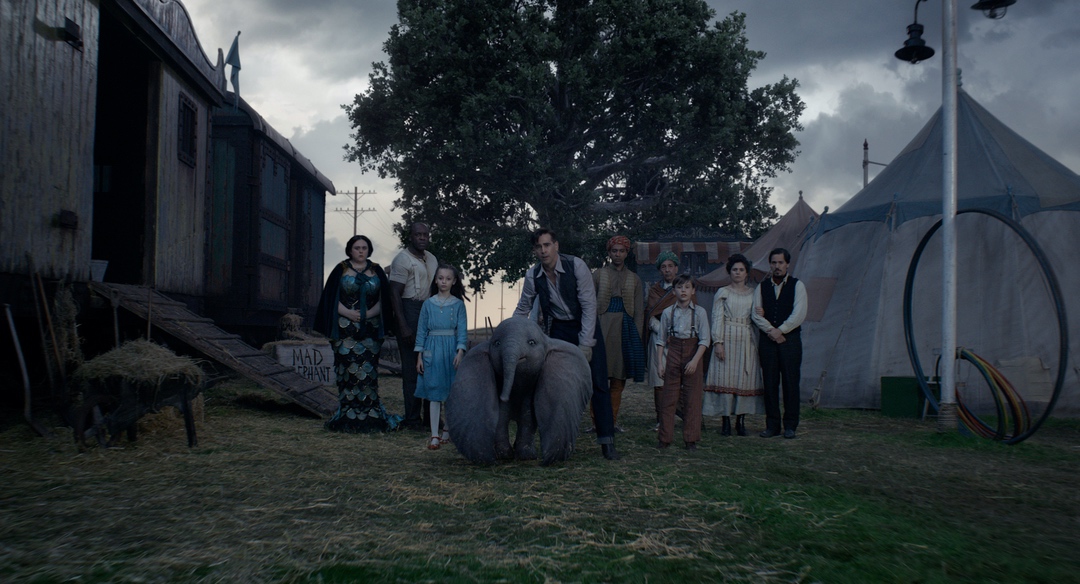 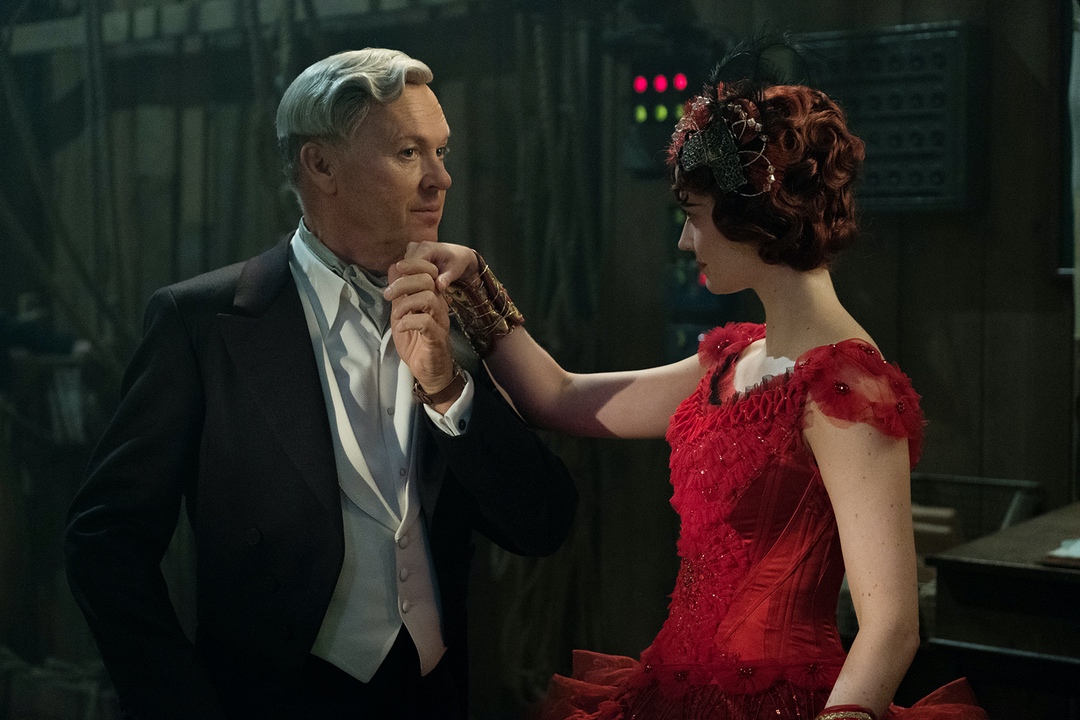 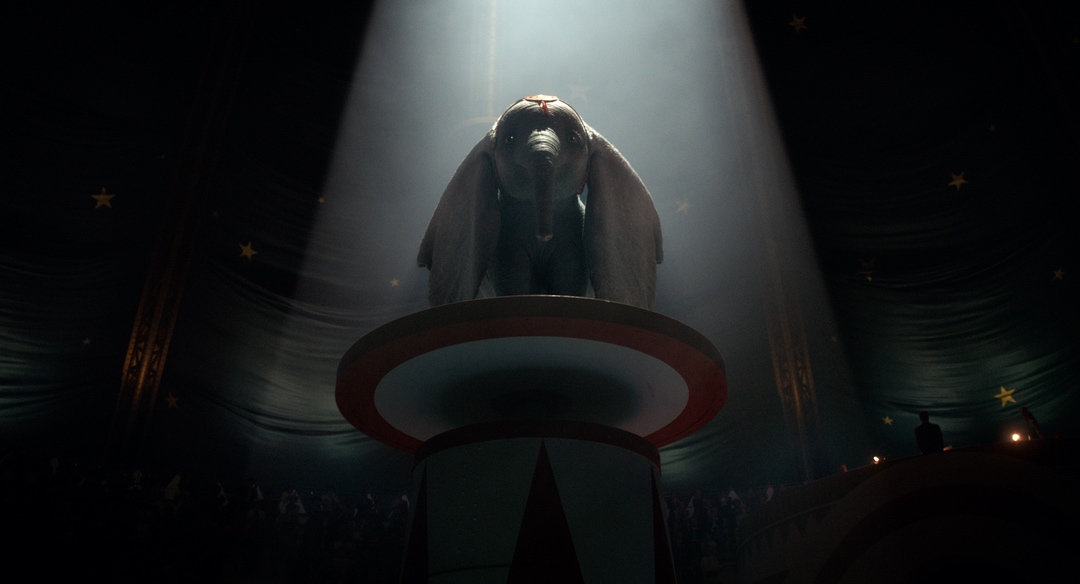 ABOUT THE WALT DISNEY STUDIOS:
For over 90 years, The Walt Disney Studios has been the foundation on which The Walt Disney Company was built. Today, the Studio brings quality movies, music and stage plays to consumers throughout the world. Feature films are released under the following banners: Disney, including Walt Disney Animation Studios and Pixar Animation Studios; Disneynature; Marvel Studios; and Lucasfilm. The Disney Music Group encompasses the Walt DisneyRecords and Hollywood Records labels, as well as Disney Music Publishing. The Disney Theatrical Group produces and licenses live events, including Disney on Broadway, Disney On Ice and Disney Live!. 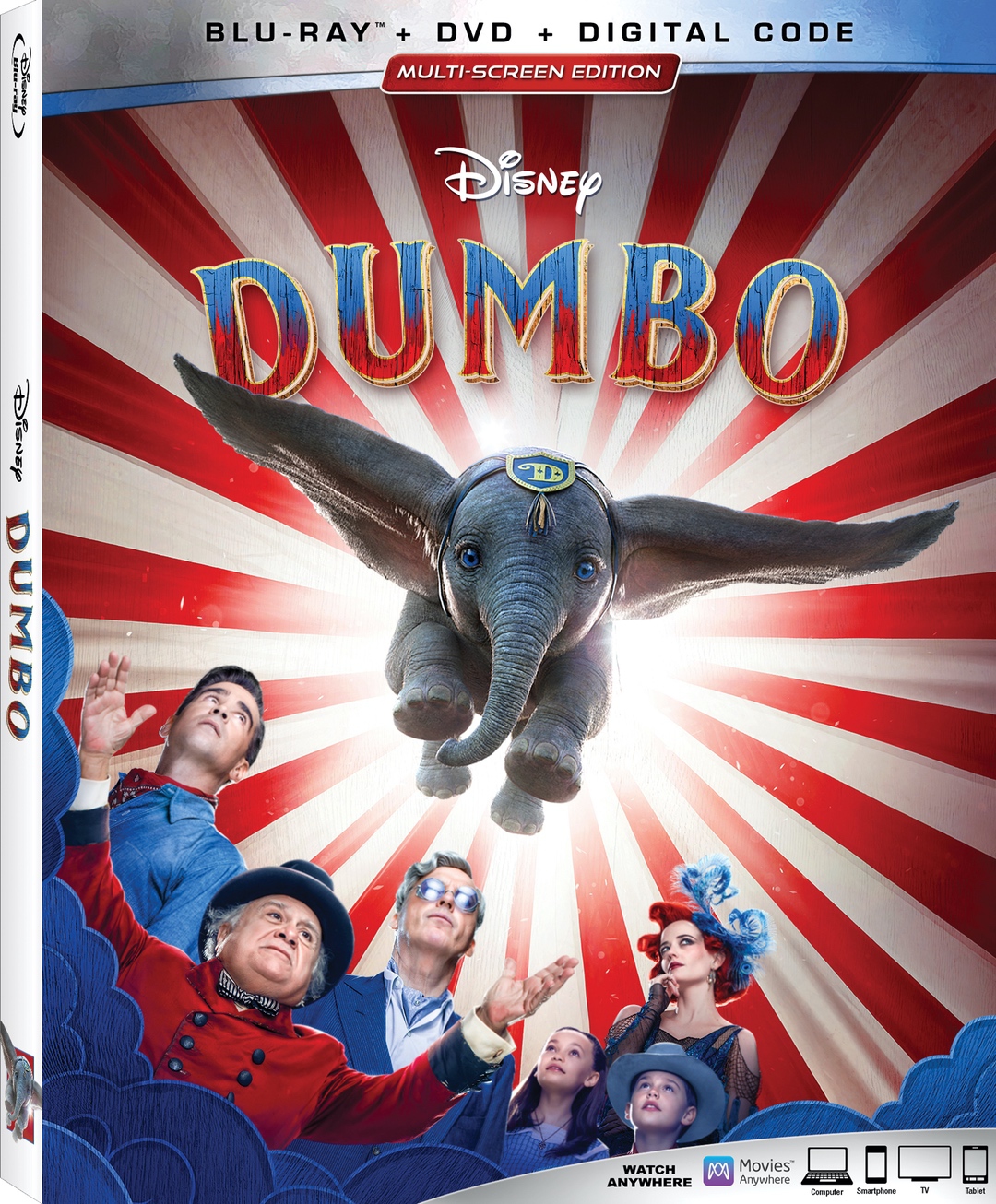 2 lucky winners will receive DUMBO on Blu-ray and DVD!!!

Who in your family would like to watch DUMBO?