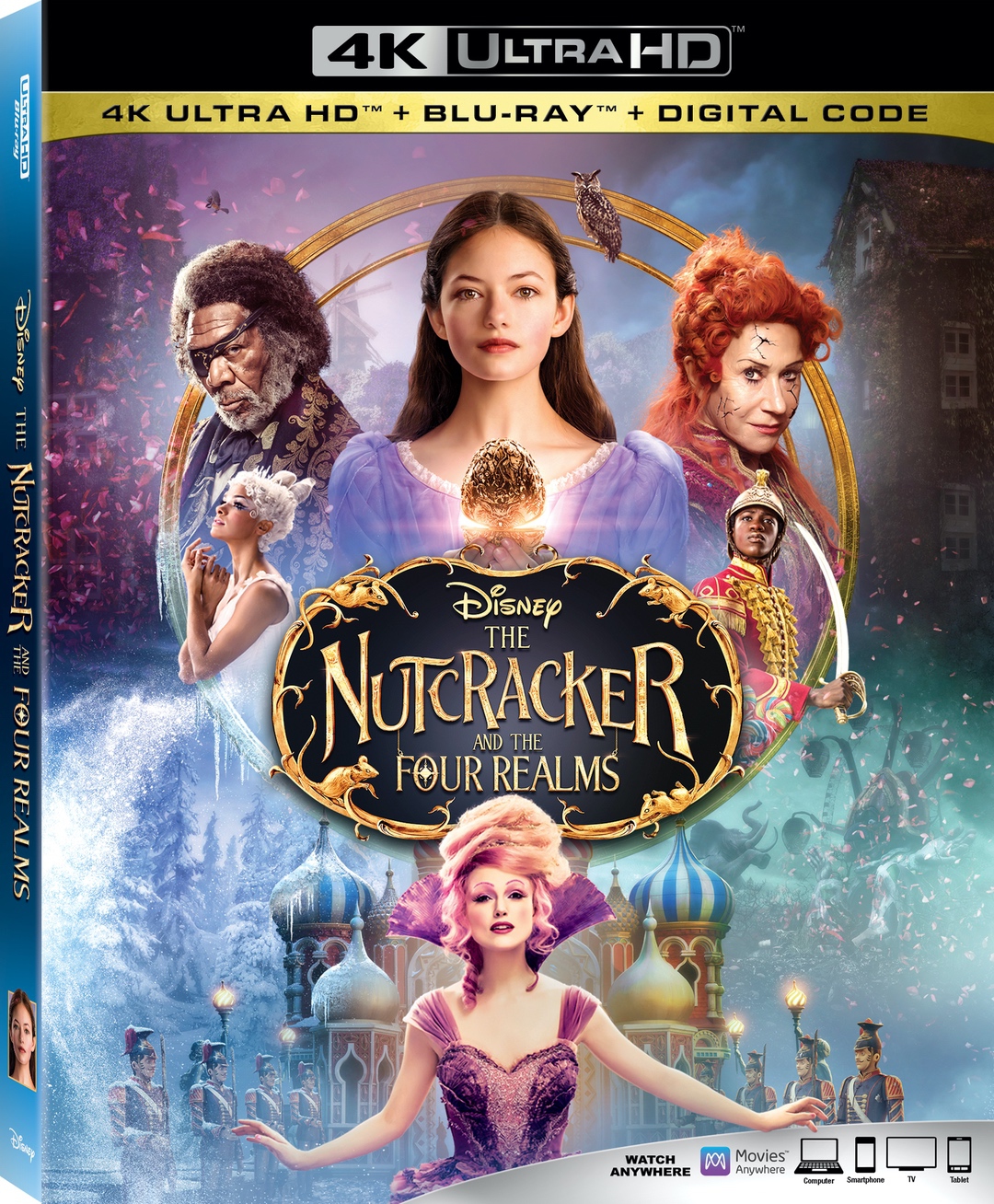 I always loved The Nutcracker Ballet and was really excited when I saw that Disney was releasing The Nutcracker and the Four Realms on Blu-ray and DVD!! The movie was released on January 29, 2019 on Digital, Movies Anywhere, 4K Ultra HD, Blu-ray™ and DVD. Relieve the magic of this classic tale instantly through bonus features and never-before-seen extras such as a behind-the-scenes look at how the four realms were created to such dazzling effect. Experience the Disney magic and adventure in what is destined to become an annual viewing tradition for adventurers of all ages. 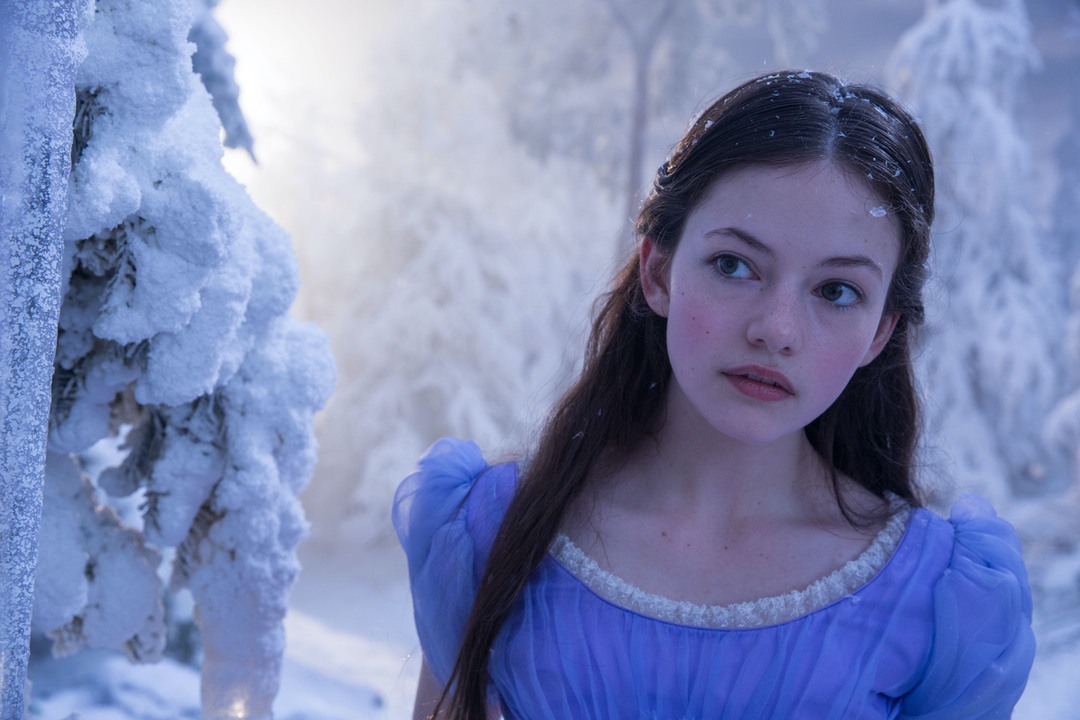 “Misty Copeland‘s performance as the Princess Ballerina will give you chills.” – Desiree Murphy, ET Online 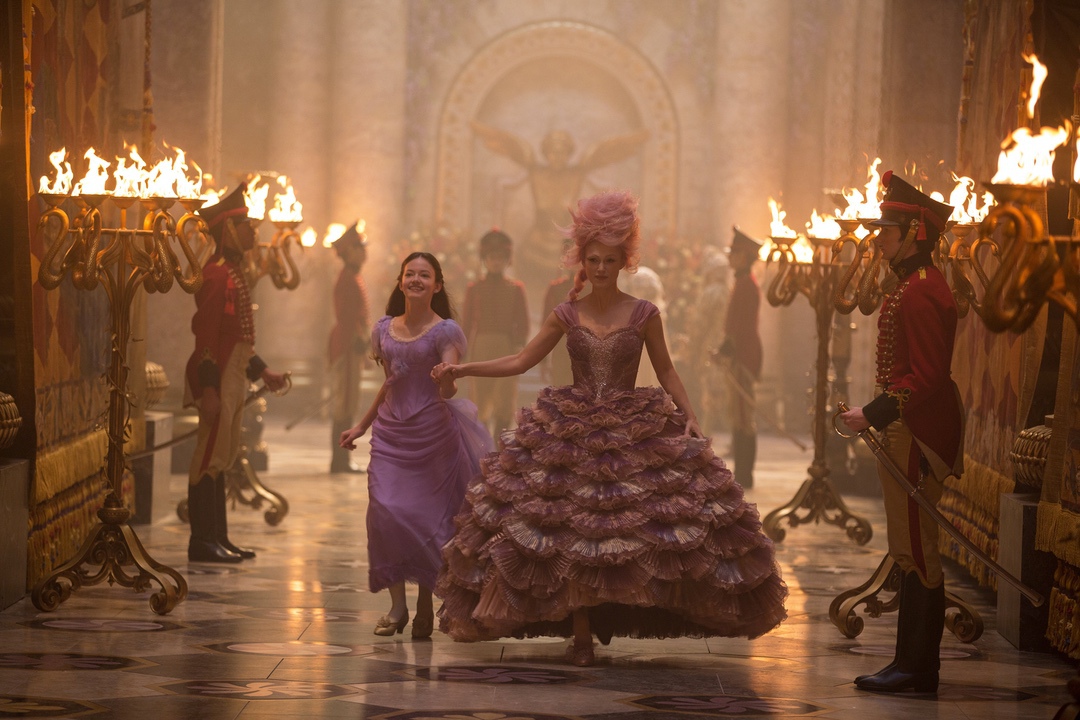 Disney’s dazzling adventure “The Nutcracker and the Four Realms”- inspired by E.T.A. Hoffmann’s classic tale and the beloved ballet “The Nutcracker“- carried audiences along with 14-year-old Clara (Mackenzie Foy) to a magical, mysterious world with breathtaking performances by Misty Copeland plus sweets, snowflakes, soldiers, scurrying mice… and no shortage of surprises. Destined to become an annual viewing tradition for adventurers of all ages, the film arrives home instantly with never-before seen extras and deleted scenes on Digital and Movies Anywhere, and on 4K Ultra HD, Blu-ray™ and DVD Jan. 29, 2019. 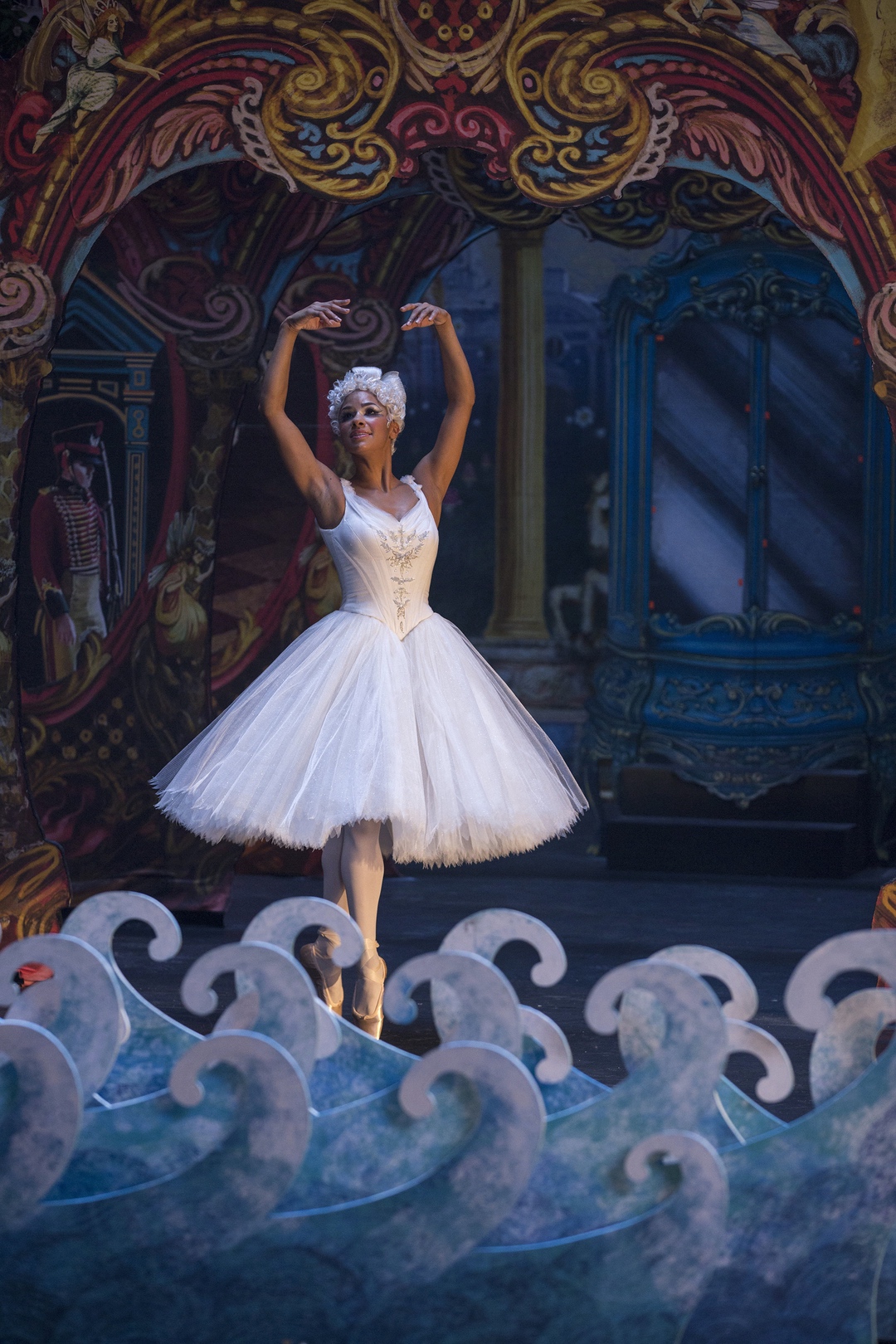 Bonus features include a discussion with American Ballet Theatre’s Misty Copeland about her role as the enchanting Ballerina Princess, her personal history with “The “Nutcracker” ballet, and her inspirational and historic rise within the world of dance. Extras take viewers on the set of “The Nutcracker and the Four Realms” to meet both new and reimagined characters, and discover how the Land of Sweets, Land of Snowflakes, Land of Flowers and mysterious Fourth Realm were created to such dazzling effect. Deleted scenes provide a look at magical moments that didn’t make the final version of the movie. 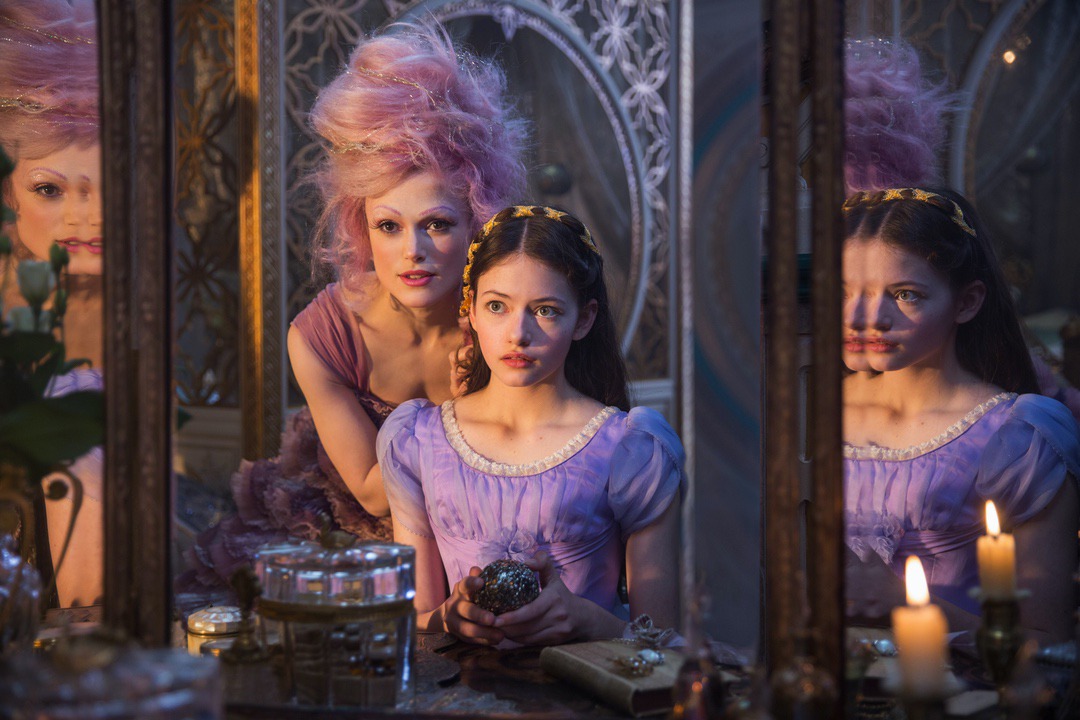 In “The Nutcracker and the Four Realms,” Clara travels along a golden thread, presented at Drosselmeyer’s (Morgan Freeman) annual party, eagerly searching for a one-of-a-kind key that will unlock a music box that holds a priceless gift. When she enters a mysterious parallel world, Clara encounters a Nutcracker soldier named Phillip (Jayden Fowora-Knight), a gang of mice and three Realm regents, including the Sugar Plum Fairy (Keira Knightley). Ultimately, she must brave the ominous Fourth Realm, home to the tyrant Mother Ginger (Helen Mirren), to retrieve the key and return harmony to the unstable world. 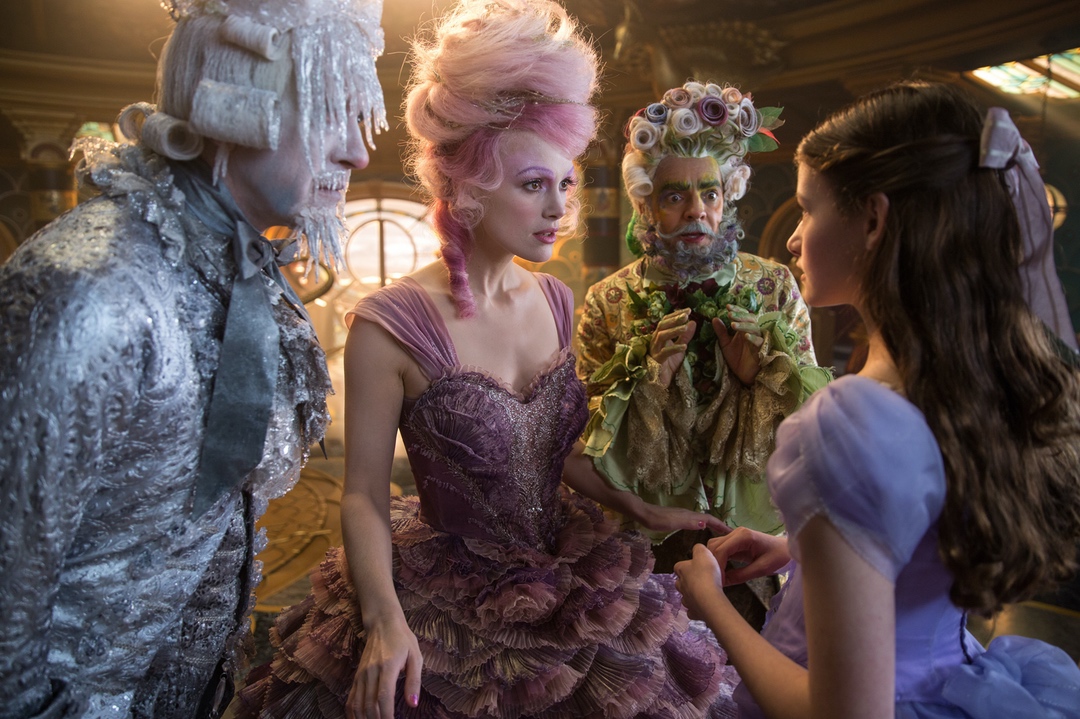 The stunning feature film will be packaged and released in several different formats, giving families the flexibility to watch it on a variety of different devices. Viewers can instantly watch the film in Digital UHD, HD and SD, and bring home a physical copy of the film as the Ultimate Collector’s Edition (4K UHD, Blu-ray and Digital Code), Multi-Screen Edition (Blu-ray, DVD and Digital Code) or a single DVD. 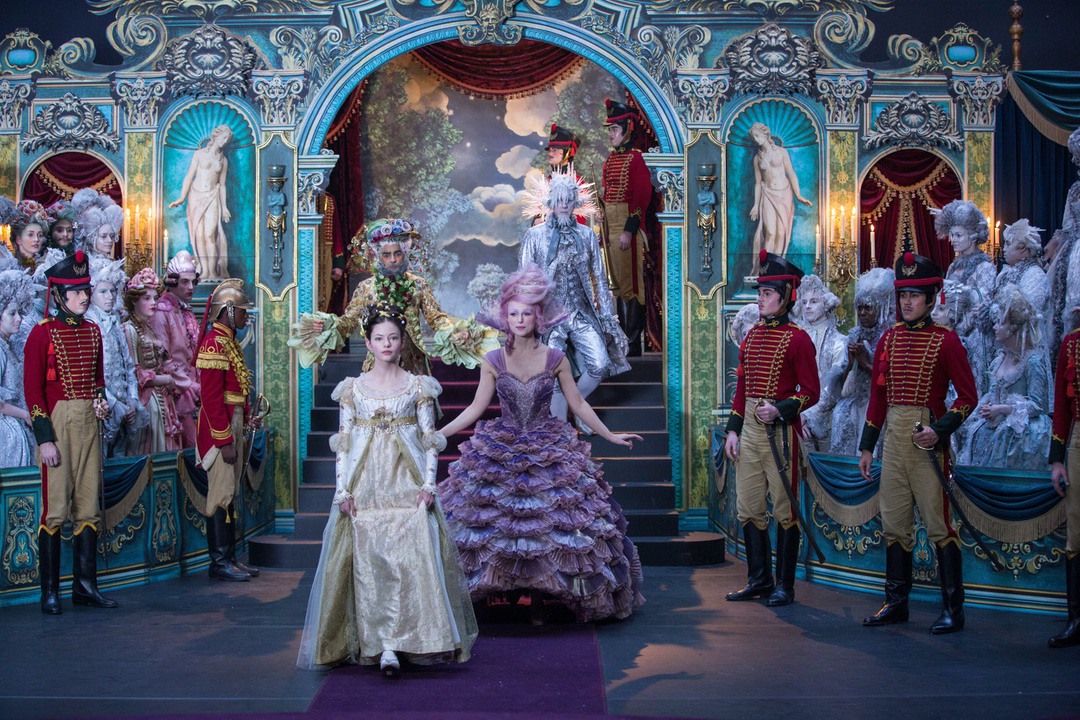 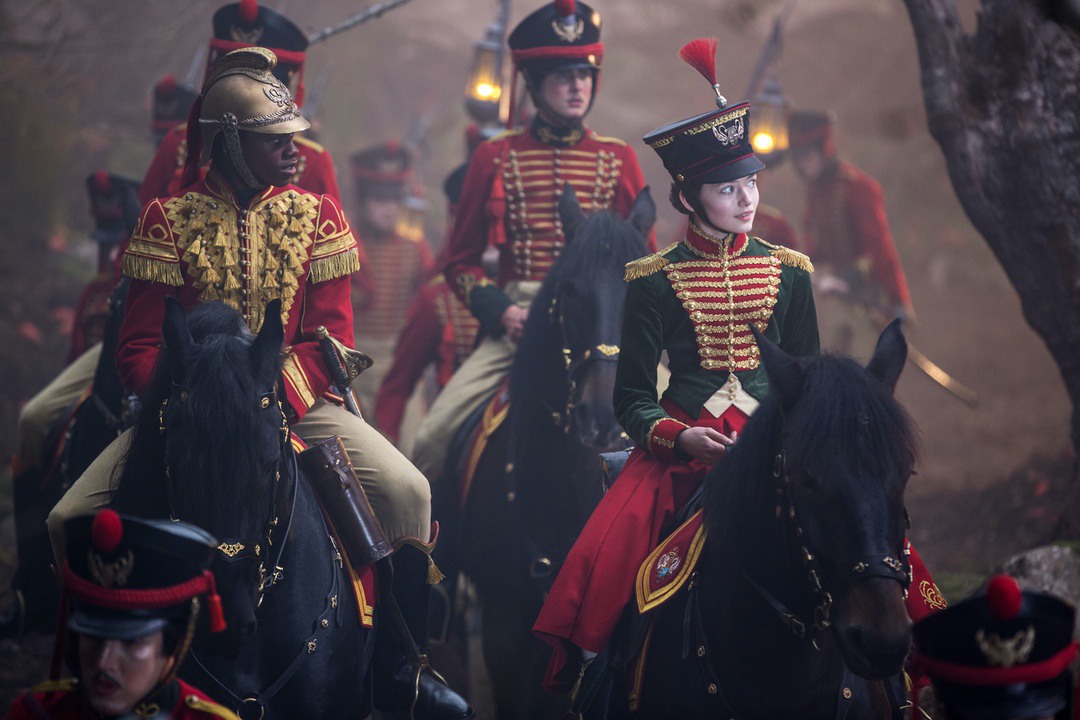 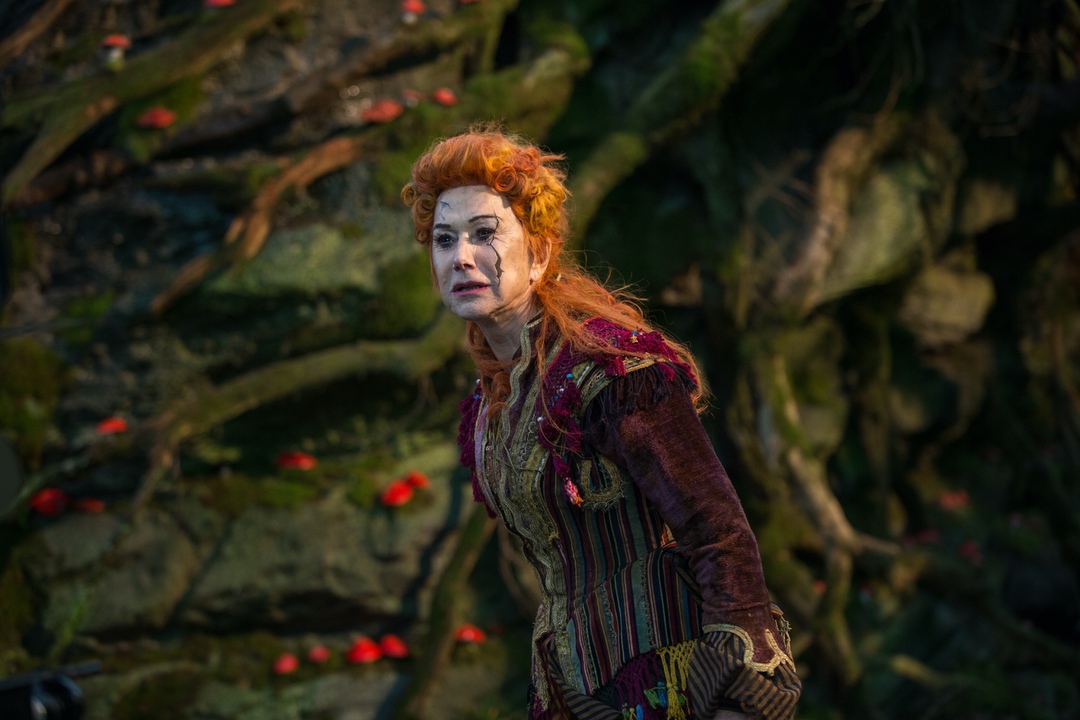 ABOUT “THE NUTCRACKER AND THE FOUR REALMS” CAST AND CREW:

Filmed in England at Pinewood Studios and various locations in and around London, “The Nutcracker and the Four Realms” is directed by Lasse Hallström and Joe Johnston. Suggested by the short story “The Nutcracker and the Mouse King” written by E.T.A. Hoffmann, and “The “Nutcracker” ballet written by Marius Petipa, the screen story and screenplay are by Ashleigh Powell. The film is produced by Mark Gordon and Larry Franco, and executive produced by Sara Smith and Lindy Goldstein. Linus Sandgren, F.S.F., is the director of photography, Guy Hendrix Dyas serves as production designer and Stuart Levy, ACE, is the film editor. Jenny Beavan and Jenny Shircore are the costume designer and makeup and hair designer, respectively. Max Wood and Marc Weigert are the visual effects supervisor and visual effects producer, respectively. Music is by James Howard with a score conducted by Gustavo Dudamel, featuring piano soloist Lang Lang. 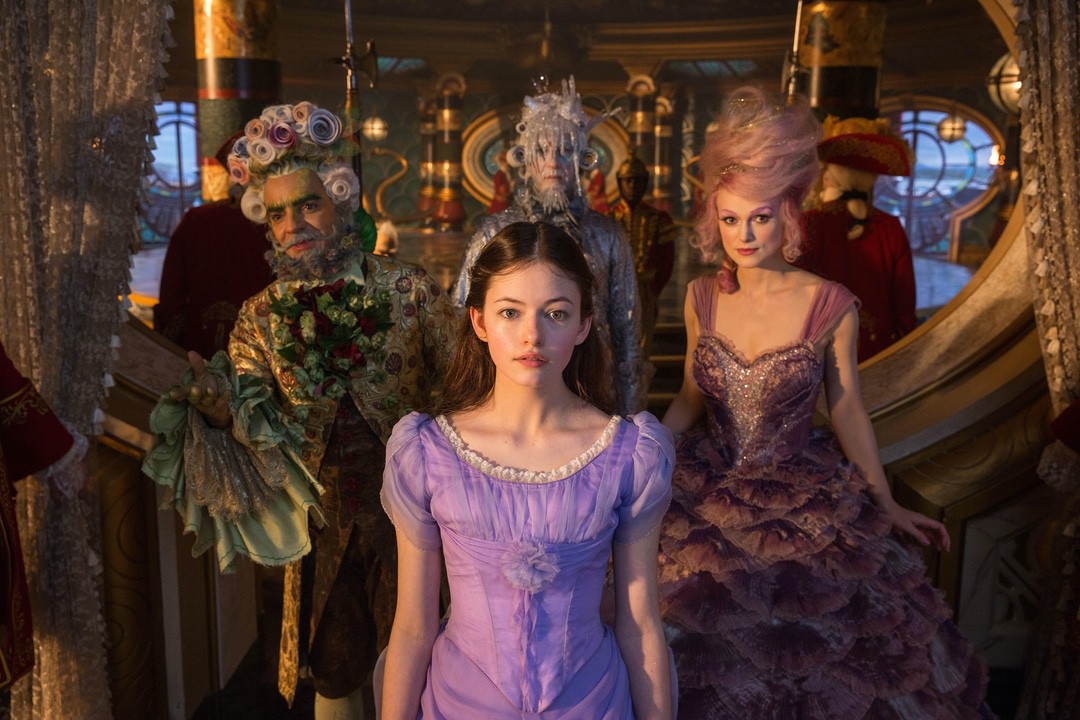 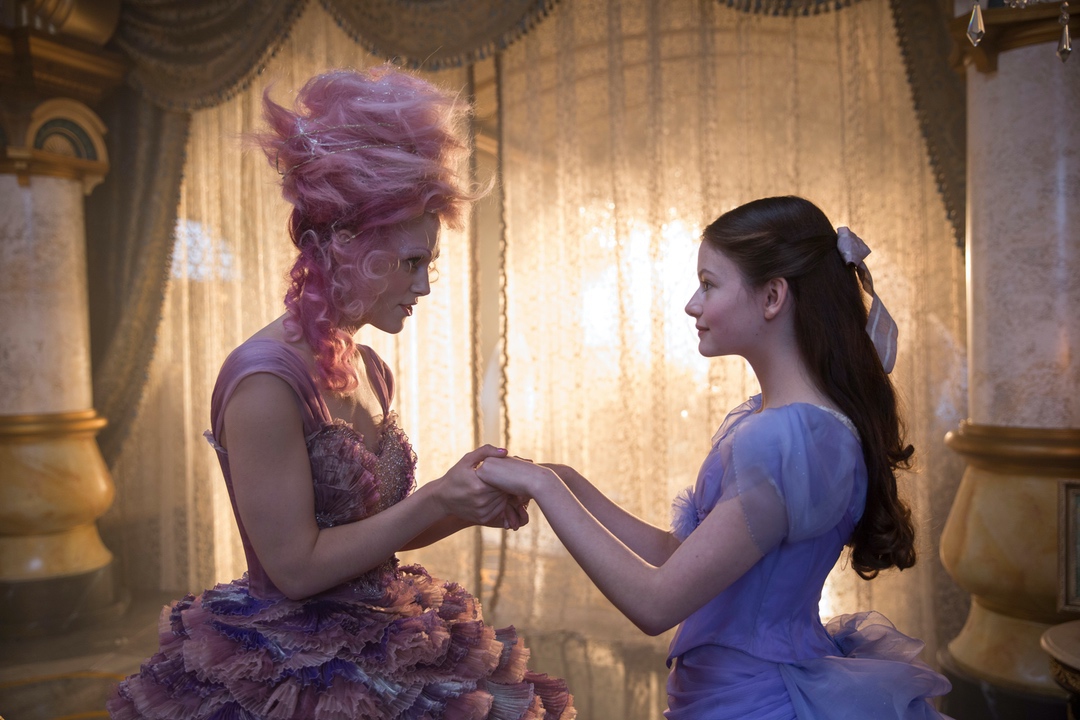 For over 90 years, The Walt Disney Studios has been the foundation on which The Walt Disney Company was built. Today, the Studio brings quality movies, music and stage plays to consumers throughout the world. Feature films are released under the following banners: Disney, including Walt Disney Animation Studios and Pixar Animation Studios; Disneynature; Marvel Studios; and Lucasfilm. The Disney Music Group encompasses the Walt Disney Records and Hollywood Records labels, as well as Disney Music Publishing. The Disney Theatrical Group produces and licenses live events, including Disney on Broadway, Disney On Ice and Disney Live!

2 lucky winners will receive The Nutcracker and the Four Realms on Blu-ray!!!

Who in your family would like to watch this movie?