Destiny 2 Available for XBOX One and PS4 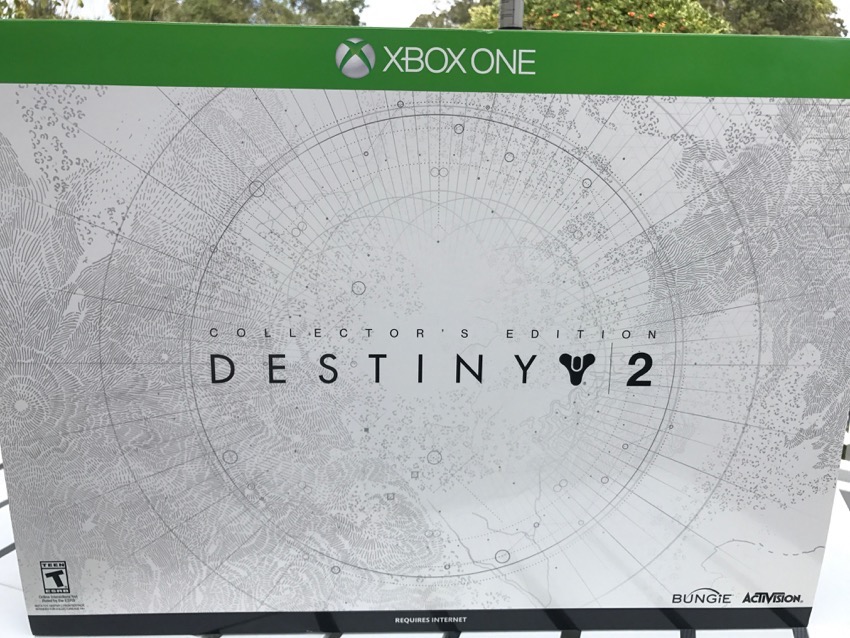 In our home, we have both an XBOX ONE and a PS4 and our kids love to play video games with these consoles. I had no idea our kids would be as excited about playing DESTINY 2 as they were when I showed them the package. In fact, apparently they had been talking to one another about getting the game someday. The package we received wasn’t just the game though – it was the Collector’s Edition and included a bunch of different goodies! 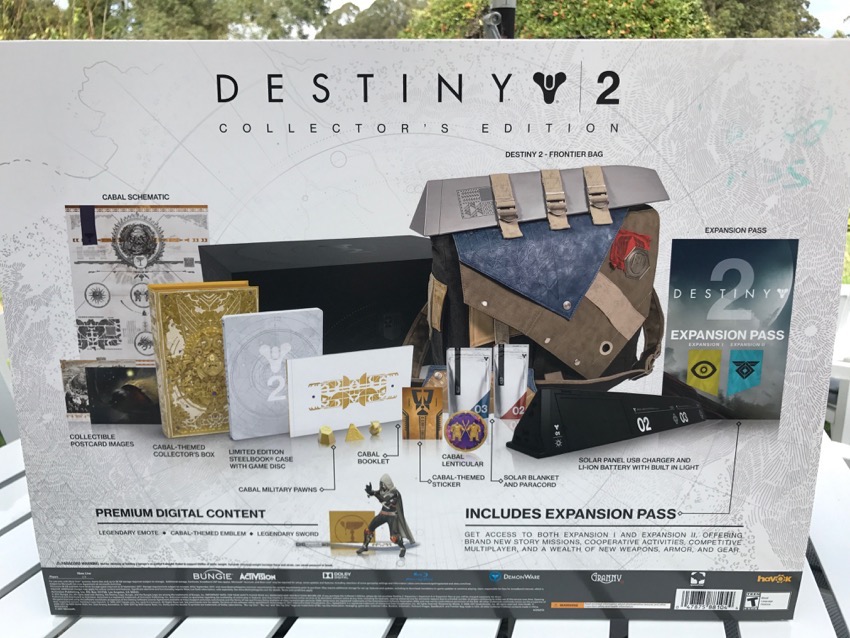 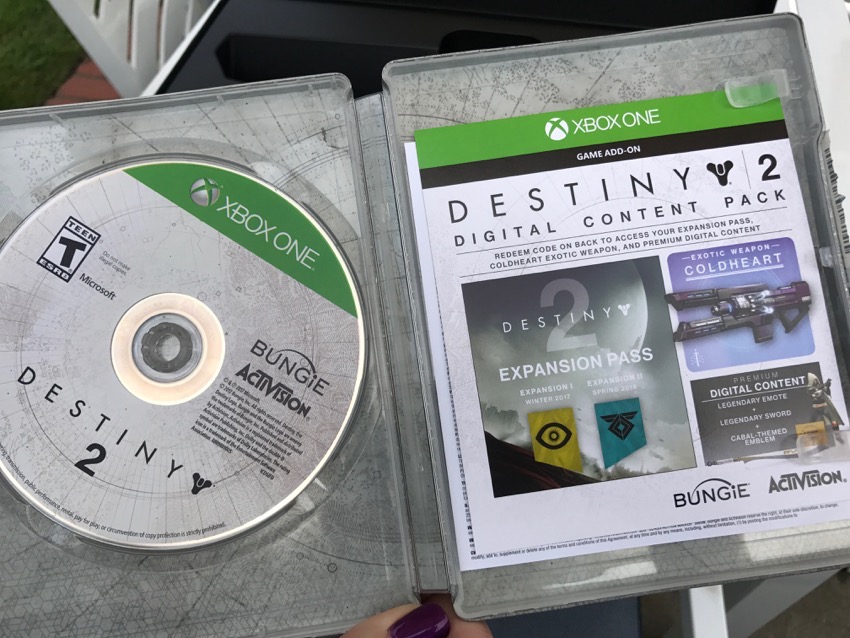 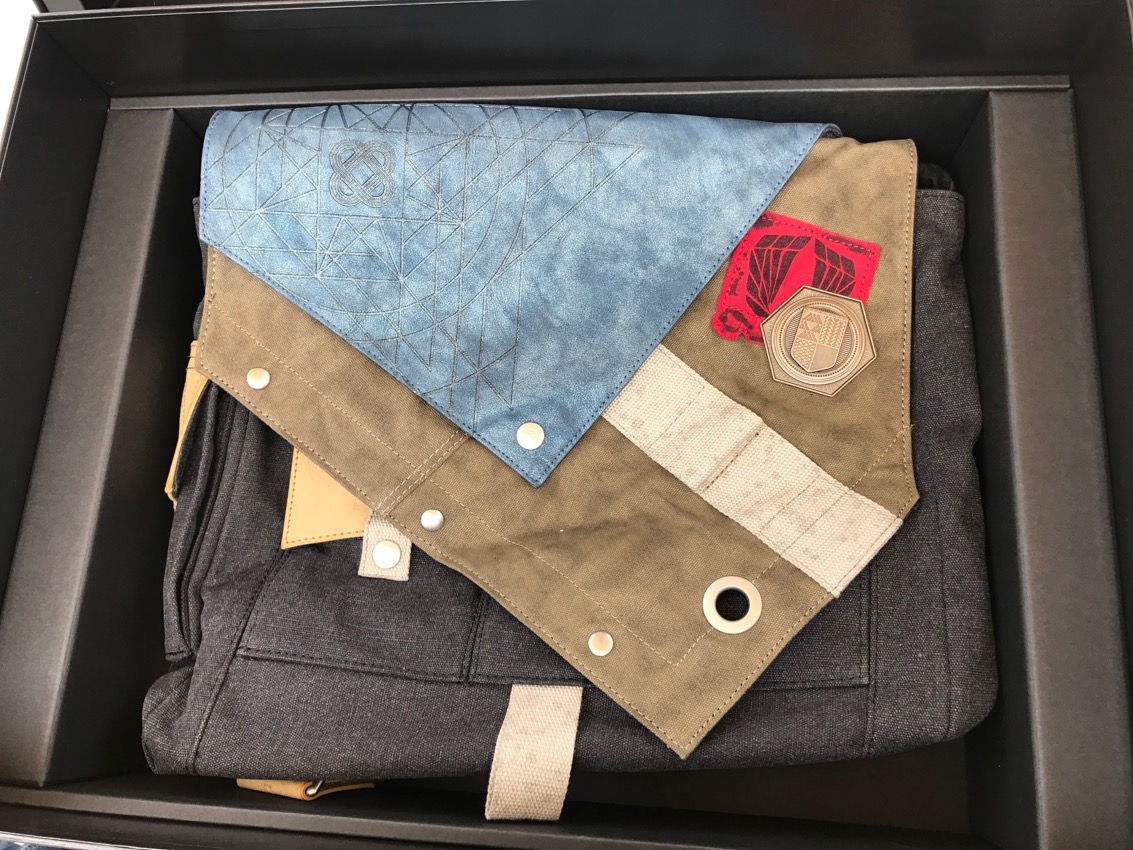 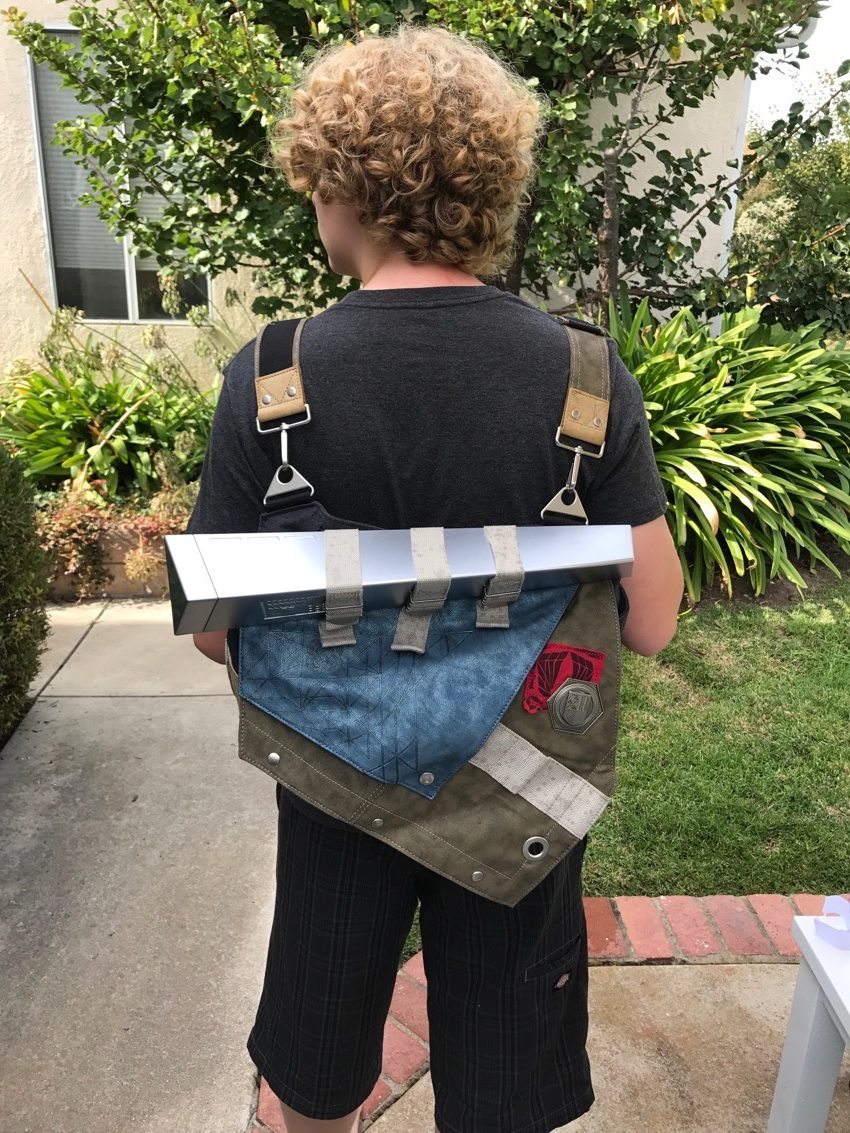 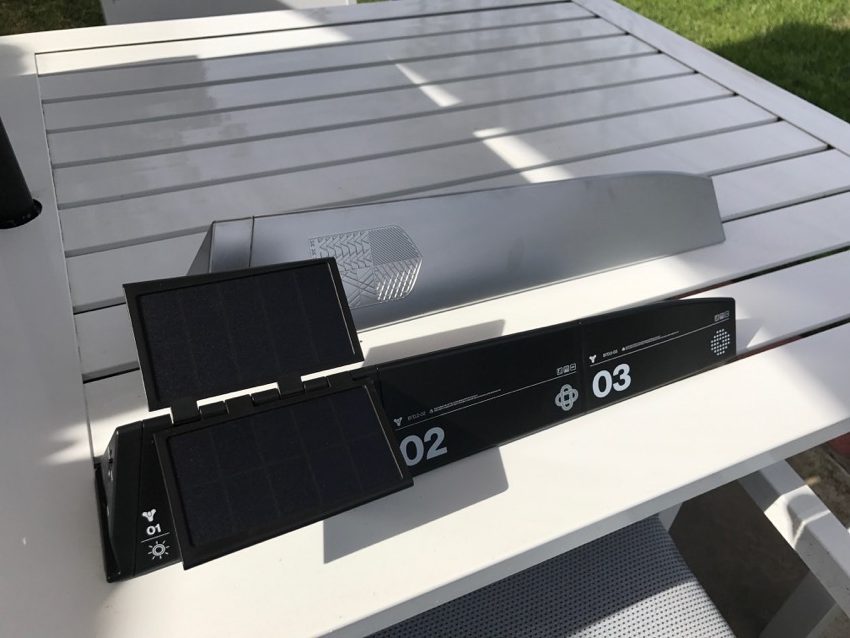 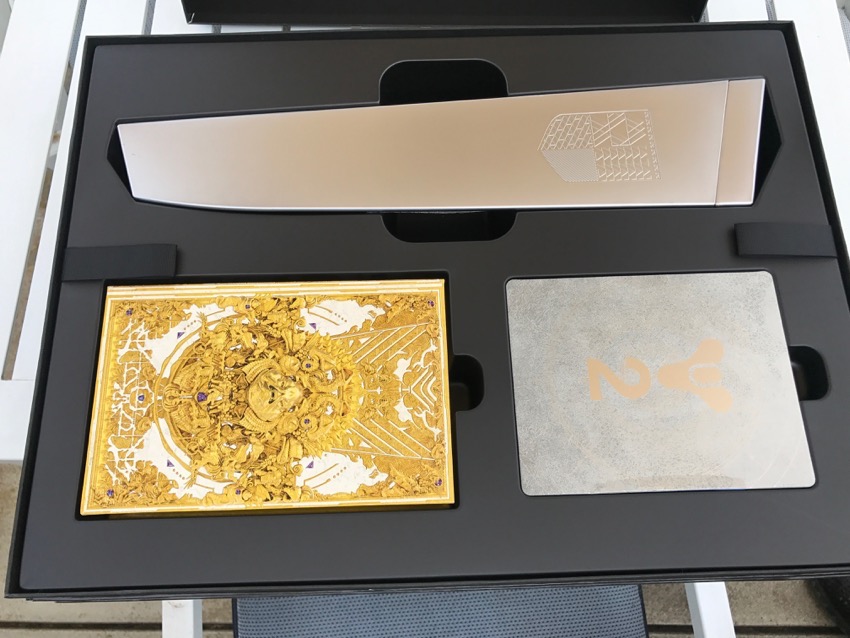 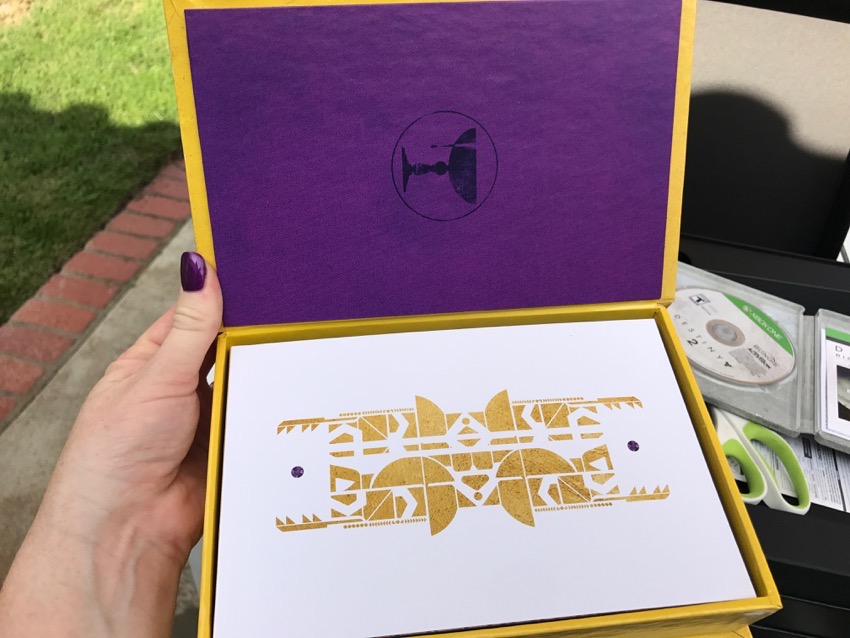 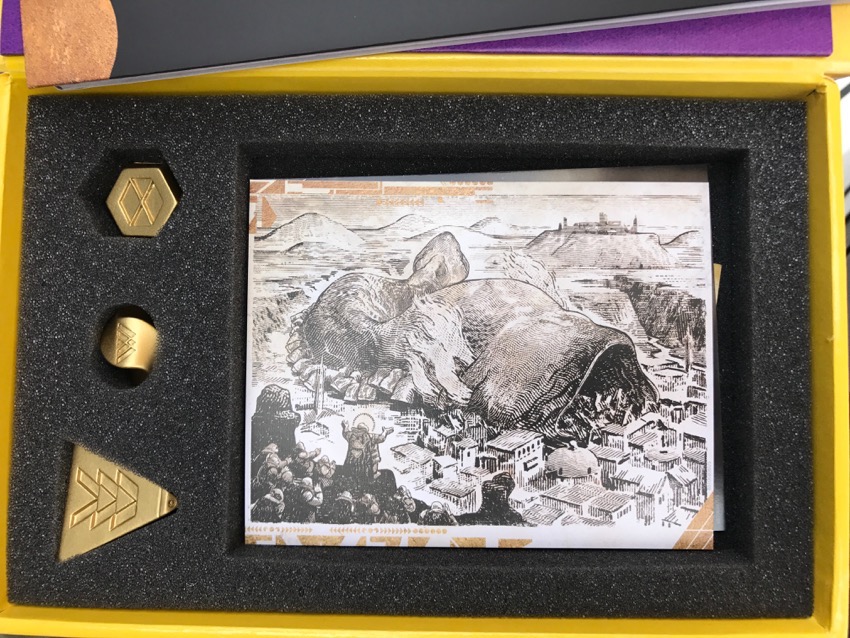 Now available, Destiny 2 for the XBOX ONE and PS4 hits an all-time high for the Franchise and is the Largest Ever Day 1 Sale Globally for the PlayStation Store. Bungie and Activision Publishing, Inc., a wholly owned subsidiary of Activision Blizzard, Inc. (NASDAQ: ATVI), delivered the world-renowned, first-person action game, Destiny 2, to players across the globe on September 6 on PlayStation®4 systems with additional, timed exclusive* content, and Xbox One (PlayStation®Plus or Xbox Live Gold subscription, respectively, required for significant features). The original Destiny became the biggest new console video game franchise launch in history, and Destiny 2 surpassed the original’s records for engagement and digital sales in launch week. This universe will welcome players in on a new platform next month for the first time on PC. Destiny 2 PC is available for pre-order now and is coming October 24 at retail and as the first non-Blizzard game to be offered digitally via Battle.net®, Blizzard Entertainment’s online gaming service.

“With franchise pre-order records broken, and record day-one performance on PlayStation Store, it’s exciting to see engagement at the highest ever week-one concurrency for the franchise. “Destiny 2 is off to a strong start as the #1 console gaming launch week of the year to date,” said Eric Hirshberg, CEO of Activision. “With the PC version yet to ship, Destiny2 sets the stage for being one of the biggest video game entertainment events of the year.”

Bungie CEO, Pete Parsons, said, “We hit some great milestones this week with our community.” He added, “We are blown away that we’ve had eight days in a row in Destiny 2 where we’ve seen more than one-million concurrent players grace our worlds. It’s equal parts inspiring and humbling, and we’re looking forward to showing everyone what’s coming next!”

For the third year in a row, Destiny is the #1 console-only game viewed on Twitch by minutes watched. Destiny 2, including its two betas, had more than 600M minutes watched on Twitch before the raid, a fan-favorite, endgame, 6-player gameplay experience started. The raid, called “Leviathan,” went live for players on Sept. 13 and immediately shot to the #1 position on Twitch based on total concurrent viewers.

Destiny 2 takes players on an epic journey across the universe to defend humanity from annihilation. The game welcomes new players to the universe, as well as those who have been devoted to the universe since the beginning, with an array of modes and activities to explore. In the story of Destiny 2, the last safe city on Earth has fallen and lay in ruins, occupied by a powerful new army. Players must master new abilities and weapons to reunite the city’s forces, stand together and fight back to reclaim their home.

In Destiny 2, every player creates their own character called a “Guardian,” humanity’s chosen protectors. Players can choose from playing the cinematic, story campaign, venturing into the expansive destinations to joining in cooperative modes including Strike missions. For competitive players, Destiny 2 offers intense 4v4 multiplayer matches in ‘The Crucible’. An all-new, community-oriented feature to be implemented in Destiny 2 started rolling out on Tuesday, and is called the ‘Guided Games’ system and helps players find groups to team up with to tackle Destiny 2’s most challenging activities.

Destiny 2 is rated T for Teen by the ESRB and is available at a suggested retail price of $59.99. The product line-up also features the Destiny 2 – Game + Expansion Pass Bundle at $89.99 SRP, the Destiny 2 – Digital Deluxe Edition featuring premium digital content at $99.99 SRP, the Limited Edition at $99.99 SRP, and the Collector’s Edition, featuring a fully-wearable Destiny 2– Frontier Bag, Expansion Pass, premium digital content and a Cabal-themed Collector’s Box for $249.99 SRP. 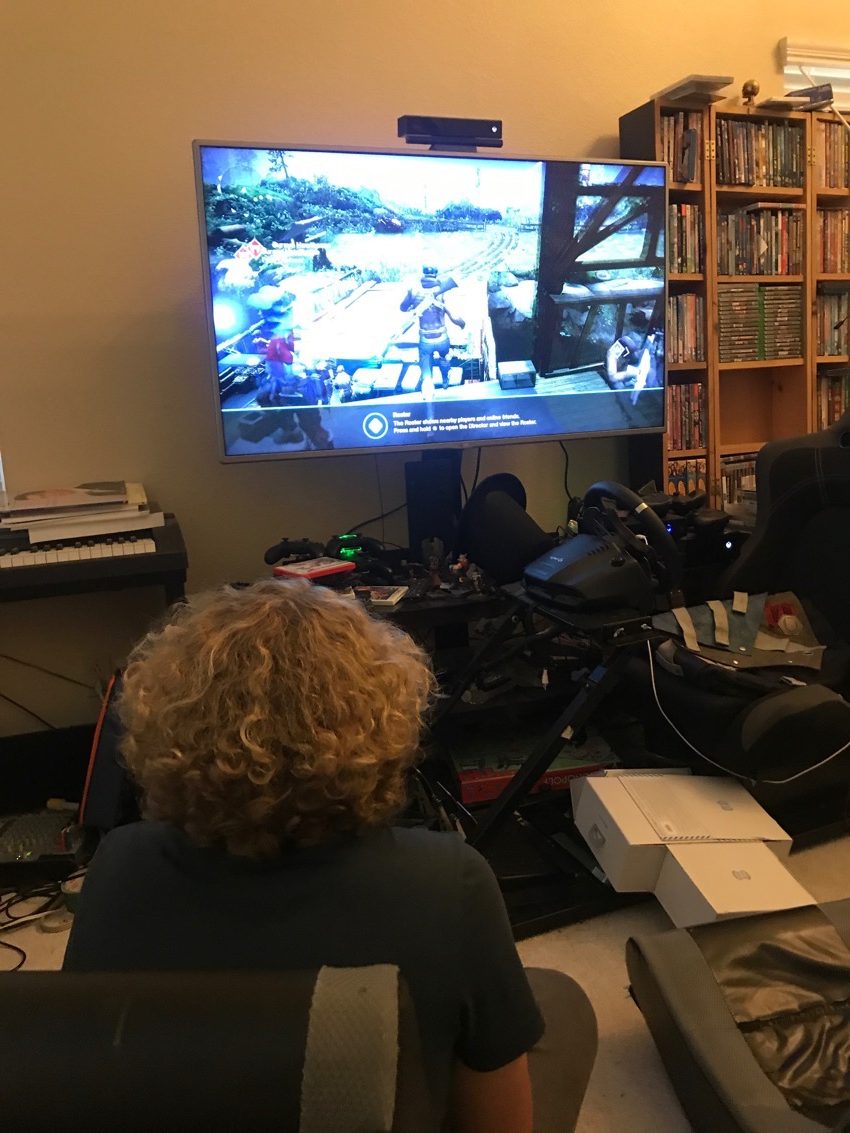 Bungie is an independent, employee-owned game development studio dedicated to creating hopeful worlds that inspire passionate player communities. For more than two-and-a-half decades that purpose has led to the creation of some of the industry’s most celebrated gaming franchises, includingMarathon, Myth, Halo, and Destiny. Today, Bungie is focused on creating new experiences and adventures for the Destiny 2community to share.

Headquartered in Santa Monica, California, Activision Publishing, Inc. is a leading global producer and publisher of interactive entertainment, including Call of Duty®, Destiny,Skylanders and Crash Bandicoot some of the world’s most successful interactive entertainment franchises. Activision maintains operations throughout the world and is a division of Activision Blizzard (NASDAQ: ATVI), an S&P 500 company.  More information about Activision and its products can be found on the company’s website, www.activision.com or by following @Activision.

Who in your family would enjoy the Destiny 2 Collector’s Edition?

56 Responses to “Destiny 2 Available for XBOX One and PS4”