Carrot Top – I’d heard of Carrot Top before, but only knew that he was a redhead. When we saw him, I really enjoyed it and laughed pretty dang hard! It was so good that we took my in-laws to see him when they went to Vegas. Luxor Las Vegas Hotel and Casino features Carrot Top, “Best Male Stand-Up Comedian!”

Blue Man Group – We really enjoyed the Blue Man Group. When you go, I highly recommend a tub of popcorn and beer! Blue Man Group will rock your world, blow your mind, and unleash your spirit. Leave your expectations at the door and let three bald and blue men take you on a spectacular journey bursting with music, laughter and surprises. 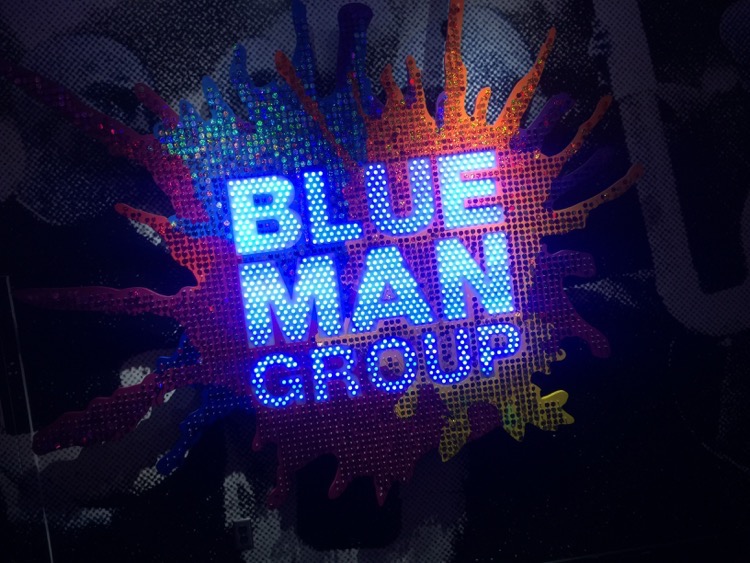 Legends Concert – Las Vegas is home to the world famous Legends in Concert, which is located at the Flamingo Las Vegas. The show performs year-round six nights per week. Legends, hailed as a “Las Vegas Strip Institution” by the media, was first introduced in 1983 at the Imperial Palace Hotel & Casino and moved to the Flamingo property in 2013. One of few remaining showrooms set in the old Vegas style with tiered showroom seating, the Donny & Marie Showroom seats more than 700 guests, and includes VIP booths. The talented performers pay tribute to a select group of superstars from the past and present. Not only do they sound like the original stars, they look and perform like them too. It was a really entertaining show.

Jim Jefferies – When we saw Jim Jefferies, we saw him at the Terry Fator theater. He was funny, but also kicked one of the audience members out of the theater for being obnoxious. I’d never seen anything like it before! Jim Jefferies has firmly established himself as one of the most popular and respected comedians of his generation, with a controversial and belief-challenging standup style that continues to surprise and entertain audiences across the globe. Jefferies is currently at work on Freedumb, his fifth major standup special in seven years. The show was filmed in Nashville and will premiere on Netflix later this year. He is not only one of the best-selling touring comics but has also found critical success in his acting endeavors.

These were a lot of fun to go to, but I would also love to see some of the shows by singers like Britney Spears, Celine Dion and Jennifer Lopez in the future!

What is your favorite show in Vegas?

One Response to “Las Vegas Shows to See”