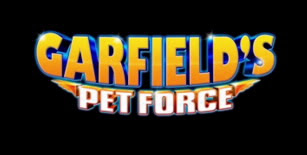 ” – available on DVD. The DVD was released by Fox Home Entertainment on Tuesday, June 16th, 2009. My kids were so excited when the saw the movie arrive in the mail. They yelled “Garfield” and put it into the DVD player. Then they went and put on their superhero costumes and watched the movie with smiles and cheered while it was playing! 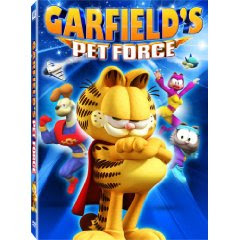 In “Garfield’s Pet Force,” you’ll enjoy watching an interstellar battle between the characters of Cartoon World and the evil Vetvix who’s set on controlling the whole universe. In this great movie, you’ll see the superhero versions of Garfield, Odie, Nermal, and Arlene, who end up finding themselves in trouble with Vetvix. The fearless superheroes have to convince their earthly counterparts to help save the universe!

Garfield is one of the most beloved and enduring icons in the world and has just celebrated his 30th Birthday! He has over 200 million readers and counting – wow! Plus, there have been more than eleven million DVDs sold to date. On the DVD, “Garfield’s Pet Force,” you’ll also find an exclusive “Professor Wally’s Moscrambulator” DVD-ROM game where you can build your own superhero.

3 lucky readers on The Mommy-Files will win a copy of “Garfield’s Pet Force!”