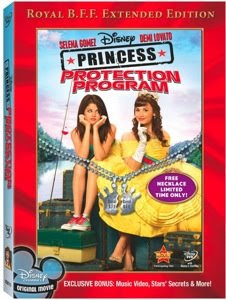 I was excited to receive and watch Disney’s “Princess Protection Program” on DVD. My boys watched it with me and we enjoyed it! It was a light-hearted, fun family film that you and your family will enjoy.

,” a Disney Channel Original Movie. It premiered Friday, June 26th on the Disney Channel and was made available on DVD on Tuesday, June 30th, 2009. The “Royal B.F.F. Extended Edition” also became availabe on Disney DVD on June 30th. The Extended DVD features an exclusive new music video of “One and the Same” performed by Selena Gomez and Demi Lovato, a behind-the-scenes look at the film with the teen stars, and a free B.F.F. necklace set. 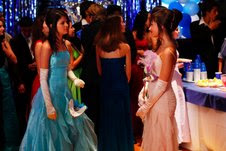 “Princess Protection Program” is about two girls who are very different – one is a princess from a small kingdom and the other is a small town girl. Fate brings them together and they must team up to help the would-be-queen pass as a regular teen. In the movie, Carter Mason, a rural Louisiana teen, meets Rosalinda Marie Montoya Fiore, the soon-to-be teenage monarch of the tiny country of Costa Luna. The two meet after Carter’s faterh, an agent in the covert International Princess Protection Program, rescues Rosalinda from a military take-over. He whisks Rosalinda to a PPP base where she receives a temporary new identity, Rosie Gonzalez, and is put in his care until order is restored in Costa Luna. When he arrives back to Lake Monroe, both teenagers are shell-shocked when Rosie moves into Carter’s room and the princess, posing as Carter’s visiting cousin from Iowa, begins adjust to country life and enrolls in Carter’s school. Even though they are different, the girls slowly learn that not only do they have a lot to like about each other, but they have lessons to learn as well. Rosie nominates Carter for homecoming queen. Carter then helps her new best friend to regain her throne, even if it means putting her own well-being at risk. The movie also starsTom Verica (“American Dreams”) as Joe Mason, Jamie Chung (“Samurai Girl”) as Chelsea, Nick Braun as Ed, Samantha Droke
(“Horton Hears a Who!”) as Brooke and Robert Adamson as Donny. 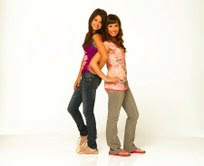 The story “Princess Protection Program” was written by David Morgasen (“Son of the Beach”) and Annie DeYoung (Disney Channel’s “Johnny Kapahala: Back on Board”). The teleplay was written by Annie DeYoung. The producer is Danielle Weinstock (“Weeds”). The movie was
directed by Allison Liddi-Brown (“Friday Night Lights”) and executive-produced by Douglas Sloan (Disney Channel’s “Minutemen”). It carries a TV-G parental guideline.