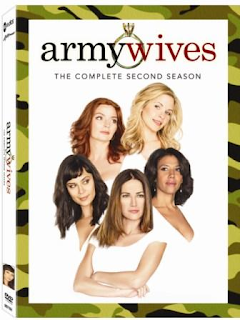 I had never heard of Army Wives until I had the opportunity to review their Second Season. I have to say that I really like the show. I found myself crying at different points in the show. Army Wives is a heartfelt show and I can’t imagine what the families of those serving in the military must be going through when their enlisted family members are away from them in war. I can’t wait until the third season comes out on DVD.