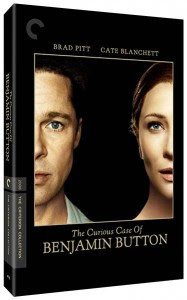 I love Brad Pitt and have enjoyed some of Cate Blanchett’s roles, but wasn’t sure what to expect from “The Curious Case of Benjamin Button.” I had heard some bad things about the movie but also heard some really good things about it. I wanted to find out for myself. The beginning was hard to watch (to see a baby or 80 year old man as deformed looking as he was), but I grew intrigued by his character and his “mama.”

Benjamin Button (Brad Pitt) is born as an 80 year old man. His mother dies in child birth and his father leaves him on someone’s doorstep, promising his dying mother he would keep him safe. This someone becomes his mother. She takes care of him along with the other elderly people in a home she works at. Instead of growing older on the outside, Benjamin Button gets younger on the outside, as his inner body grows older.

Throughout his life, he meets different people and makes new friends. He grows and learns to love himself as well as others. He meets his dad and helps his dad through his dying days. He falls in love with a girl he once knew (now a woman he can date). She helps him and is there for him until the end (even when he no longer remembers her). I don’t want to give away too much more about the story, but it is definitely a movie you want to see.

Overall, it was a REALLY GOOD movie and one I am happy to own and tell others about. I recommend it to anyone who loves a good love story and feel-good movie. 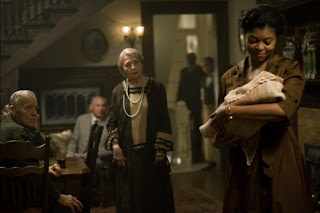 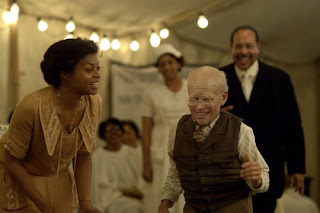 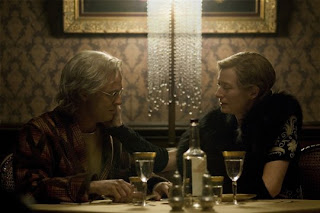 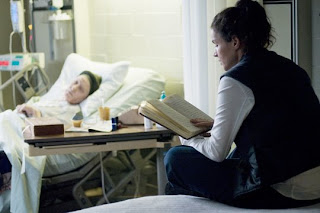 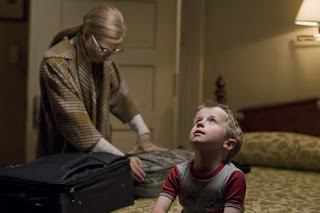 – The Curious Birth of Benjamin Button—four-part documentary:
– Academy Award-nominated director David Fincher introduces the surprising beginnings of what would become an epic masterpiece including the casting of Brad Pitt and Cate Blanchett, the decision to change the location of the story to New Orleans and more.
– Follow the production from day one including the challenges of aging Brad Pitt and Cate Blanchett, designing over five thousand costumes and creating the animatronic baby.
– Explore the incredible visual effects techniques created specifically for the film that allowed Brad Pitt to play the title character at virtually every age. Also includes a visit to the scoring stage with composer Alexandre Desplat.
– Walk the red carpet at the film’s premiere in New Orleans, with final thoughts from cast and crew.
– Audio Commentary by director David Fincher

There is also a single-disc DVD presentation that includes the feature film.