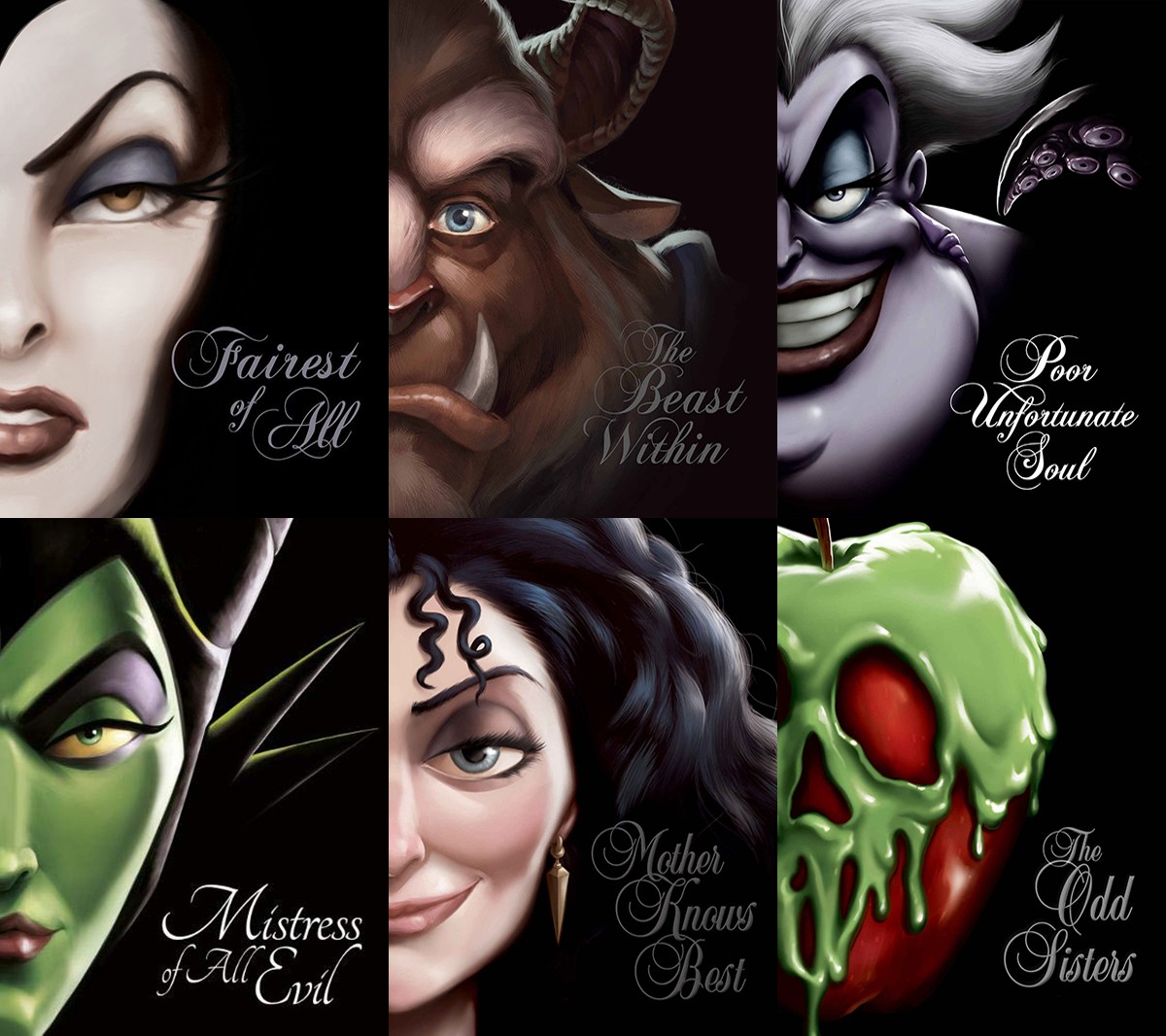 I’ve been a Disney fan for a long time and was super intrigued when the Disney VILLAINS Series was released! There are currently six books in the Disney VILLAINS Series – featuring The Wicked Queen (Snow White), The Beast (Beauty and the Beast), Ursula (The Little Mermaid), Maleficent (Sleeping Beauty), Mother Gothel (Tangled), and the Odd Sisters (The Wicked Queen, The Beast, Ursula, Maleficent, and Mother Gothel). On July 7th, a new edition featuring Cruella De Vil (101 Dalmations) will be available for purchase.

ABOUT THE BOOK & SERIES

THE VILLAINS SERIES by Serena Valentino

Where most Disney Classic titles appeal to younger readers, Serena Valentino’s darkly twisted Villains series is perfect for upper middle-grade, YA, and even adult audiences. Readers who crave twisted origins will love these wickedly dark tales about classic Disney villains.

Serena Valentino has been weaving tales that combine mythos and guile for the past decade. She has earned critical acclaim in both the comic and horror domains, where she is known for her unique style of storytelling, bringing her readers into exquisitely frightening worlds filled with terror, beauty, and extraordinary protagonists. The books in her best-selling Villains series are best enjoyed when read in the following order: Fairest of All, The Beast Within, Poor Unfortunate Soul, Mistress of All Evil, Mother Knows Best, Odd Sisters, and Evil Thing. 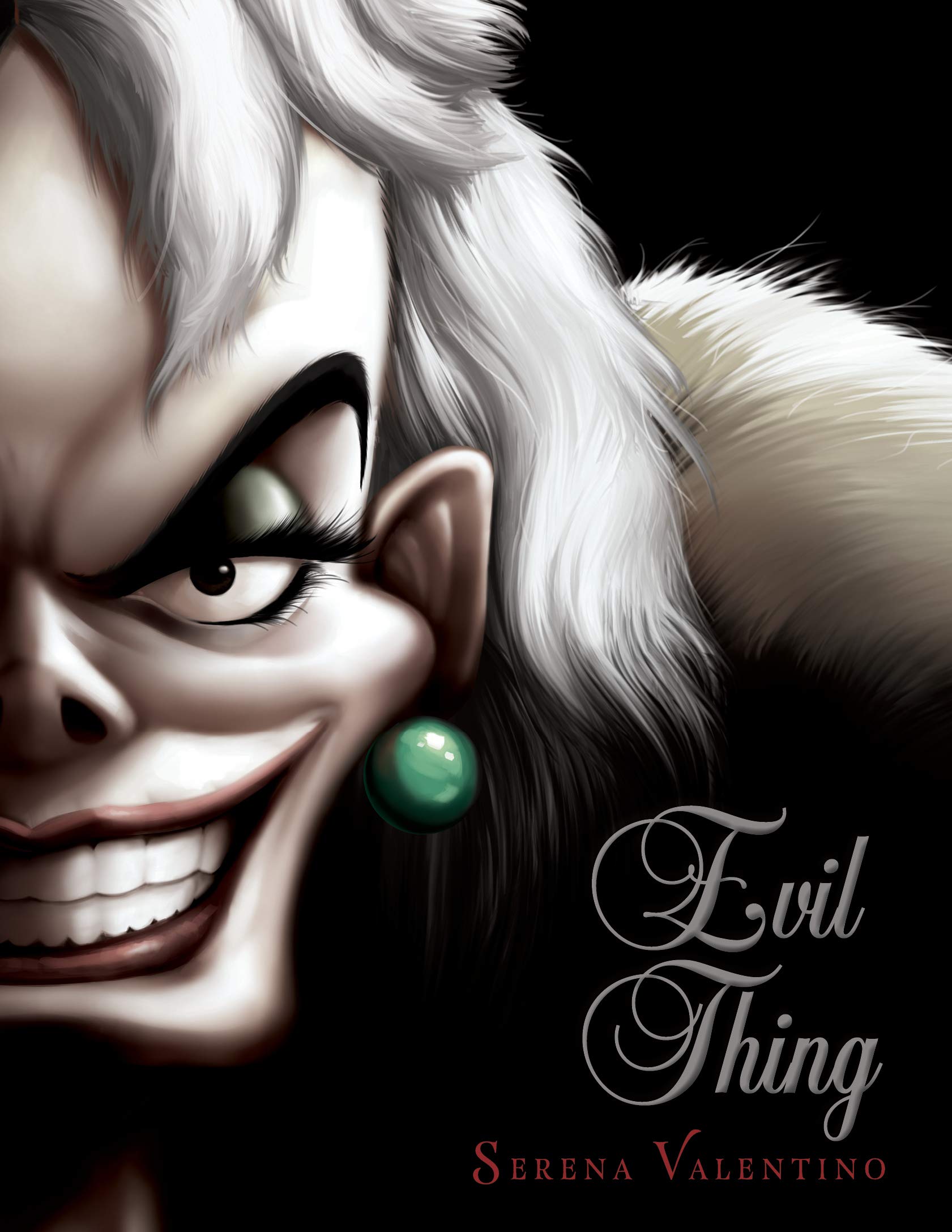 NEXT IN THE SERIES:

The darkly captivating seventh novel in the popular Villains series follows the rise and fall of the deranged and glamorous fan favorite, Cruella De Vil. If it doesn’t scare you, no evil thing will…

Never before have we gotten Cruella’s perspective on the story of 101 Dalmatians. Evil Thing reframes the classic tale from her point of view, as a darkly funny, maniacally mean memoir. Readers who crave twisted origins will love this wickedly dark tale, and new readers will find this novel an enticing entry point to the rest of the series.

From her lonely childhood, to her iconic fashion choices, to that fateful car crash (you know the one), Cruella tells all in this marvelous memoir of a woman doomed. Even the cruelest villains have best friends, true loves, and daring dreams. Now it’s Cruella’s turn to share hers.

This latest novel by the author of the wildly popular and darkly fascinating Villains series brings readers a tale told by the Evil Thing herself. A tale of the complicated bonds of female friendship, of mothers and daughters, and of burning, destructive desire.

After all, nothing is as simple as black and white.

1 lucky winner will receive a Disney VILLAINS EVIL THING prize pack!! Want more Disney VILLAINS? Enter for a chance to win the latest two books in the series: The Odd Sisters and Mother Knows Best, plus a Cruella de Vil tote so that you can get excited for her story, coming this summer!

Giveaway open to US addresses only. Prizing and samples provided by Disney Book Group.

Do you have a Disney Villains fan in your home?