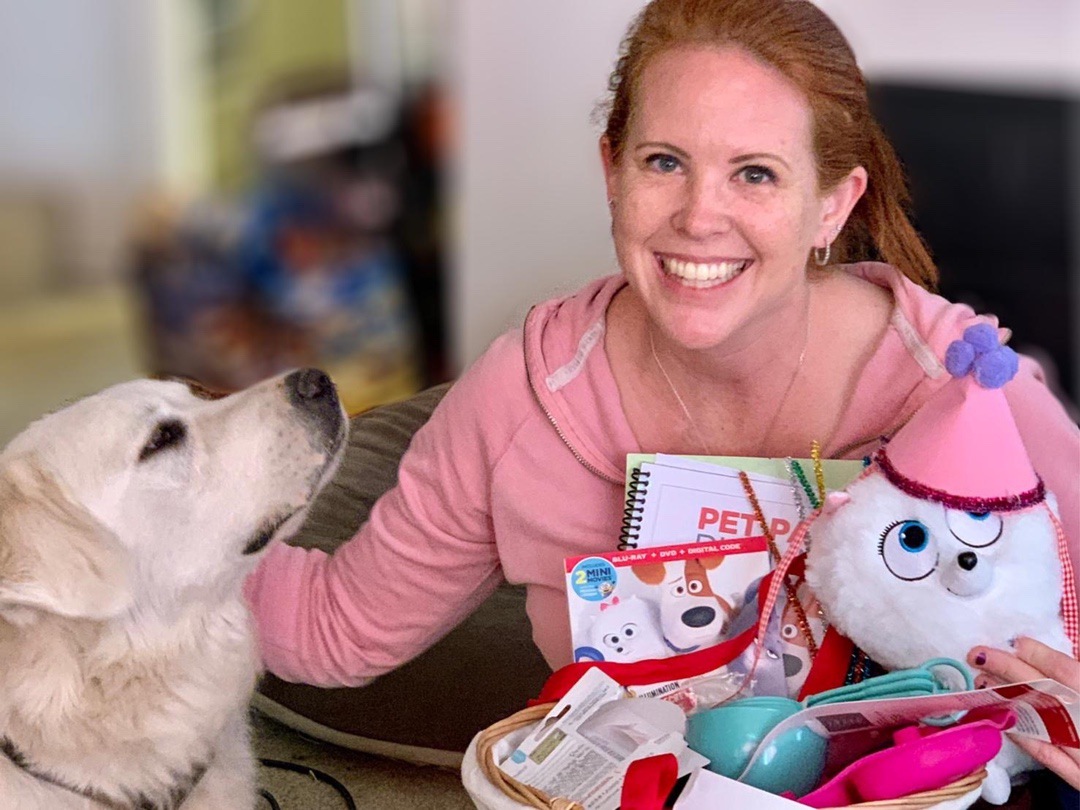 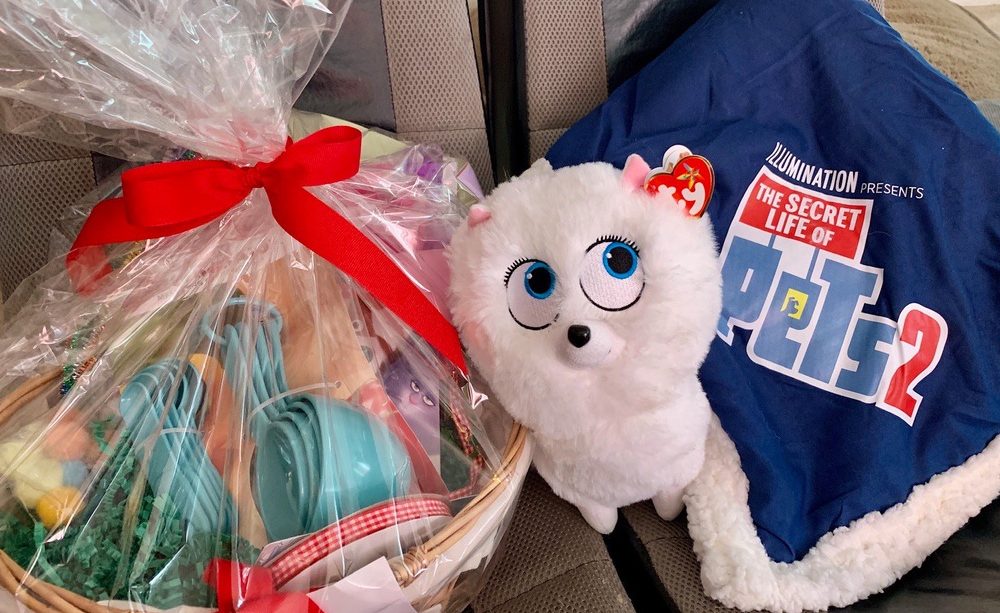 In celebration of the release of The Secret Life of Pets 2 on Blu-ray and DVD, we received this fun Pet Party + Swag Kit! Our dogs were very curious as to what was inside! Included in this cute movie kit was The Secret Life of Pets on Blu-ray/DVD and some other goodies to make a Paw-some Party! We are looking forward to making the donuts for dogs and even tried putting the hats (made for cats) on our dog. It was pretty funny (sorry about the not-perfectly-clear photos, but dogs are hot to photograph)!!! 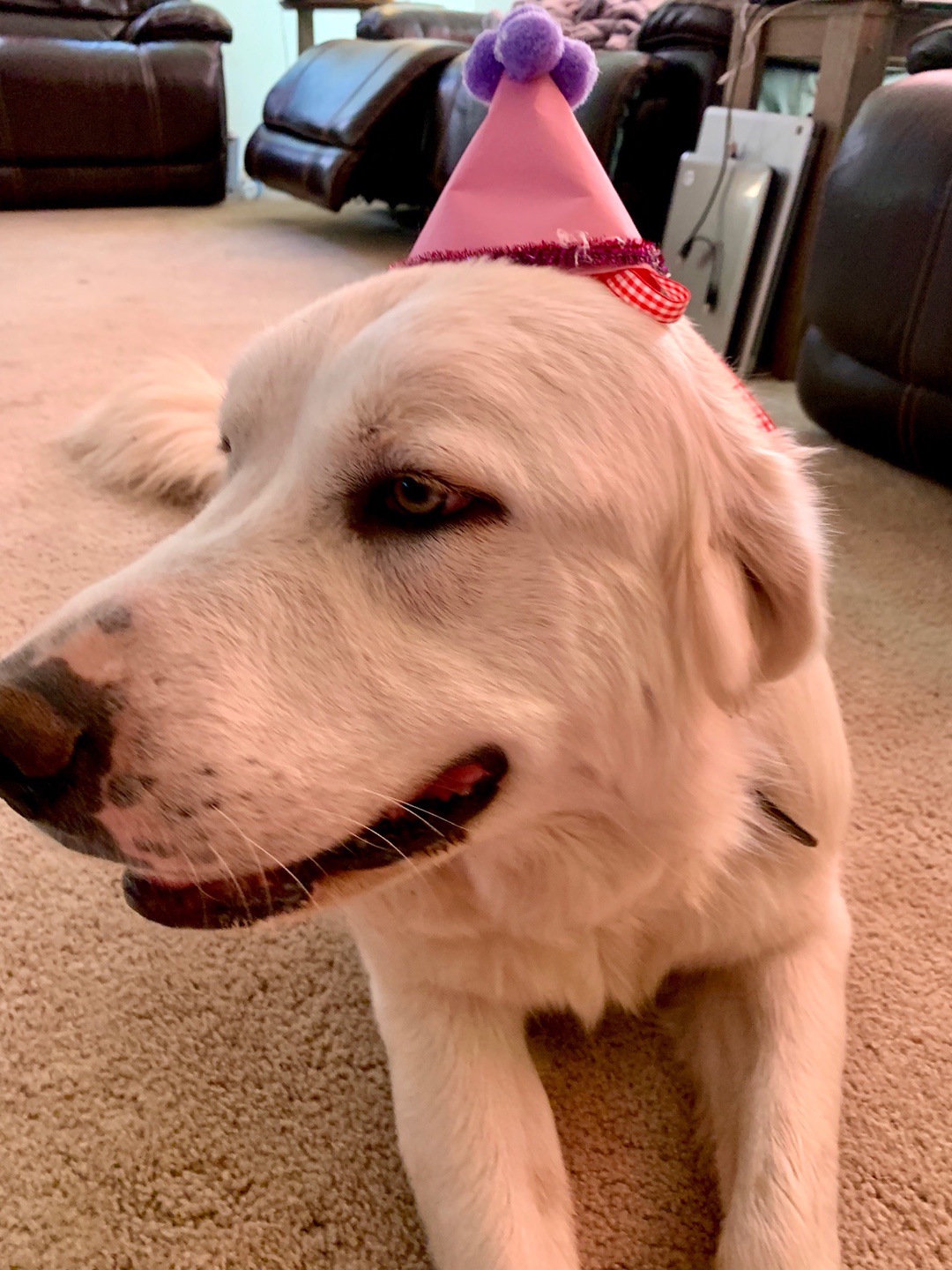 ABOUT THE SECRET LIFE OF PETS 2

The Secret Life of Pets 2 explores the emotional lives of our pets, the deep bond between them, the families that love them and answers the question: What are your pets really doing when you’re not at home? Terrier Max (Patton Oswalt) is coping with major life changes after Katie’s marriage and the arrival of a toddler, Liam. Meanwhile, Gidget (Jenny Slate) tries to rescue Max’s favorite toy from a cat-packed apartment with a little help from her feline friend, Chloe (Lake Bell), who has discovered the joys of catnip. And Snowball (Kevin Hart) believes, despite the other pets‘ teasing, that he’s a superhero after his owner starts dressing him in superhero pajamas. But when Daisy (Tiffany Haddish), a fearless Shih Tzu, shows up to ask for Snowball’s help on a dangerous mission, he’ll have to summon the courage to become the hero he’s been pretending to be.

From Illumination, the studio that brought you the original Despicable Me, Minions and Sing franchises, the highly anticipated follow up to the hit animated film led by a star-studded comedic cast reunites all of our favorite Pets and their growing families in a new chapter that explores the deep bond between them and the humans that love them. The 4K Ultra HD, Blu-ray, DVD and Digital versions of the film are packed with more than 90 minutes of bonus content only when you own, including two brand new, laugh-out-loud funny mini-movies – Super Gidget, featuring the film’s adorable Pomeranian Gidget and her best friend Max and Minion Scouts, starring everyone’s comical little helpers, the Minions. Additionally included are deleted scenes, DIY and drawing tutorials as well as a special interactive Captain Snowball Motion Comic allowing viewers to direct our boisterous bunny hero on his next move exclusive to the 4K Ultra HD and Blu-ray versions! As the dog days of summer come to an end, join this endearing cast of four-legged for a quality movie night of family fun with the film that uniquely reminds us of why we love our own pets and what makes them so special. 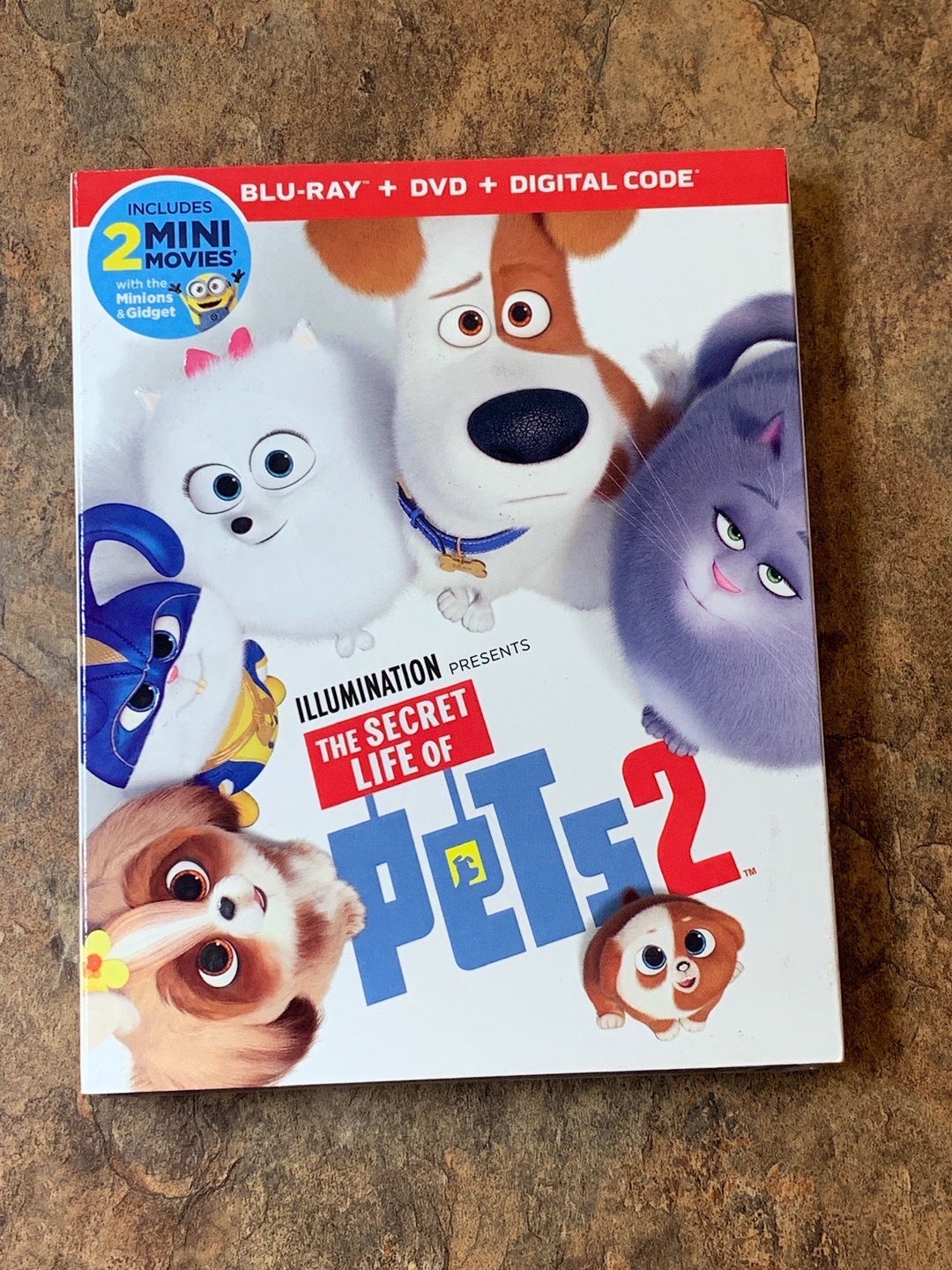 How would you like to own The Secret Life of Pets 2 on Blu-ray/DVD? Check out this giveaway!!!

1 lucky winner on Redhead Mom will receive a copy of The Secret Life of Pets 2 on Blu-ray/DVD!!!

Tell me in a comment who you would like to watch The Secret Life of Pets 2 with.