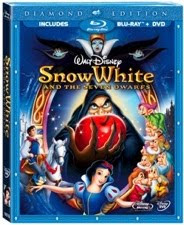 Based on popular Demand, Walt Disney Studios Home Entertainment will extend Worldwide Blu-ray Combo Pack efforts through December 2010. There is value, quality, and versatility included in the purchase of any Disney-Branded Blu-ray disc. 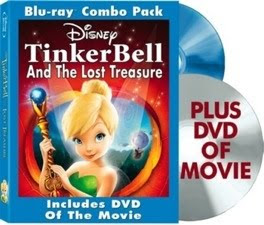 This is important in a time when price, quality, and value are priority in the minds of consumers. “In a recent online survey* of US home entertainment consumers conducted by WDSHE and an independent market research company, Lieberman Research Worldwide showed that the value of the Combo Pack is undeniable for consumers. More than 77% consumers that intend to embrace Blu-ray technology in the near future agree that Combo Packs are a better value than purchasing a DVD or Blu-ray alone. 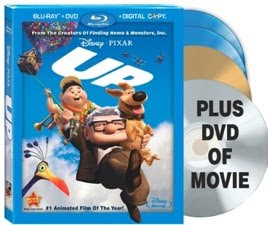 “Since introducing the industry’s first Blu-ray Combo Pack in Fall of 2008, we’ve seen tremendous consumer interest towards the purchase of product that come fully-loaded with extras that fit into their budgets, desires and lifestyles,” commented Bob Chapek, President of Walt Disney Studios Home Entertainment. “The Disney Blu-ray Combo Pack is the perfect marriage of value, quality and versatility all wrapped-up in a single package.”

Some of the upcoming Combo Pack titles families can look forward to include an exciting new slate of Disney-branded theatrical, Diamond and Video Premiere titles, such as Hannah The Montana The Movie, Snow White and the Seven Dwarfs, Tinker Bell and the Lost Treasure, UP and Santa Buddies.

WDSHE first pioneered the Combo Pack – a Blu-ray Disc plus a standard definition DVD in a single package – with the Blu-ray release of Sleeping Beauty in October of 2008 to, at the time, allow consumers without Blu-ray players the opportunity to “future proof” their collections. Today, you can find two different models of the Disney Blu-ray Combo Pack on shelf: (1) A Blu-ray + DVD and/or (2) A Blu-ray + DVD + DisneyFile Digital Copy of the movie. Additional Blu-ray Combo Packs current available in the marketplace include Race To Witch Mountain, Bedtime Stories, Bolt, Pinocchio and High School Musical 3: Senior Year.

In addition to the exceptional picture, sound and hours of extra bonus features provided on all Disney Blu-ray Discs, consumers can also take advantage of watching their favorite films across multiple formats of choice. For example, The Blu-ray Disc can be used at home to maximize high definition home entertainment systems, the DVD in the car, and the Digital Copy on a PC or mobile device.